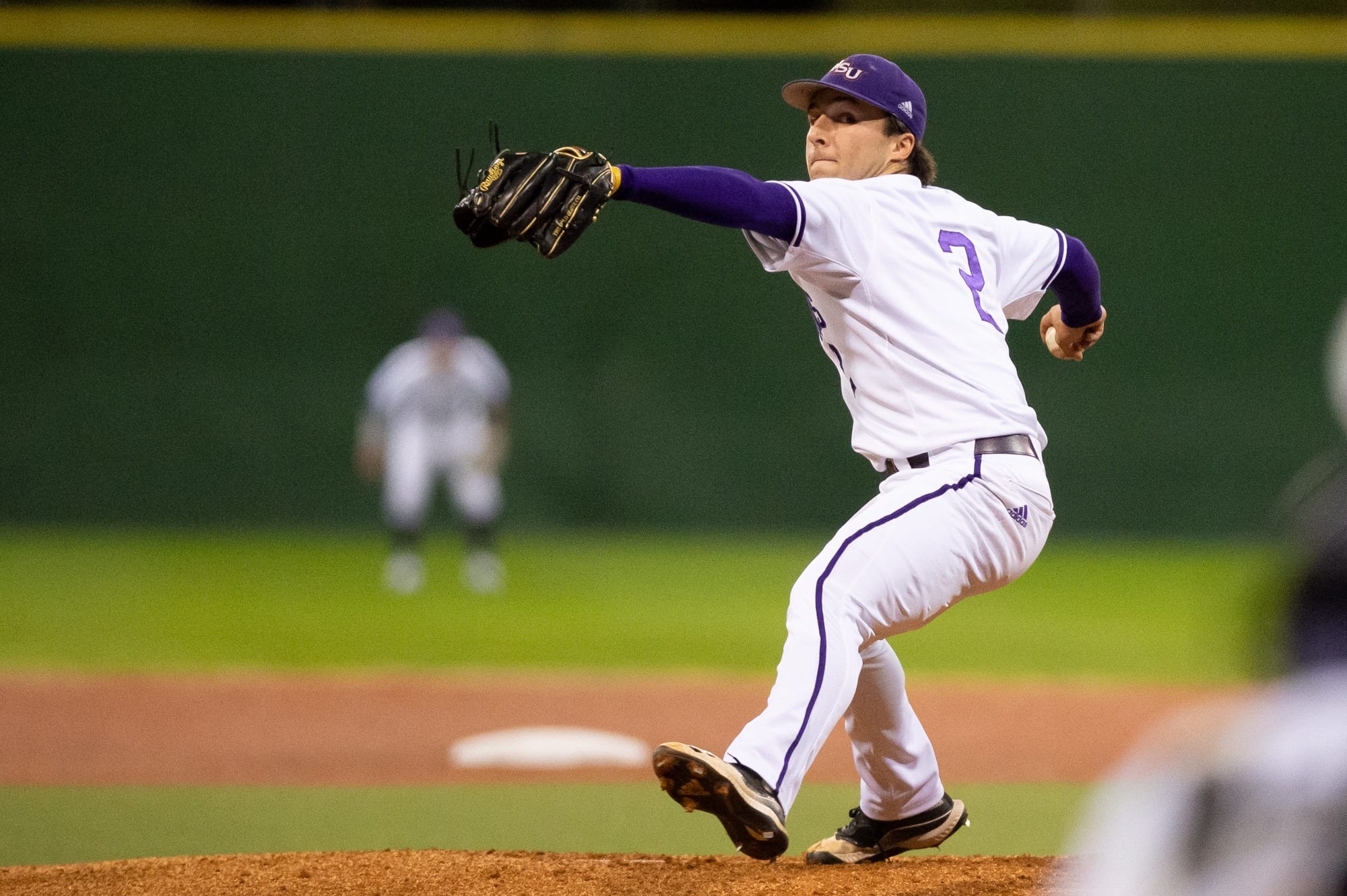 NATCHITOCHES – Logan Hofmann potentially was headed for a record-breaking season when the novel coronavirus/COVID-19 pandemic stopped college baseball in mid-March.

What Hofmann compiled in his four starts for Northwestern State was more than enough to make him the seventh All-American in program history as he earned second-team All-American honors from Collegiate Baseball Magazine on Tuesday.

A junior right-hander from Muenster, Saskatchewan, Canada, Hofmann finished the abbreviated season 4-0 with a 0.00 ERA in 28 innings, striking out 38 batters. Hofmann was one of eight players to finish the season with a 0.00 ERA, but no other pitcher threw as many innings as the Demon ace.

His four wins tied for second nationally while his 38 strikeouts led the Southland Conference and ranked 22nd nationally. Hofmann tallied two double-figure strikeout games in four starts, fanning 11 Eastern Illinois hitters on Feb. 28 and 10 North Alabama batters on Feb. 21. He never struck out fewer than eight hitters, a mark he set in seven shutout innings against Wichita State on Feb. 14.

“Logan was in the middle of having one of the best seasons we have seen on the mound at Northwestern State,” fourth-year head coach Bobby Barbier said. “His competitiveness is unmatched. He is very deserving of this prestigious award.”

Hofmann’s selection marks the third time in the past five seasons in which a Demon has earned All-American honors, joining Oller and David Fry (2018).