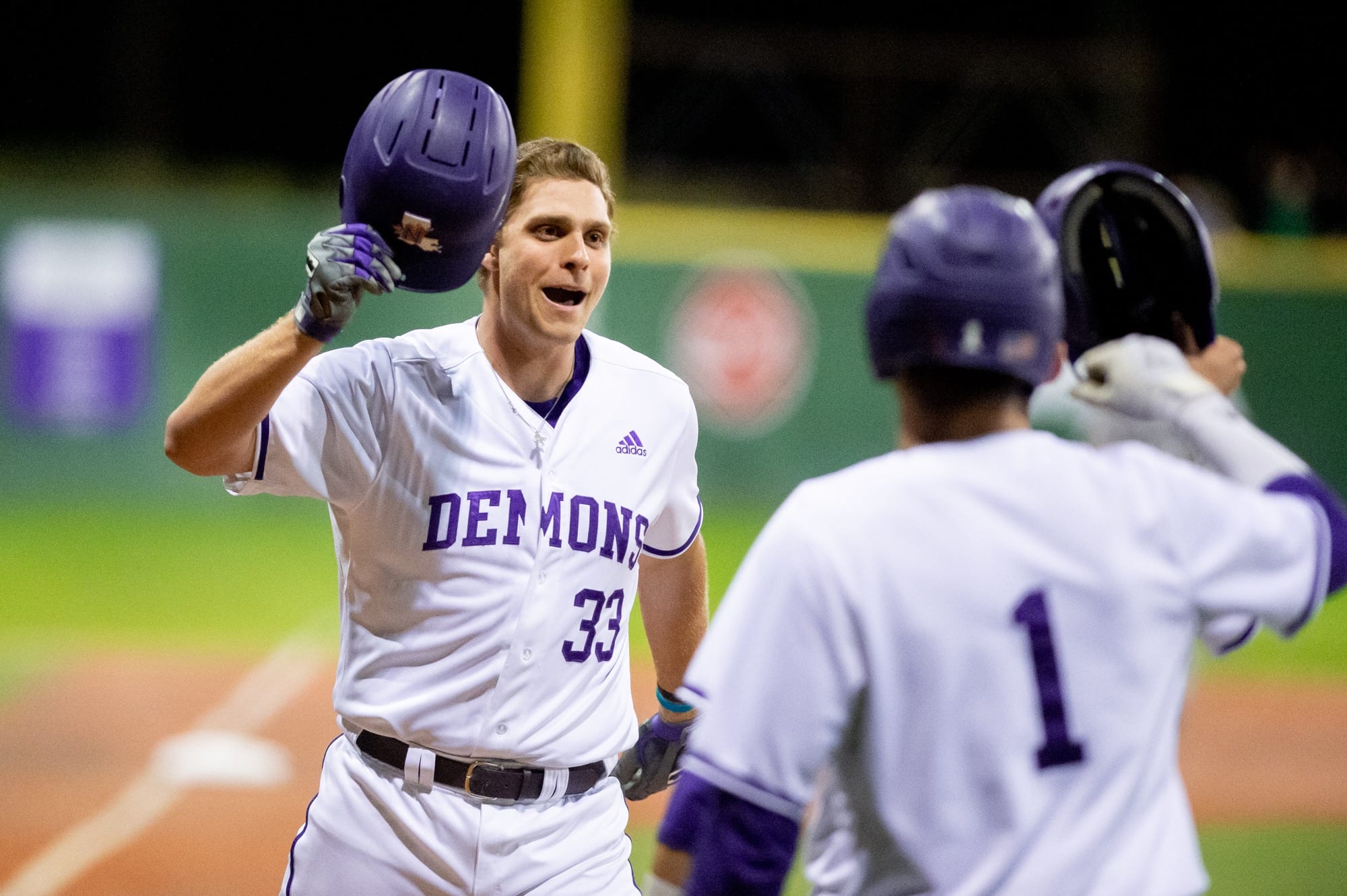 Davis took home Southland Conference Hitter of the Week honors after hitting safely in all four of Northwestern State’s games this past week. League sports information directors vote on the award, which was announced Monday afternoon.

A junior first baseman, Davis had three straight multi-hit games against Abilene Christian, finishing the series with the Wildcats hitting .583 (7-for-12) with two doubles, a home run and four RBIs. He finished the week 8-for-16 with five RBIs. He produced an OPS of 1.289 for the four games.

Davis has hit safely in a season-long five games and leads Northwestern State with three home runs. His 14 RBIs are tied for the team lead.

The award is NSU’s second straight Southland weekly honor, following Logan Hofmann’s Pitcher of the Week performance a week ago. Davis is the first Demon to earn SLC Hitter of the Week acclaim since Tyler Smith on April 29, 2019.

Northwestern State returns to action Tuesday night at 6 when it travels to Grambling in the first of a four-game road trip.