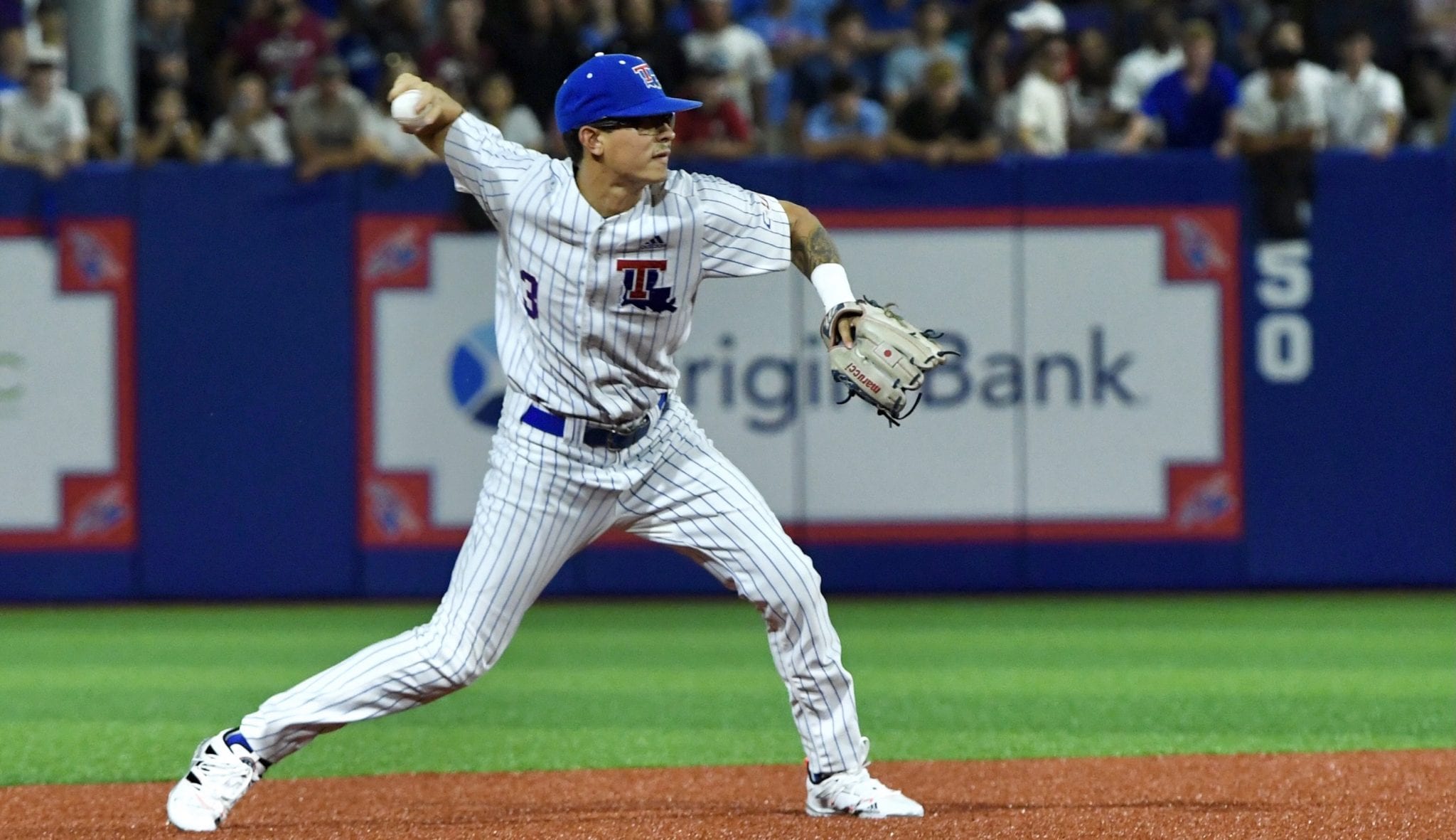 The winner of the elimination contest between the Bulldogs and Crimson Tide will advance to a Sunday night rematch against NC State (32-17) with a scheduled first pitch of 6 p.m.

Despite a pair of rain delays pushing Saturday’s initial start time back two hours, a sold-out crowd of 2,817 packed the Love Shack for the matchup between the Bulldogs and Wolfpack.

“Heck, we’re not even in school, and we’ve got a line of students showing up at 8 a.m. ready to watch a ballgame. It was absolutely rocking in here, and our fans were trying to lift us up. Unfortunately, it didn’t work out tonight. They’re here for us, and we’re here for them. We really appreciate them, and we’ll need them again tomorrow as well.”

LA Tech (41-19) left seven runners on base and was held to fewer than four runs scored for just the third time since the start of May. Third baseman Hunter Wells, designated hitter Steele Netterville and second baseman Taylor Young all recorded multi-hit performances to pace the Bulldogs’ offense.

Trailing 8-0 in the bottom of the eighth, Netterville and left fielder Cole McConnell homered on back-to-back pitches to trim NC State’s lead to five runs with two outs in the eighth. Netterville’s no-doubter cleared the left-field wall on a line, while McConnell blasted the first pitch of his at-bat to right field. Netterville’s homer brought home Young for the 81st time this season, extending his single-season runs scored record by another tally.

Starting pitcher Ryan Jennings delivered a gutsy performance against an NC State offense that’s scored six or more runs in 16 of its past 20 games. Jennings delivered 6.1 innings on the mound while allowing four earned runs with four strikeouts and just two walks in his 16th start of the season.

The Bulldogs put two runners on base in the first and sixth with just one down in the frame, but Highfill (7-2) and Justice (10 saves) delivered key outs to keep the Bulldogs from mounting a late-inning rally.

Right-handed starting pitcher Jarret Whorff will toe the rubber for the Bulldogs against the Crimson Tide.