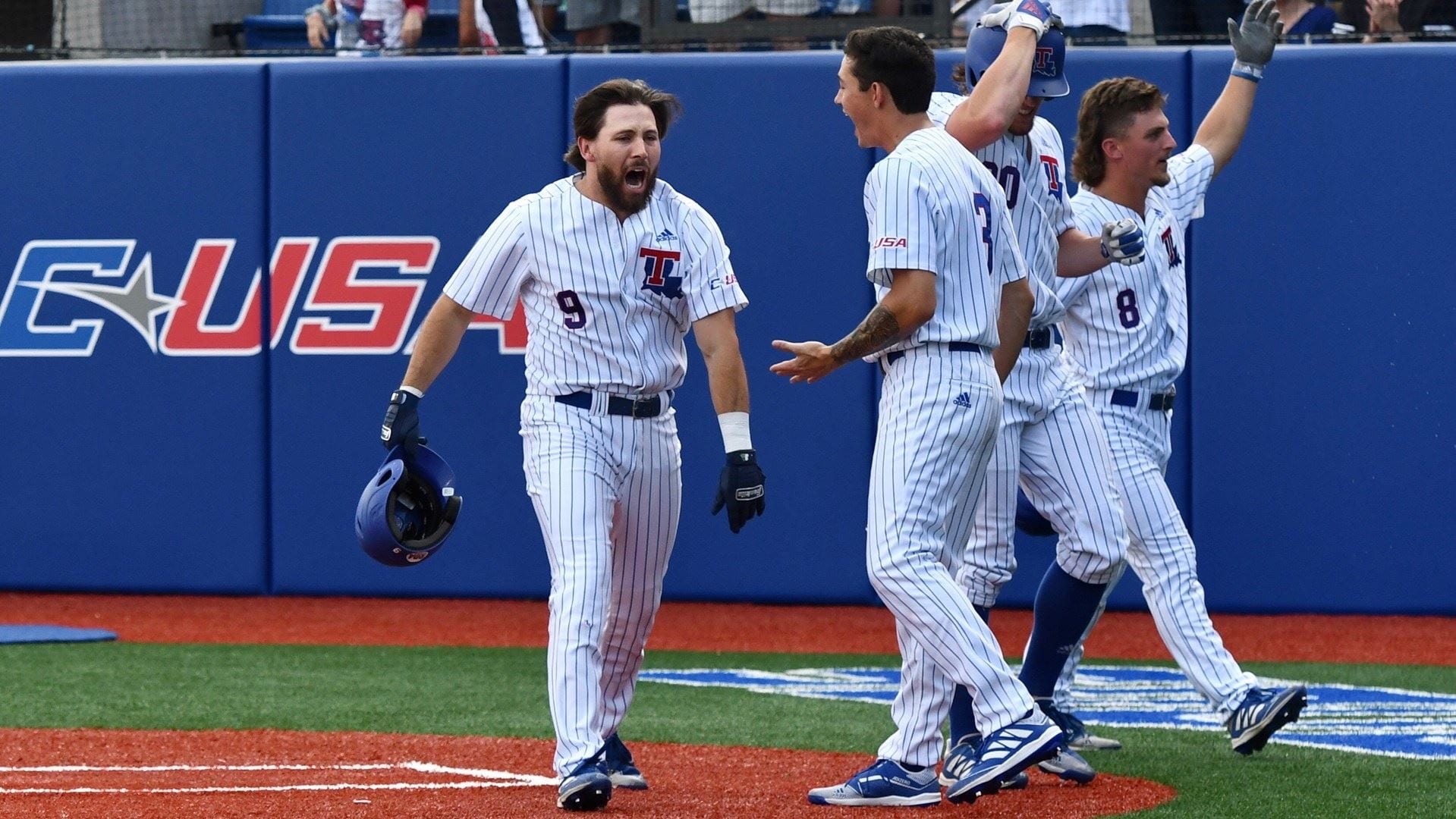 Hunter Wells tied a Bulldog single-game record with nine RBI in an 18-2 runaway victory over Rider in the opener of the Ruston NCAA Regional on Friday night at J.C. Love Field at Pat Patterson Park. The third baseman launched two home runs and a pair of doubles for 12 total bases to cap off a historic night in LA Tech’s first game as an NCAA Regional host.

LA Tech recorded four innings with multiple runs scored to notch the commanding victory over the Broncs. A two-run homer from Wells and an RBI single from Manny Garcia gave the Bulldogs a 3-0 advantage after the first. Wells then broke the all-time Bulldog career hits record with a two-RBI double to right field, extending the Bulldogs’ lead to 5-0 after two frames. Wells surpassed T.J. Soto’s previous record of 269 career hits with his second of four hits on the night.

“It hasn’t hit me yet,” Wells said of breaking the all-time Bulldog hits record on Friday. “I’m kind of speechless.

An RBI single from Cole McConnell in the fourth, another RBI double from Wells in the fifth and a two-run homer from senior Parker Bates made it 9-0 Bulldogs after five innings at the Love Shack.

In front of a sold-out crowd of 2,634 fans, left-handed starter Jonathan Fincher earned his eighth pitching victory of the season after going eight innings while allowing just six hits and one walk. Fincher struck out four Broncs and didn’t allow a run to cross home plate until Rider plated a pair of runs in the seventh.

An RBI single from Philip Matulia, who extended his reached-base streak to 20 games, made it 13-2 Bulldogs in the eighth. An RBI single from shortstop Alex Ray extended the lead to 14-2 before Wells emptied the bases with his second grand slam of the season, putting an exclamation point on an all-time performance for the Katy, Texas, native.

“I couldn’t be prouder of him,” head coach Lane Burroughs said. “He did that in only three years.

“He’s now the all-time hit king in Louisiana Tech Baseball history. He had a great night, and all the guys were. I thought the crowd was electric. I can’t say enough about our fans and our crowd.”

Tech’s 18 runs scored is its highest number of runs in an NCAA Regional game in program history. The nine-run eighth inning also surpasses a new top tally for runs scored an inning in NCAA postseason play.