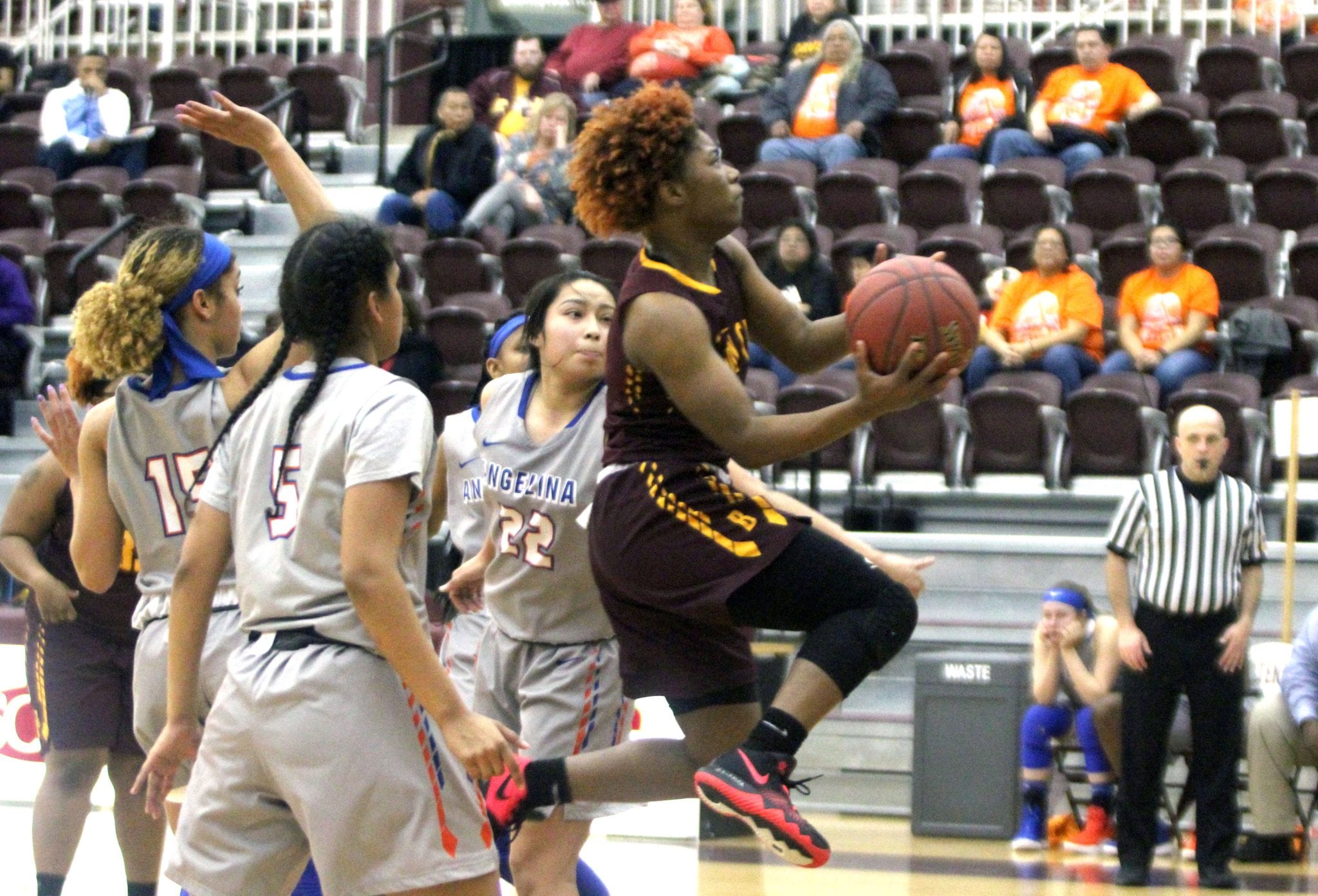 The Bossier Parish Community College Lady Cavs’ season came to an end Wednesday night with an 93-47 loss to the Angelina College Roadrunners in the first round of the NJCAA Region XIV women’s basketball tournament at the Centenary Gold Dome.

The men’s tournament continues Thursday. East No. 5 seed Kilgore plays East No. 1 Navarro at 1 followed by South No. 2 Angelina vs. East No. 3 Panola at 3, East No. 4 Trinity Valley vs. South No. 1 Jacksonville State at 6 and South No. 3 Lamar State College-Port Arthur vs. East No. 2 Tyler at 8.

Angelina, ranked No. 14 nationally, got off to a fast start against BPCC and never let up. The Roadrunners led 21-9 after the first quarter and 48-21 at the half.

Angelina had a significant height advantage led by 6-foot-4 Natasha Mack, who had 17 points and eight rebounds.

The Roadrunners also had plenty of success scoring from the outside. Mia Williams made 4 of 8 3-point attempts and scored 16 points. Britney Thompson hit 4 of 7 and scored 15.

BPCC couldn’t get its shots to fall. The Lady Cavs shot just 21.7 percent from the field, including 3 of 24 on 3-pointers.

The Kilgore-Panola game featured a 50-point performance by Panola’s Mariya Adashchyk, a 5-11 sophomore guard from Minsk, Belarus. She was 20 of 31 from the field, including 3 of 4 from 3-point range, and 7 of 7 from the free throw line.