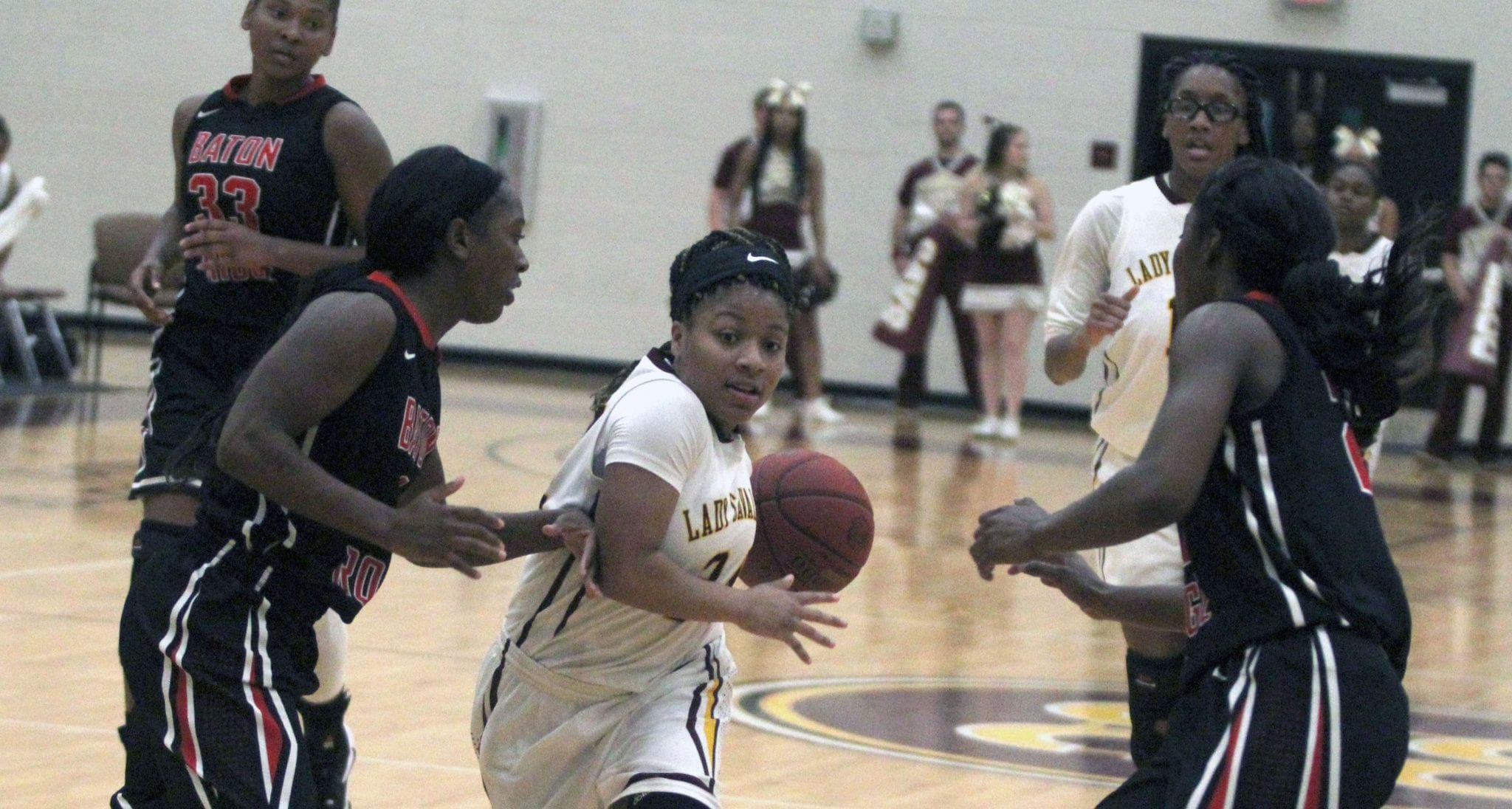 The BPCC men weren’t as fortunate. The Cavaliers cut a 13-point, second-half deficit to three but couldn’t get any closer in an 81-68 loss to BRCC. The game was the debut for BPCC coach Chris Lovell.

The Lady Cavs got off to a red-hot shooting start, sinking four 3-pointers in the first quarter en route to a 21-17 lead. Ashlyn Jacobs, a 5-foot-3 freshman from Mansfield, hit two 3s and scored 10 points. She finished with a game-high 25.

Regina Scott, a 5-8 sophomore from Houston who scored 15 points, also hit two 3-pointers in the first quarter and added a third in the second.

The Lady Cavs’ defensive play in the second quarter helped them take control. BPCC went on a 21-9 run and led 42-26 at the half.

The second half was a different story. BPCC went cold and BRCC started chipping away at the lead.

The Lady Bears scored the first 10 points of the third quarter. The Lady Cavs managed to keep the lead for almost the entire second half, but BRCC tied it at 63 on a basket with 0.7 seconds left.

BPCC found some of the first-half magic in overtime, scoring the first 12 points. Former West Monroe standout Samarius Colquitt, a 5-8 sophomore, got things going with a 3-pointer. She and Jacobs both scored five in the extra period.

Buoyed by Jerry Perry’s four 3-pointers, the BPCC men played well early led by as many as seven. But BRCC rallied and took a 38-35 halftime lead.

BRCC extended the lead to nine with about 11 minutes left. BPCC again fought back, getting within 57-54 with 7:37 still left to play. The Bears pulled ahead by eight. Lasani Johnson and Cameron Burkett hit 3-pointers to slice the lead to 64-60 with 5:16 left.

But BRCC ended the comeback bid with a 9-3 run.

The BPCC women host Southern-Shreveport at 5:30 Tuesday, Nov. 8. The Cavaliers return to action at 2 p.m. Saturday against Arkansas Baptist in Little Rock.