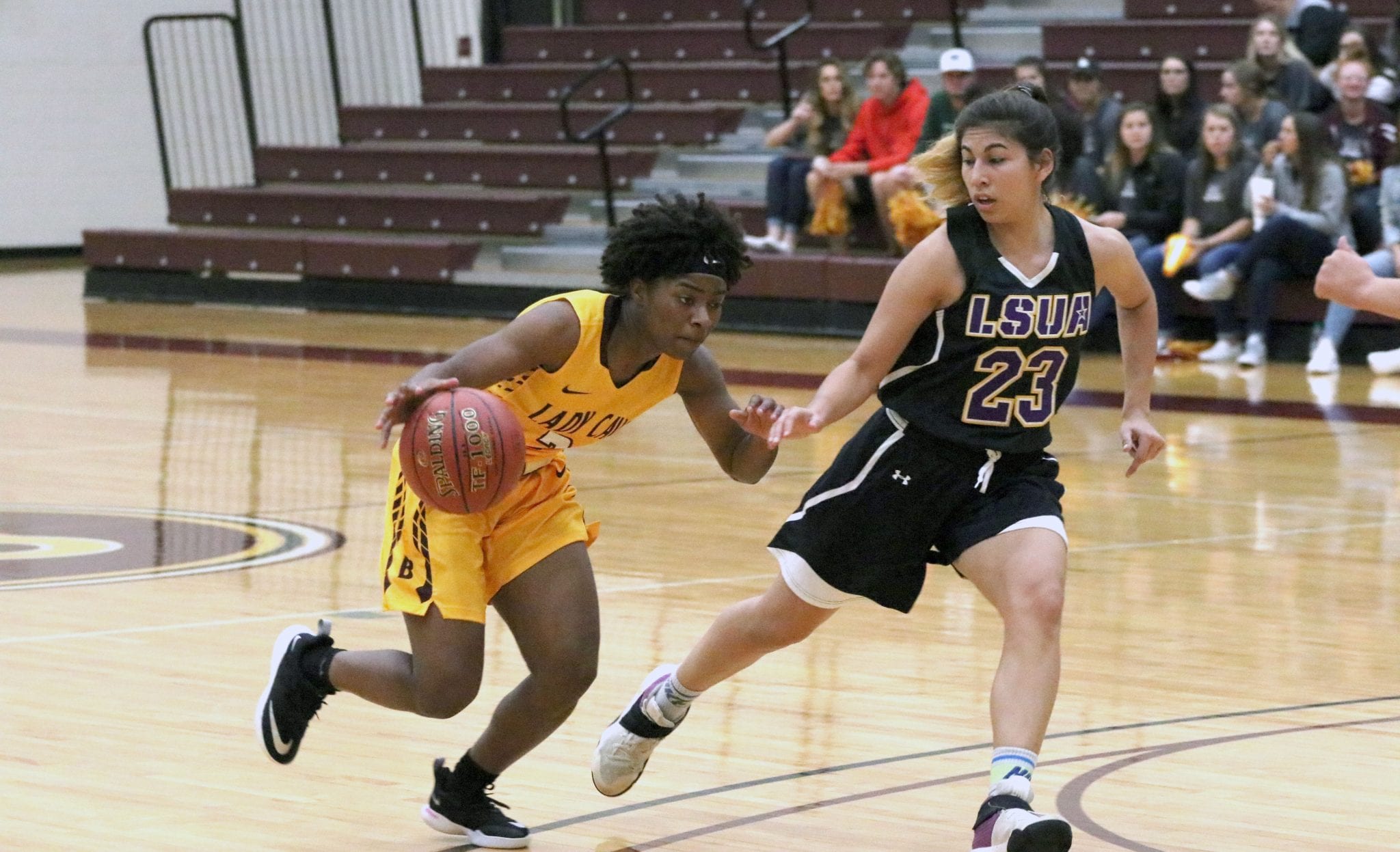 Montgomery, a longtime coach, legislator and advocate of Bossier Parish athletics, was honored during a dedication ceremony between the men’s and women’s games.

BPCC trailed 34-29 at the half then rallied to within one after three quarters. The game was tied at 69 at the end of regulation.

Bolden shot 64 percent (nine of 14) from the field and 85 percent (11 of 13) from the free throw line. She also had eight rebounds and eight assists.

BPCC opened the season Thursday with an 85-67 victory over Baton Rouge Community College in Baton Rouge.

Bolden led the Lady Cavs with 19 points. Shaniyah Meneweather, a 5-6 freshman guard out of Monroe Neville, added 17. Richardson chipped in with 12.

Alexandria Pollard, a 6-2 freshman center from Houston, had eight rebounds off the bench.

The Lady Cavs return to action Friday at 4 p.m. against Odessa College in Tyler, Texas.

Jason Holliday, a 6-5 sophomore guard out of Baton Rouge Brusly, led the Cavs with 27 points. He came up big at the free-throw line, hitting 12 of 14.

Erie Olonade, a 6-foot sophomore guard, added 18 points. Mikail Simmons, a 6-9 forward from Dallas, had a double-double off the bench with 16 points and 14 rebounds.

The Cavs won despite making just 2 of 17 3-pointers.

BPCC opened the season with a 115-61 rout of Dallas Fort Worth Prep on Saturday at BPCC.

Parrish and E.J. Clark, a 5-11 freshman guard from Dallas, scored 14 each. Parrish also had 11 rebounds, and Clark had six assists.

The Cavaliers return to action Saturday with a 6 o’clock home game against Southern Arkansas University Tech.