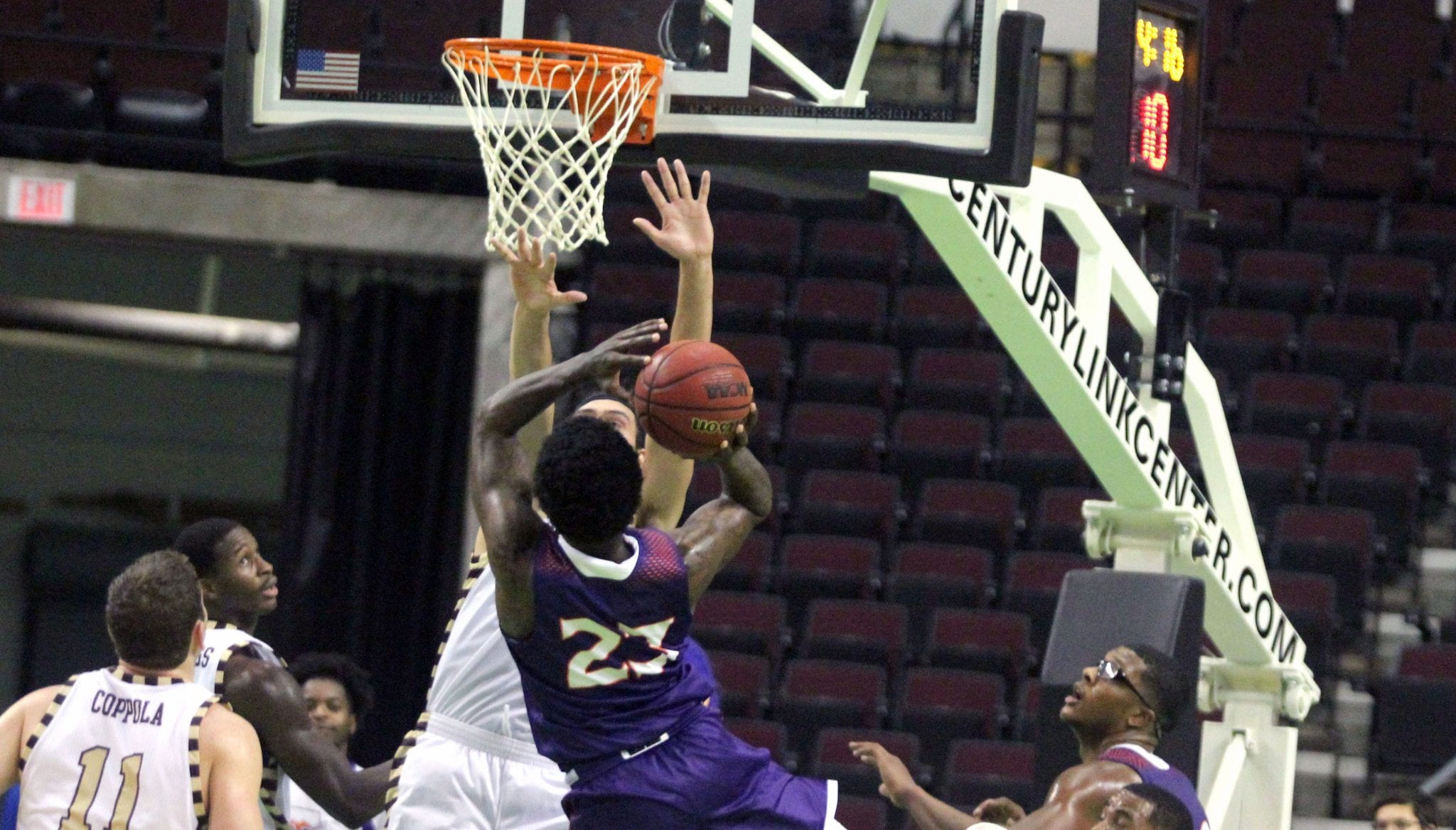 Two of the games were blowouts.

The second game between NSU and the ULM Warhawks started out like it was going to be a blowout. The Demons raced to a 22-2 lead.

But the Warhawks fought back and got within three late in the game. Despite missing 10 of their final 12 free throw attempts, NSU pulled out a 68-64 victory.

“For the first time we had a big lead over a good team; actually, it was our first big lead over anybody this year,” said Northwestern State Mike McConathy, a former Airline star. “We’ve been in some tight games already, so maybe we were more comfortable in a close one.”

Former Bossier star Devonte Hall, a junior guard, scored 11 points. He also had a big block of a 3-pointer with 17 seconds left in the game.

The Warhawks hit four 3s while slicing into a 12-point NSU lead in the final three minutes.

NSU led 40-22 at halftime, making 62 percent of its shots and benefitting from 33 percent aim from the Warhawks. The Demons contributed to ULM’s rally by making only 8 of 20 free throws in the second half.

“I was trying to put myself into the game to shoot them,” said McConathy. “Good shooters, guys who are struggling, didn’t matter, we couldn’t get the ball to fall and it left the door wide open for ULM. They took advantage knocking down those 3s with that run late in the game, but we made enough plays, fought hard, and got out of here with a good win.”

The Demons improved to 5-4 with their third straight victory.

Sam McDaniel paced the Warhawks (4-6) with 13 points. Travis Munnings had a double-double with 12 points and 12 rebounds.

“I don’t understand why we struggled early tonight,” ULM coach Keith Richard said. “We looked shell-shocked early and we were able to play better in the second half. However, we were too far behind to make up the margin in the game. It seemed like a little bit of everything is why we struggled early but credit to Northwestern as they played extremely well early and were able to put us in that hole.”

Richard and McConathy both praised the event.

“I just think that we have to understand for our universities we have to build a base in Northwest Louisiana, all of us,” McConathy said. “It’s a great opportunity for all of us to come to Shreveport-Bossier. I’m a little biased because this is my home but it’s a place we need to come and we need to be enthusiastic and I really believe our school was enthusiastic with the band and the cheerleaders. They bought into that and it was just a great thing for us and we’re looking forward to it being back here next year.”

Cedric Harris scored 20 points and Treylan Matthews added 17 to lead Centenary (4-5) past Millsaps. It was the Gents’ second victory over the Majors this season.

James Sapp had a double-double with 17 rebounds and 12 points.