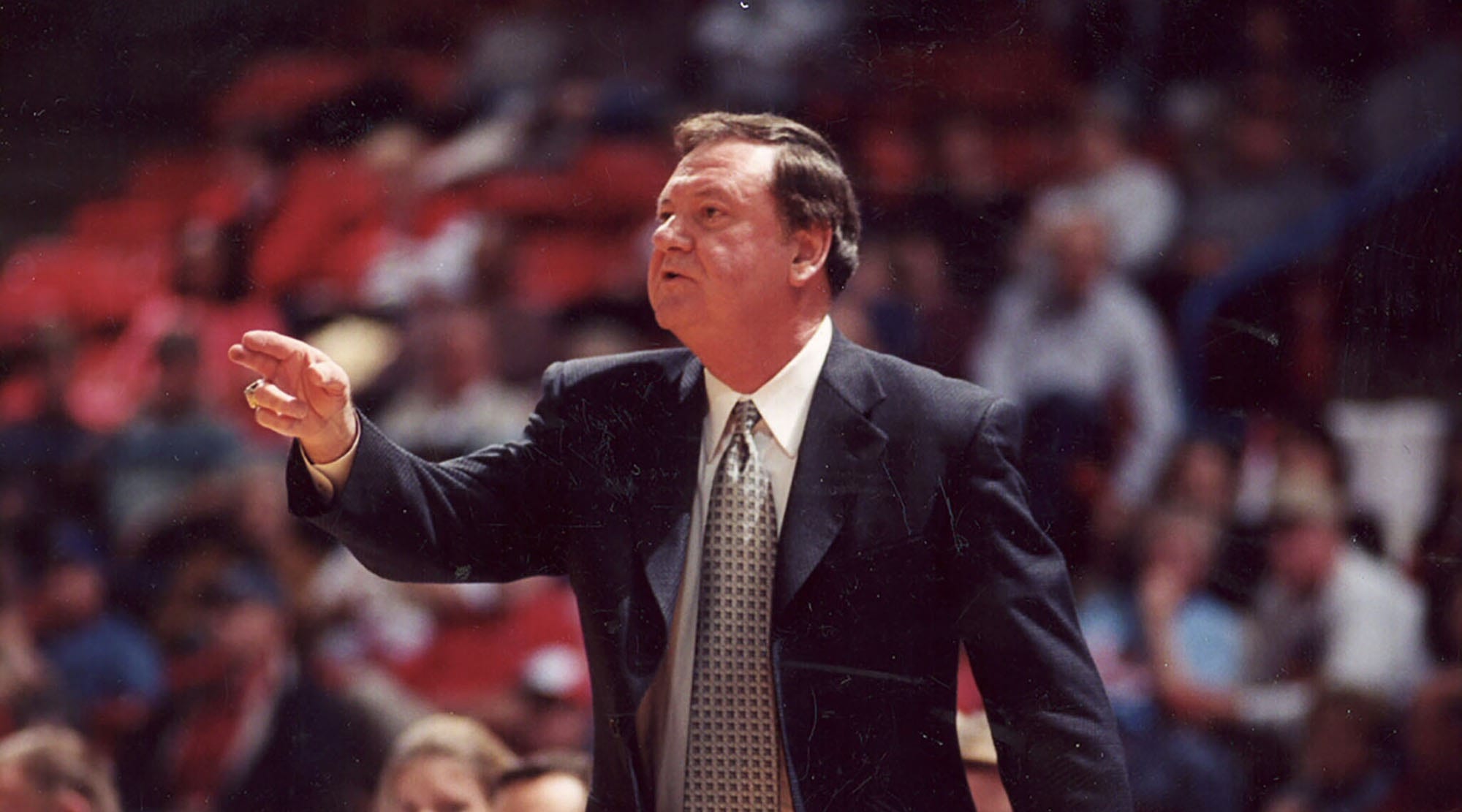 RUSTON – Leon Barmore was a fixture inside the Thomas Assembly Center for two decades.

Now the legendary Louisiana Tech women’s basketball coach will be a fixture outside the TAC as well.

Louisiana Tech President Les Guice and Director of Athletics Eric Wood announced today that the University will unveil a statue honoring the Hall of Fame coach as part of homecoming festivities planned for the weekend of Oct. 22- 23.

The statue will reside on the front steps of the arena where Barmore’s teams dominated opponents – with a record of 300-17 – during his tenure on the Tech sideline.

Tech Athletics partnered with world-renowned sculptor Brian Hanlon to create the tribute. Hanlon has created over 550 public and private art pieces over the past 35 years and is the official sculptor of the Naismith Memorial Basketball Hall of Fame.

“Coach Barmore excelled as a student-athlete at Tech and then as a high school basketball coach,” said Guice. “His impact in transforming the Louisiana Tech’s women’s basketball program on a national level was a remarkable accomplishment. He had such a positive influence on the lives of so many Lady Techsters over his three decades coaching; the positive impacts of his leadership will be felt forever.”

“Although I am a newcomer to the Tech Family, it’s easy to see the impact that Coach Barmore had on this University and its student-athletes during his 25 years with the Lady Techsters,” said Wood. “I feel blessed to be a part of the celebration and recognition of the Hall of Fame career for a man who brought national championship titles and prestige to Ruston. He is a man who truly understands the word ‘compete.’”

After playing for the Bulldogs during his college career, Barmore joined the Lady Techster coaching staff in 1977 and for the next 25 years helped lead Louisiana Tech to 13 Final Fours, eight national title games and three national titles. He retired in 2002 with an overall record of 576-87, the winningest coach (percentage-wise) in the history of both men’s and women’s college basketball.

“There is no one more deserving of this honor than Coach Barmore,” said Kim Mulkey, who played for Barmore and then coached alongside of him for 15 seasons in Ruston. “The impact he had on Louisiana Tech and the loyalty he showed to his hometown are unparalleled. He is a legend in our profession. I personally benefited from his knowledge of the game as both a player and a coach, and I will always be grateful for his impact on my life.”

Mulkey announced a lead gift on the project during her induction into the Ark-La-Tex Museum of Champions.

Local businessman Trott Hunt, who played for Barmore during his days at Ruston High School in the early 1970s, also provided a significant financial gift towards the project.

“Little did I know that the one year I played for Coach, all those years ago, would have such an impact on my life,” said Hunt. “‘Nothing great was ever accomplished without enthusiasm’ has become part of my way of life.  It is amazing to look back at Coach’s record and realize that Leon has the best all time winning percentage of any college basketball coach – a true Hall of Fame career.  I was blessed to get to play for him.”

“Coach Barmore’s presence in my life has made a profound impact on me as person, athlete and now a coach and educator,” said current LA Tech head coach and project donor Brooke Stoehr. “He is synonymous with Lady Techster Basketball, loyalty, and excellence. I am beyond grateful for the discipline, accountability, and pride he helped instill in each of us daily. The statue has been a long time coming, and there isn’t a more deserving way to honor the legacy Coach Barmore has with our great university and storied women’s basketball program.”