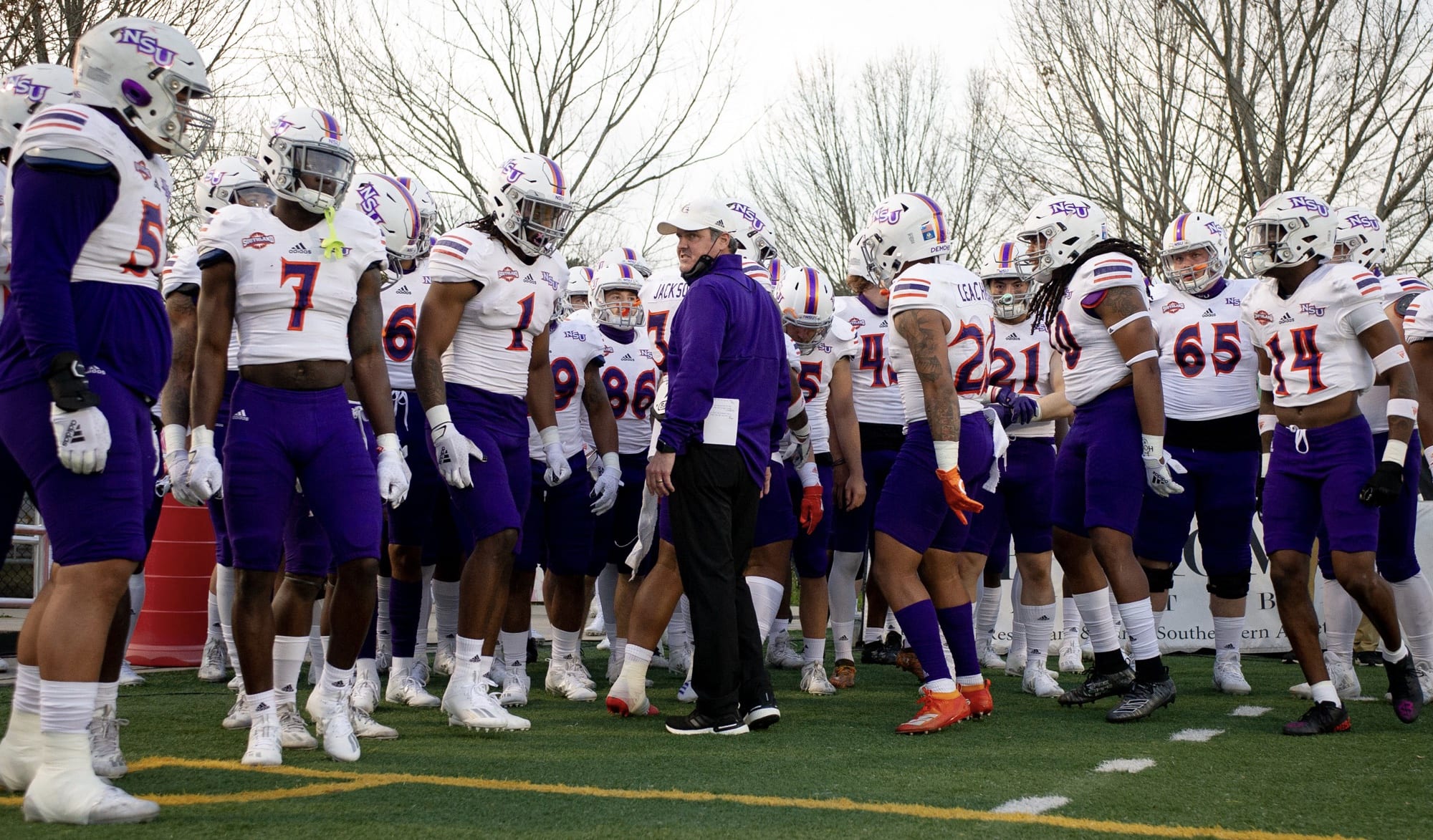 NATCHITOCHES – Football coaches and sports information directors from around the Southland Conference recognized Northwestern State’s individual talent despite the Demons not accruing the desired number of wins this spring.

Ten NSU student-athletes were selected to the All-SLC teams, which consisted of the seven spring football participants while the other four fall football members had their own all-conference team.

All 10 of NSU’s selections are first-time all-conference members, and the Demons tied Nicholls for the fourth-most all-league picks, besting McNeese and Lamar.

NSU placed five players on the third team, three on defense, one on offense and one on special teams.

Adams made a splash in his first season at NSU with a pair of 200-yard games and another 100-yard game in six spring contests. His 212 rushing yards against Lamar was 10th-best in NSU single-game history and his 208 yards at UIW is a top-15 rushing total. He rushed for 681 yards with seven touchdowns with his 113.5 yards per game ranking sixth nationally.

Valsin lived in opponents’ backfields with eight tackles for loss and three sacks as part of his team-high 54 tackles. The linebacker forced three fumbles and pressured the quarterback consistently on a defense that held four of six opponents to 27 points or fewer in the most explosive offensive league in the nation.

Antonio surged in the final weeks, topping 100 yards in three of the last four games as he totaled 521 receiving yards and four touchdowns. His eclipsed 190 yards in his last two contests, including 192 yards at UIW in which he outjumped a UIW defender to set up a game-winning field goal.

Corbett-Canada capitalized on his first season as a starter with the second-team nod, leading an offensive line that averaged 168 rushing yards and 448 total yards per game. The left tackle graded out at 85 percent with 44 knockdowns this season.

Duvernay electrified NSU’s kick return efforts, leading the nation in kick return yardage (509) while ranking sixth nationally with 28.3 yards per return. He had five returns of 30 or more yards, including a 79-yarder at Southeastern.

Center Jakob Sell was NSU’s second offensive lineman selected as he successfully transitioned to a starting role. Sell graded out at 91 percent with 41 knockdowns.

Roblow eased into his new role as a punter this spring by averaging nearly 42 yards per punt on 29 attempts. He placed 11 inside the 20-yard line with eight punts of 50 yards or more, winning the SLC Special Teams Player of the Week award in Week 6.

Stephenson continued to be an anchor defensively as he ranked second on the team with 46 tackles. He intercepted a pass on Southeastern’s goal line to add to 3.5 tackles for loss and one sack.

Herrington was a missile out of the NSU secondary, ranking third on the team with 35 tackles highlighted by nine at Lamar. He intercepted one pass and recovered a fumble.

Hooper made plays in different phases of the game, covering opposing receivers with three pass breakups and one interception with 14 tackles. He blocked a field goal against Sam Houston which kept the Demons within range early.