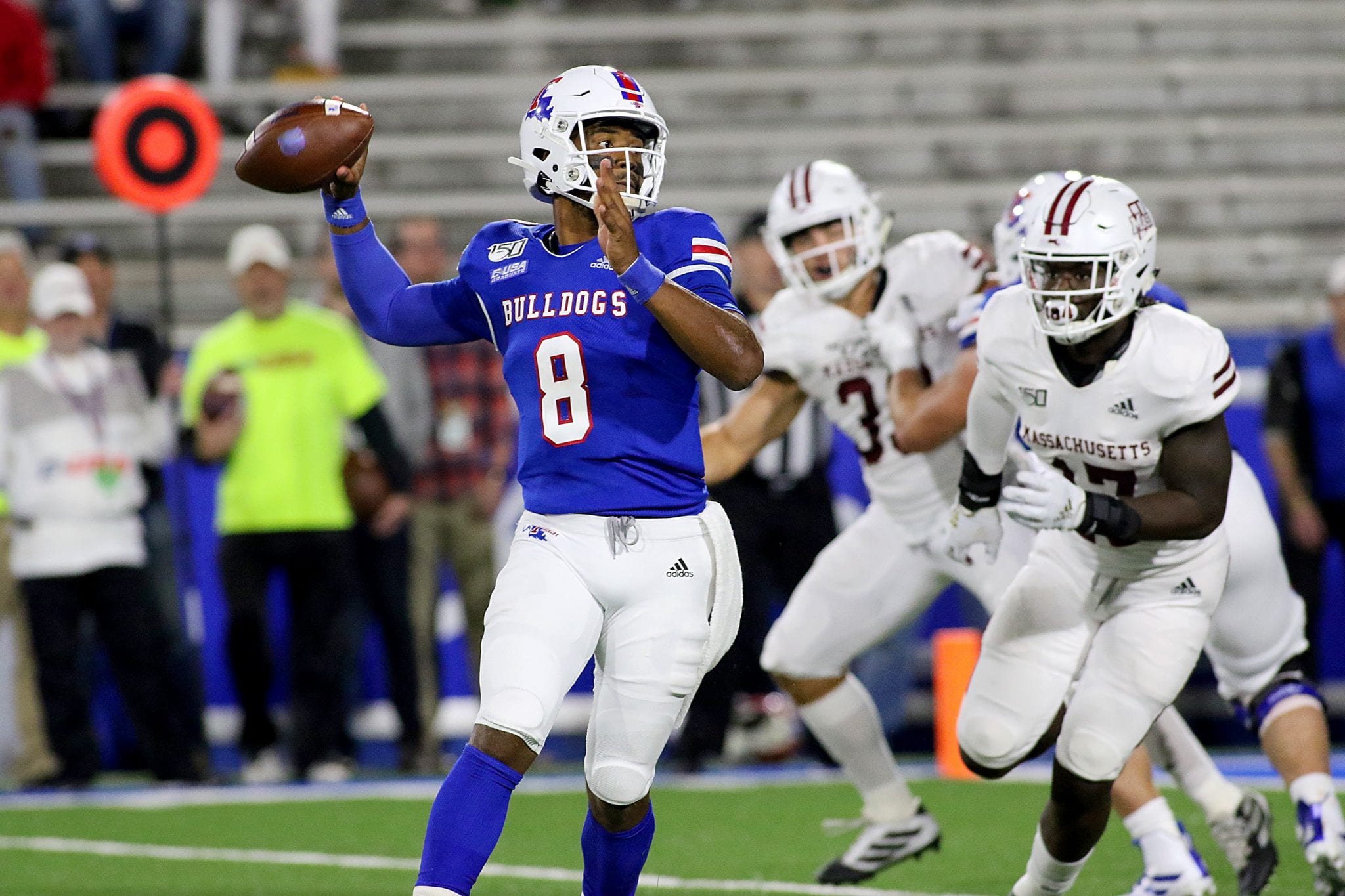 Kickoff is 3 p.m. at Independence Stadium.

Tech, which is looking for its sixth straight bowl victory, brings a 9-3 record into the game. The Bulldogs finished 6-2 in Conference USA and tied UAB for the top spot in the West Division.

Miami is 6-6. The Hurricanes finished in a three-way tie for third in the ACC’s Coastal Division at 4-4.

Manny Diaz is in his first season as Miami’s head coach. He served one season as defensive coordinator at Louisiana Tech in 2014 under Skip Holtz, who is in his seventh season as head coach of the Bulldogs.

Miami’s six losses were by an average of just 6.2 points per game.

“They have been very competitive in every game,” Holtz said at Tuesday’s press conference. “So many people want to look at records and say this team is good and this team is not very good, but make no mistake, Miami has our undivided attention and respect for the product they put out on the field.”

Miami is looking for its first bowl victory since 2016.

With Tech’s campus an hour away down I-20, Diaz said the Hurricanes are treating the bowl like a road game.

“We’ve had to practice with crowd noise,” he said. “I know first-hand, Louisiana Tech has a great fan base, and they’ll bring it Thursday, and it will be rowdy in there. We have to understand that bowl games are about momentum. They’ll be plays where they get momentum, and we have to fight all the way back to get the momentum.”

Holtz said reaching the 10-win mark was one of the team’s goals.

“It has been something that this senior class has a chance to not only do but to go out as one of the winningest classes since Louisiana Tech has gone Division 1,” he said. “When you talk about trying to leave a legacy when you choose a school, you want to leave your mark.

“Tech has not won double digits since 1984. They want to leave their mark and having the opportunity to go out as one of the winningest classes speaks volumes to what these guys have accomplished during their stay here.

After a season-opening loss to Texas, Tech reeled off eight straight victories.

Before the 10th game against Marshall, senior quarterback J’Mar Smith and receiver Adrian Hardy were suspended for two games and linebacker James Jackson for one for violations of unspecified athletic department policies.

The Bulldogs lost to Marshall 31-10 and followed that with a 20-14 loss to UAB, missing an opportunity to play in the conference championship game. UAB advanced because of the tie-breaking head-to-head win.

With Smith back, Tech closed the regular season with a 41-27 victory over UTSA.

Smith was named Conference USA’s Offensive Player of the Year.

“It feels great,” Smith said of having the chance to end his career on a positive note. “I think the one thing that stands with me right now is coming back for the last game at the Joe. Getting the win took the bitter taste out of our mouths and put the team on the right track for the bowl game. It took the negative energy out of everybody’s lives and we are ready to execute as a team.”

He has also rushed for 230 yards, which includes 138 yards in losses, and three TDs.

Justin Henderson, a second-team All-CUSA selection, leads Tech on the ground with 967 yards on 166 carries. He has scored 15 touchdowns.

Junior All-America defensive back Amik Robertson will not play after declaring for the NFL Draft.

Miami started the season with close losses to Florida 24-20 and North Carolina 28-25.

After winning two straight, the Hurricanes lost another tight game, 42-35, to Virginia Tech.

Miami rebounded with a 17-9 victory over Virginia. Yet another close loss, 28-21 to Georgia Tech, followed.

But they stumbled in their final two regular-season games, falling to FIU 31-24 and Duke 27-17.

Quarterback Jarren Williams has completed 160 of 256 passes for 2,093 yards and 19 TDs with six interceptions in 11 games.

N’Kosi Perry has passed for 993 yards and nine TDs in seven games.

During Tuesday’s press conference, Diaz said he hadn’t decided who would start Thursday.

“We have prepared for number 5 (Perry), number 15 (Williams), and have looked at the film throughout the season,” Tech senior safety Darryl Lewis said. “They rotate guys but honestly we are ready for what they bring us.”

Team rushing leader Deejay Dallas (115 carries, 693 yards) is out with an elbow injury.

Cam’Ron Harris has rushed for 545 yards on 102 carries and scored five touchdowns.

Redshirt freshman defensive end Gregory Rousseau, who has 14 sacks, was named second-team All-America by the FWAA.

He was also named first-team All-ACC and Defensive Rookie of the Year.

Rousseau is one reason the Hurricanes are ranked sixth in the nation in sacks and fourth in tackles for loss.