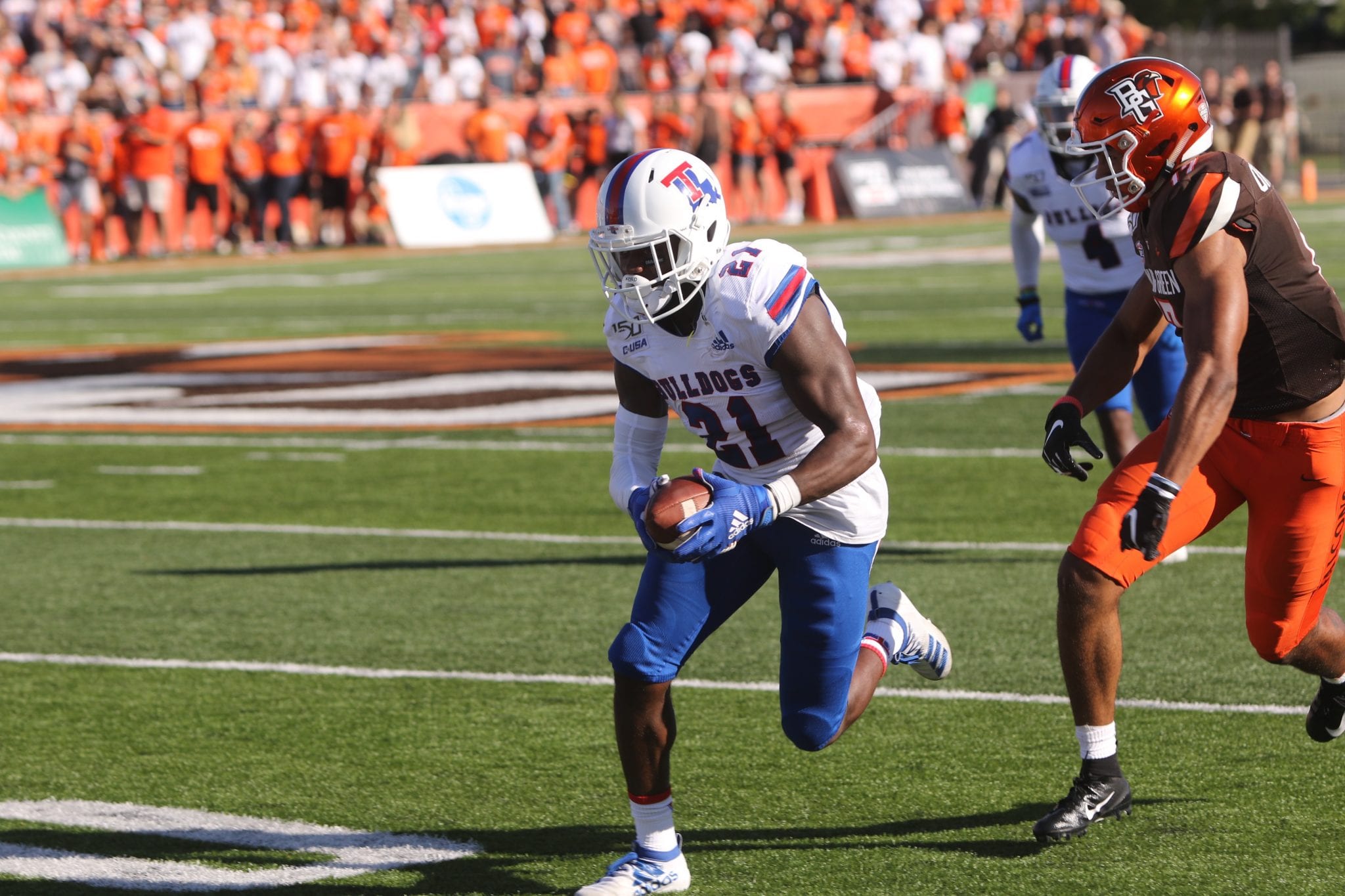 “I was proud of the way we competed,” said Tech head coach Skip Holtz. “We talked at half about the number of lost yardage plays we had in the first half. We stopped ourselves. We cleaned things up and put drives together and put points on the board. We talked about competing for 60 minutes. It was a close game at the half and we came out in the second half and finished the game. A lot of guys got to play tonight. It was a team win.”

Tech (2-1) will open up Conference USA action Friday night at 7 p.m. when they host FIU at Joe Aillet Stadium for the annual Red Out and Military Appreciation Game. Tickets can be purchased by calling 318-257-3631 or going to LATechSports.com/tickets.

After allowing a touchdown on Bowling Green’s first offensive possession of the game, the Bulldog defense stood tall for the remainder of the game, including come up with four fourth down stops — two inside its own five yard line with the game still in doubt.

“I’m excited about the way our defense played in the red zone,” said Holtz. “Last year we weren’t very good defensively in the red zone. It keeps points off the board. We bent but we didn’t break. I thought we did a really nice job. We got quality play out of our linebackers and safeties. Outside of the first (series) of the game on the bubble screen, I thought we took away their big plays. Our guys played physically.”

Robertson’s 36-yard interception return for a score with 10:23 to play in the first quarter gave the Bulldogs a 14-7 advantage, a lead it would not relinquish the rest of the day. Robertson stepped in front of a Darius Wade pass and raced untouched down the sideline for the score.

The Tech defense held Wade to just 18-of-38 passes for 171 yards while limiting the Falcons to only 290 total yards of offense. Bowling Green rushed 47 times for just 119 yards in the contest.

With Tech leading by a touchdown in the second quarter, Bowling Green marched down to the Bulldogs three yard line. But on a fourth down and three from the three-yard line, the Bulldogs sniffed out a trick play, forcing a three yard loss and getting the football back for its offense.

The Bulldog offense made the most of the defenses stop. Tech took only four plays to drive 94 yards as Dancy took a pitch off the left side for an eight-yard TD run. The highlight of the drive outside of the score was a 75-yard run up the middle by Justin Henderson, a play that took the ball inside the Falcons red zone.

After a scoreless fourth quarter, Tech added a pair of TDs in the final stanza. Dancy scored on a two-yard plunge with 14:49 to play in the game while Smith found Harris from 27 yards out with just over 10 minutes remaining.

Smith was solid behind center, completing 19-of-26 passes for 267 yards and two scores. Adrian Hardy led Tech with six catches for 95 yards while Harris added five catches for 64 yards and the one score.

Robertson led all Bulldog defenders with 10 tackles, including two tackles for loss, while James Jackson and L’Jarius Sneed each registered nine stops.