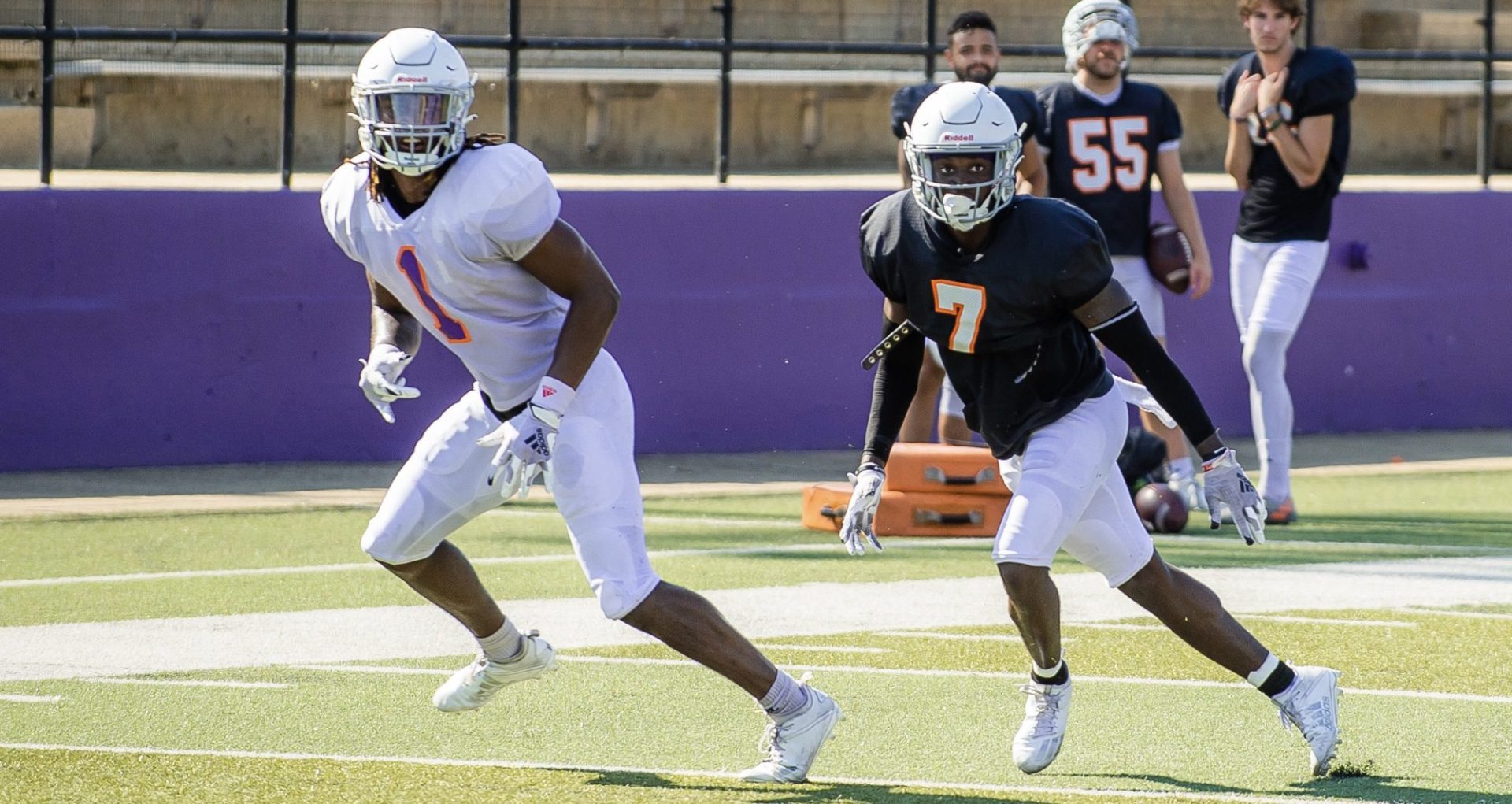 NATCHITOCHES – Weather may have delayed the first full-pads workout of Northwestern State’s fall football camp, but it will not alter the Demons’ plans for Saturday morning’s first scrimmage of camp.

Northwestern State will hit the Turpin Stadium turf at 9:15 a.m. Saturday for the first of two “preseason” games of camp. The Demons expect to get in between 85 and 100 plays as they conclude their final workout ahead of Monday’s first day of fall classes.

“There are certain places you want to be when you get to what we call our preseason games,” fourth-year head coach Brad Laird said. “With preseason game No. 1 on Saturday, we wanted to make sure we got through hitting the red zone (Friday morning) so we could implement that for the scrimmage. I’m excited about a full scrimmage, more game-like situations that we’ll implement with the players and some live special teams action.”

After a 2020-21 academic year that threw mostly curveballs at them, the Demons faced another Thursday night as inclement weather forced them to move the first full-pad workout of camp until Friday morning.

Approximately 24 hours ahead of their first scrimmage, the Demons went through about a two-hour workout on the Turpin Stadium turf as they prepare for what Laird detailed as an “important part” of their preparations for the Sept. 4 season opener at North Texas.

Following Friday’s workout, Laird praised his players’ ability to remain focused despite a late change to their routine.

“We’ve learned not to spend any more time than we have to worrying about things we can’t control,” he said. “We changed the schedule up, and the kids didn’t miss a beat.”

That focus is something Laird said he hopes translates in Northwestern State’s seventh preseason workout.

“There are a lot of things in all three phases that we have to continue to learn from,” Laird said. “As we’ve gone through six practices, we’ve seen this football team plays with great effort. Now, we need to take the meeting room – the mental side – into those 11-on-11 situations. That’s what we have to improve on and what I want to see (Saturday) morning.”

TRAFFIC NOTE: Saturday is move-in day on Northwestern State’s campus. Fans who plan to attend Saturday’s scrimmage are asked to use the Caspari Street entrance to avoid as much congestion with incoming on-campus residents as possible.