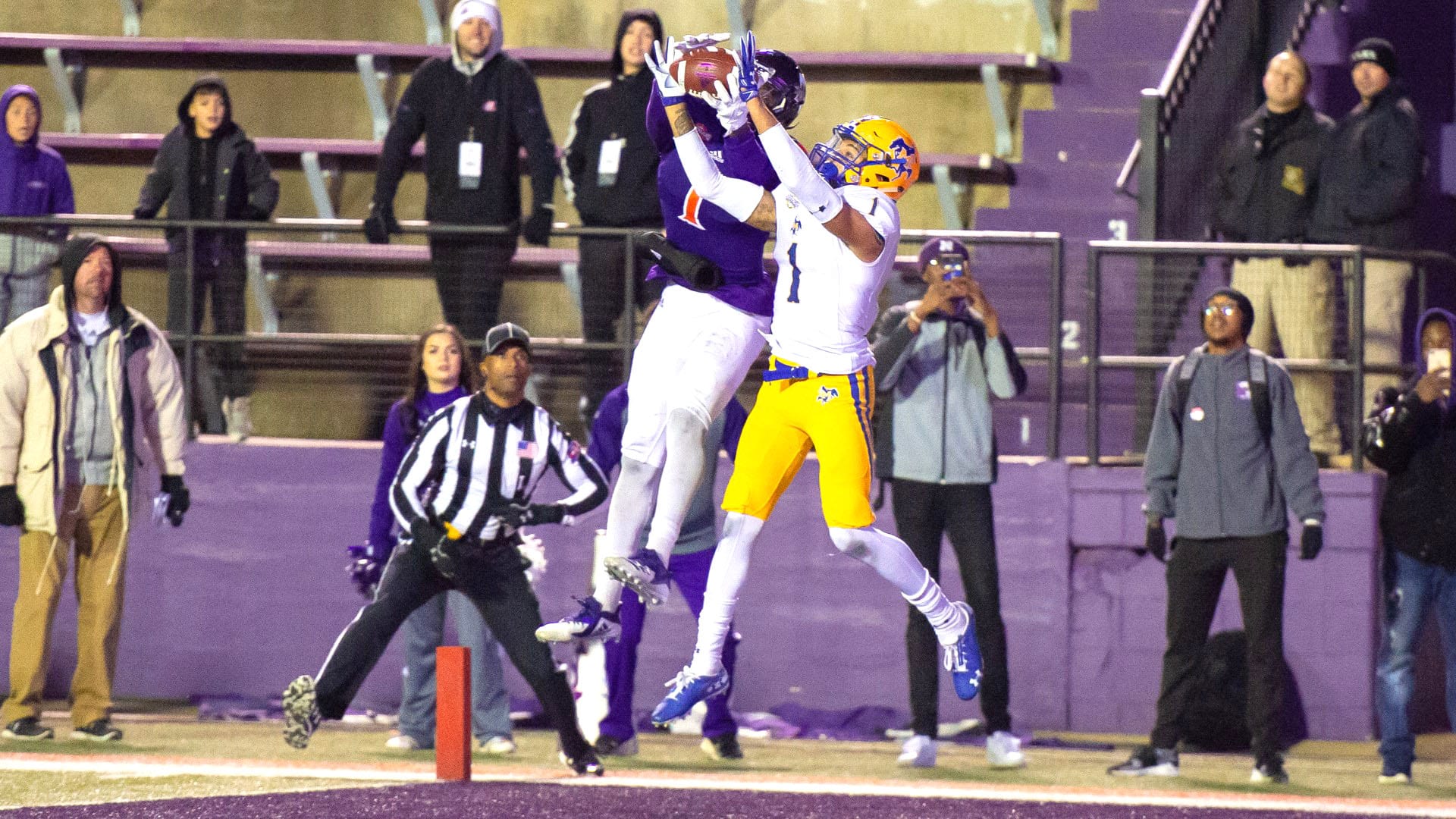 The streak ended at 13 straight McNeese wins Saturday as Bourgeois blocked a game-winning field goal to force a second overtime before Jazz Ferguson caught a 6-yard touchdown to lift the Demons to a 37-34 win over the No. 18 Cowboys.

NSU coach Brad Laird said he didn’t mention the lengthy losing streak all week long, but the Demons seemed to have an idea as they sprinted from the sideline following Ferguson’s touchdown catch.

“We didn’t talk about the streak at all, and when I told them tonight that we hadn’t beaten McNeese since 2004, the guys’ eyes got really big,” said Laird, who was the defensive coordinator on that 2004 squad. “But they’ll remember 2018 and how this felt.

“This team has fought all season, and we were down by 14 points in the second half. Credit to our guys for staying the course and making the plays tonight. What a way to send out our seniors, who ran out of the (Turpin Stadium) tunnel for the last time tonight.”

NSU trailed 21-7 late in the third quarter before the first of four Shelton Eppler touchdown passes, a 27-yarder to tight end Kalen Meggs, launched a comeback. The Demons scored 24 points in the game’s final 17:24 against a Cowboys’ defense that was allowing only 23 per game.

Ferguson, who became NSU’s single-season receiving leader and the first Demon to top 1,000 receiving yards, said he knew the fade pattern was coming as soon as McNeese made a double-overtime field goal to lead 34-31.

“There was no doubt, we had the play called up as soon as McNeese made the field goal,” said Ferguson who finished with nine catches for 112 yards and two touchdowns. “I had a matchup I thought I could take advantage of, and (Shelton Eppler) made a great throw.

“We had heard about the 13-game winning streak (for McNeese), but we knew we had to send these wonderful (seniors) out with a win on senior night.”

The outcome toppled the Cowboys (6-4 overall, 5-3 in the Southland Conference) out of the league lead with one week left. The Demons (4-6, 3-5) won for the second time in three games heading into next Thursday’s finale at Stephen F. Austin.

Any time NSU was the near goal line in the fourth quarter, the Demons were throwing a fade to Ferguson.

With McNeese leading by 11 in the fourth quarter, Ferguson caught a 2-yard touchdown to slice McNeese’s lead to 28-23. The only time McNeese stopped him in a jump ball situation in that bottom left-hand corner of the end zone was the ensuing two-point conversion.

Ferguson would not be denied on this two-point conversion, tying the game and forcing overtime.

In the first OT, the Demons got the ball first but missed a 30-yard field goal. McNeese’s All-America kicker, Gunnar Raborn, had a 36-yarder to win it but Bourgeois knifed through the right side and batted it away.

“I don’t know how it happened, I just tried to squeeze in the gap and stuck my hand out,” Bourgeois said. “It was awesome hearing the crowd behind us.”

Raborn popped through a 38-yarder to open the second overtime and put the Cowboys up 34-31. On NSU’s first snap, Eppler fired a strike to Ferguson over the middle for a 19-yard catch that set up the game-winning six-yard touchdown on the next play.

“It was comical if you were listening in on the headsets,” Laird said. “It was going to Jazz.”

Eppler rebounded from a tough first half to throw for 292 yards on 25-of-46 and four touchdowns.

The Navasota, Texas, native moved into second all-time in NSU single-season marks with 24 touchdowns this season.

“It’s absolutely an exciting win,” Eppler said. “We want to live in this moment, and it’s one of the biggest wins I’ve ever been a part of.

“Penalties hurt us in the first half, but we put drives together in the second half.”

The comeback win ended a 12-game losing streak against ranked FCS opponents, dating back to a 31-27 win against then-No. 24 Sam Houston State in 2014.

NSU also completed a double-digit comeback for the second time in three weeks.

The Demons overcame an 18-point deficit two weeks ago to beat Houston Baptist. NSU was a two-point conversion away from completing a 20-point comeback in a 49-47 loss to Abilene Christian this past week.

A first-half defensive slugfest turned into a second-half offensive track meet in front of 6,111 at Turpin Stadium as all of NSU’s scoring came after the break.

Sutton led McNeese with 119 receiving yards and a touchdown.