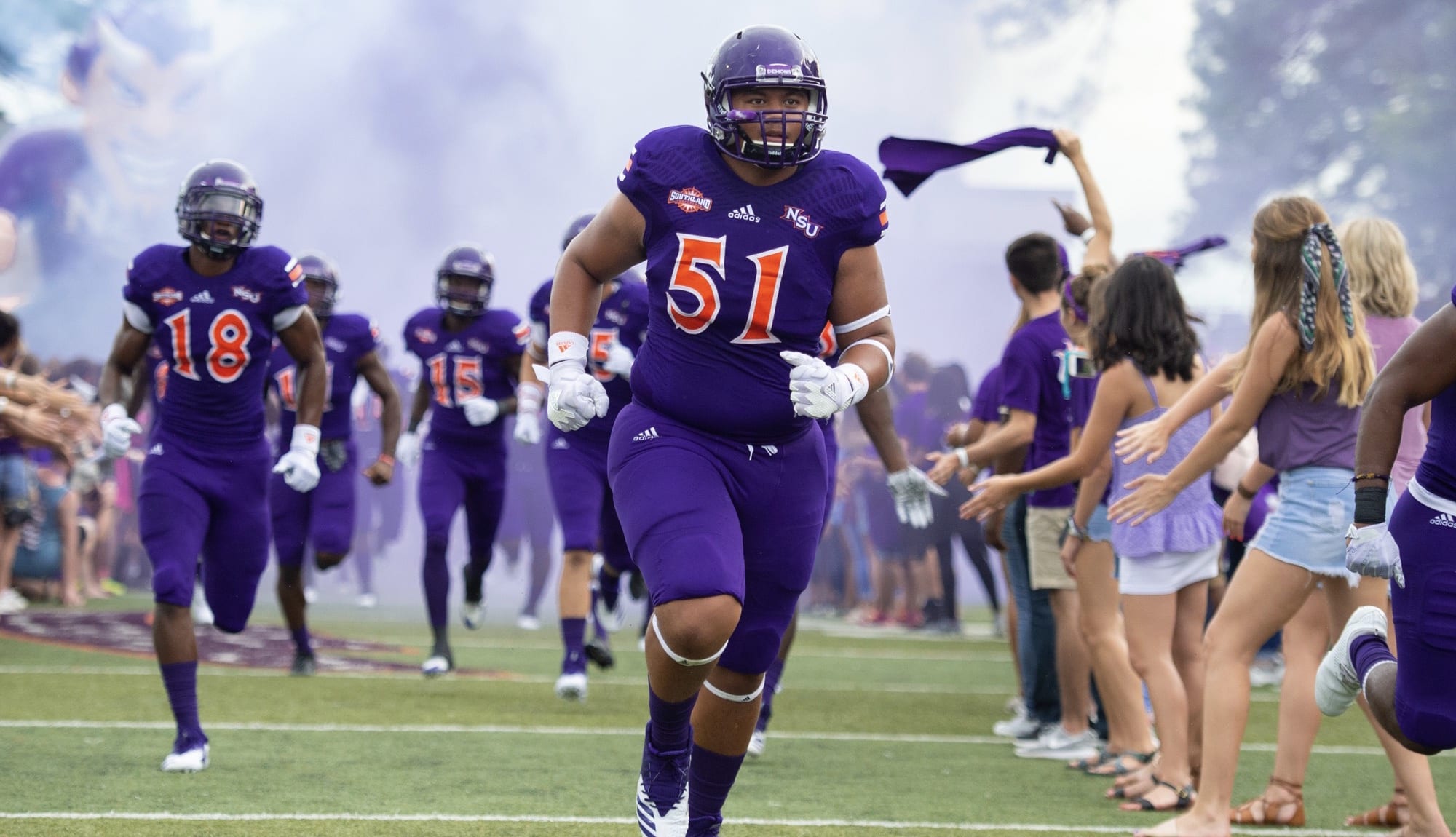 NATCHITOCHES – For all the differences between Week 1 and Week 2 for the Northwestern State football team, there are some similarities for the Demons when they host Midwestern State in their 2019 home opener.

While Northwestern State will play at home instead of making a long bus ride, the Demons (0-1) face another opponent making its 2019 debut. This time, it is Midwestern State, which makes its season debut ranked No. 20 in the American Football Coaches Association Division II Preseason Top 25.

Kickoff at Turpin Stadium is set for 6 p.m. The game can be heard on the Demon Sports Network. Live streaming video and audio is available on www.NSUDemons.com or through the Northwestern State Athletics mobile app, which is available for free download through either the Apple Store or Google Play.

“This being their first game, there’s a lot of unknown besides what we can watch on film of them from last year,” second-year head coach Brad Laird said. “It’s a lot like UT Martin. We know what kind of program we’re getting, the consistency they’ve shown. We can look at the personnel we’re going to face but, to me, like I told the team Sunday, it’s still about us. It’s about the things we can do to be the very best football team we can be Saturday night.”

The Mustangs open their 2019 season by facing a Football Championship Series opponent for the first time since 2003 when Midwestern State fell to Southland Conference member Sam Houston State.

Somewhat similarly, the Demons face a non-Division I team for the first time since a 48-7 win against NAIA member Kentucky Wesleyan on Oct. 8, 2016.

Midwestern State has been a consistent winner and enters off an 8-2 season where both losses came by one point, including a 35-34 loss to then-No. 8 Tarleton State.

“Their consistency is one thing that stands out,” Laird said. “They’ve had 19 straight winning seasons. Since 2006, they’ve been ranked in the top 20. That’s consistency. Give coach (Bill) Maskill credit. They’re going to bring in a team whose culture is winning.”

Consistency was one of Laird’s buzzwords during the preseason and throughout fall camp.

After a 42-20 loss to UT Martin in Week 1, it appears focus is one that has found its way into the Demons’ vernacular.

Asked about the keys to seeing improvement from week to week, junior linebacker Adrion Robertson uttered that word and added, “Paying attention to the little things, the details. That will win us a lot of games.”

Maintaining that focus for four quarters is another point of emphasis for the Demons, which led by six at halftime in Martin before being shut out in the second half.

In the first half, the Demons converted 8 of 10 third downs, helping NSU score on three of its first four drives of the 2019 season. In the second half, Northwestern State failed to convert on nine third-down attempts.

“It’s a four-quarter game,” said wide receiver Quan Shorts, who set career highs in receptions (12), receiving yards (111) and touchdowns (2) at UT Martin. “Last year, we started hot a lot, but every time teams adjusted, we didn’t seem to adjust. We have to keep our offense running fluidly. Looking from last week to this week, we have to play a full four quarters, and that will get the job done.”

The best news for the Demons is they will have a chance to do that at home for the first of five times in 2019.

“There’s nothing like being able to run out in the purple smoke in front of our fans and our community,” Laird said. “There’s not a better feeling than that. It’s going to be quite different than what we experienced last week when there where literally was no one behind us. It’s going to be a great experience for our guys to run through the purple smoke and play here in Turpin Stadium. To say we’re excited, well that’s the least we can say.”