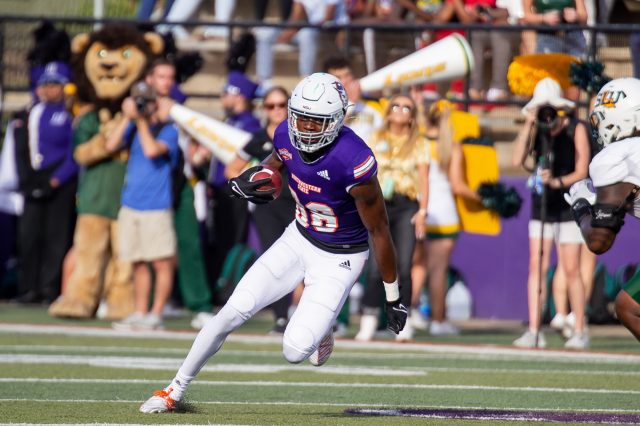 Following five straight night games to open the season, NSU kicked off its Oct. 16 matchup against McNeese in the afternoon, giving the Demons experience in adjusting their gameday routines.

It will do so again Saturday as the Demons (1-6, 1-3 Southland Conference) kick off a stretch of three road games in the final four weeks of the year with a trip to Nicholls (3-4, 2-2). Kickoff is set for 12 p.m. at Manning Field at John L. Guidry Stadium.

The game can be seen on Cox Sports Television and on ESPN+ for those outside the CST viewing area. It can be heard on the Demon Sports Network, flagshipped by 94.9 FM The River in Natchitoches. Free streaming audio is available on www.NSUDemons.com and through the Northwestern State Athletics mobile app, which can be downloaded free for Apple and Android devices.

“It’s an early kick for us on Saturday,” fourth-year head coach Brad Laird said. “For us, our mental clock has to change a little bit in terms of understanding what time we’ll be playing on Saturday. There’s not much you can do differently in order to get ready for a game. The pregame meal will be at an earlier time, and the meetings will change a little bit, but that’s about it.”

Laird used the term “special” to describe road trips, and Northwestern State’s most recent road trip was just that as the Demons rallied past Houston Baptist, 21-17, on Oct. 9.

NSU’s trip to Nicholls comes on the heels of its most balanced offensive effort of the season. The Demons ran for 207 yards and threw for 206 in a 51-14 loss to Southeastern in its most recent outing.

That balance will be key against a Nicholls team that leads the Southland Conference in total defense (382.3 yards per game) and stands second in rushing defense (119 ypg).

Against Southeastern, the Purple Swarm defense started fast, forcing the Lions to punt twice on the first three drives after SLU had punted once its previous two games.

While both offenses are productive, they do so in different ways.

“It starts with the quarterback (Lindsey Scott Jr.) and what he can do throwing and running the ball,” Laird said. “They’ve been very dynamic on the ground. They have a good offensive line and running backs and a quarterback who does what he does. Then you have (Dai’Jean) Dixon outside, who is one of the top receivers to ever come through the conference in terms of the number of catches he’s had. We have to make sure we do a good job defensively.”

Regardless of the kickoff time or Nicholls’ preferred mode of travel, Laird knows what he and his team can expect when they travel down the bayou to face the Colonels.

“For 60 minutes, it will be a battle,” Laird said. “Within this conference week in and week out, the opportunity is there. It will be no different this week.”