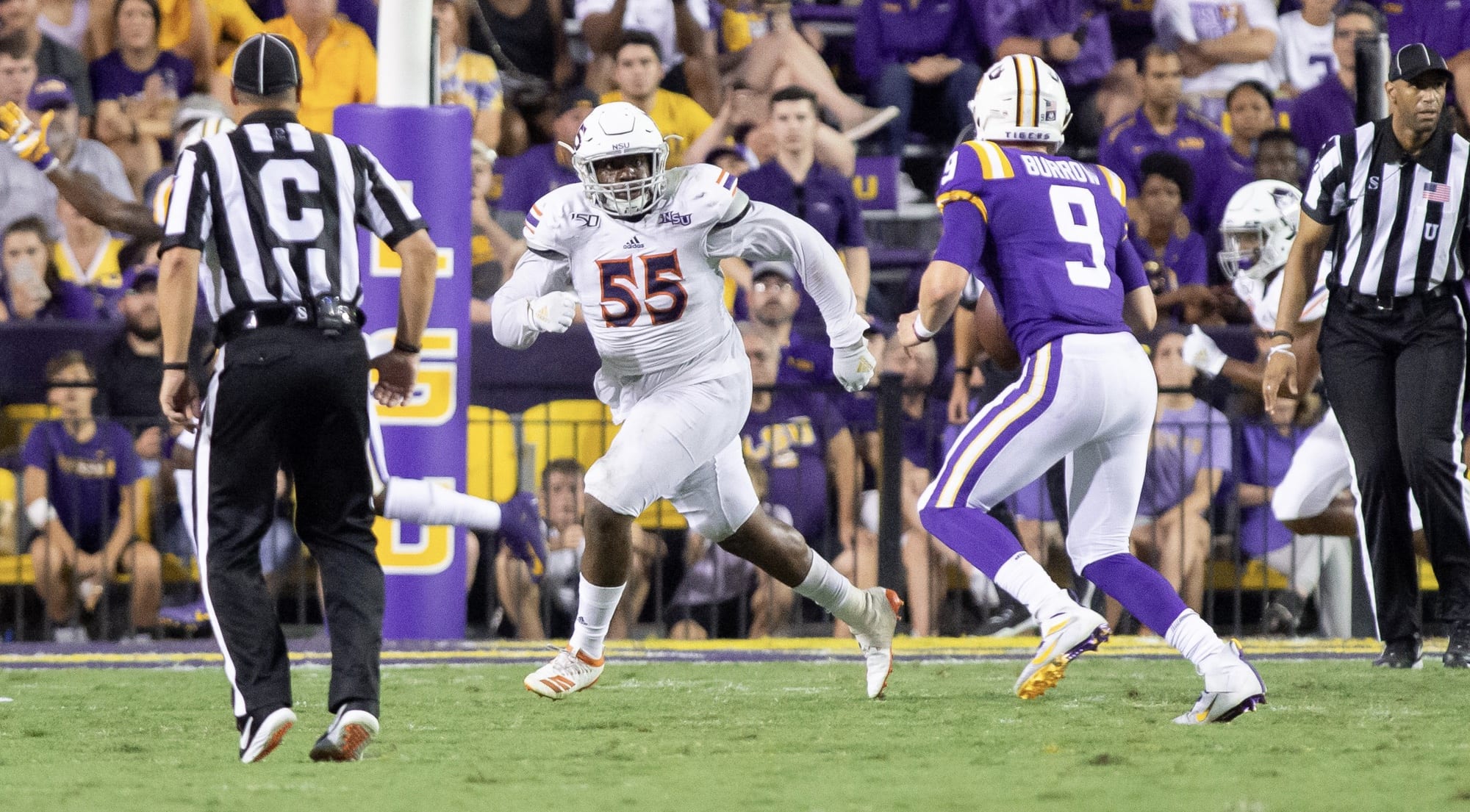 HOUSTON – The Northwestern State football team has a chance to hit the proverbial reset button this weekend.

The game can be seen on ESPN3 and will air on the Demon Sports Network, flagshipped by 94.9 FM The River in Natchitoches and including 710 AM KEEL in Shreveport and Sunny 106.9 FM in Alexandria. Streaming audio also is available atwww.NSUDemons.com or through the Northwestern State Athletics mobile app, available for free download through Google Play or the Apple Store.

A week after facing the Tigers and their high-powered offense, Northwestern State turns around to see one of the most potent units in the Football Championship Subdivision.

The Huskies enter Saturday’s matchup leading the FCS in scoring (48.3 points per game) and in total offense (544.3 yards per game). Houston Baptist has won two straight games, including a 53-52 win at South Dakota on Sept. 14.

“(The win at South Dakota) was a big win for them on the road, a big win for our conference,” said second-year head coach Brad Laird. “Those wins out of conference help all of us. Are there going to be similarities (to LSU)? Possibly. HBU is different in their own way. We’re going to see a great quarterback. We saw a great quarterback last week. They do a great job scoring points. We saw that last year, especially early on. We can build a little off last year’s experience. Now they have some other key pieces to the puzzle.”

The biggest key driving the Huskies offense is quarterback Bailey Zappe, the reigning Southland Conference Offensive Player of the Week. Zappe threw for 513 yards and five touchdowns as the Huskies edged South Dakota a week ago.

Zappe leads the Southland Conference and ranks second nationally in passing yards (1,062) and passing yards per game (354.0). His 10 touchdown passes sit one behind national co-leaders Eric Barriere of Eastern Washington and Robert Riddle of Mercer.

Slowing a passing attack that ranks second nationally at 386.3 yards per game will be a key focus for a Demons’ defense that held strong early against No. 4 LSU, including senior Dylan Wilson’s late second quarter interception of Joe Burrow deep in LSU territory.

“We have to make sure we don’t let anyone get over our heads,” said junior defensive tackle Damian Thompson. “The D-line has to help out with pressure.”

The Demons’ defensive line acquitted itself well against LSU, helping hold the Tigers to 3.5 yards per rush and collecting three of the Demons six tackles for loss.

Senior defensive tackle O’Shea Jackson had two of those tackles for loss and the Demons’ lone sack. Jackson missed the first week of the season and is rounding into the form that made him a preseason second-team All-Southland Conference selection.

“(Having Jackson back) helps out a lot,” Thompson said. “We’ve also got Nate (Nanai), so everyone helps everyone. If I’m pass rushing and I can’t get there, O’Shea or Nate gets there. It helps our defense to have him back.”

Much like the Demons’ defense, the NSU offense had its moments against LSU, including scoring the first two touchdowns in school history against the Tigers.

Even with some momentum coming off that showing, Laird’s message to his team did not change as the Southland Conference season arrives.

“We’re 0-0,” he said. “That’s the message to our guys. Our guys understand conference is a whole different season. There is a lot of parity in the conference, and we look forward to the opportunity Saturday.”