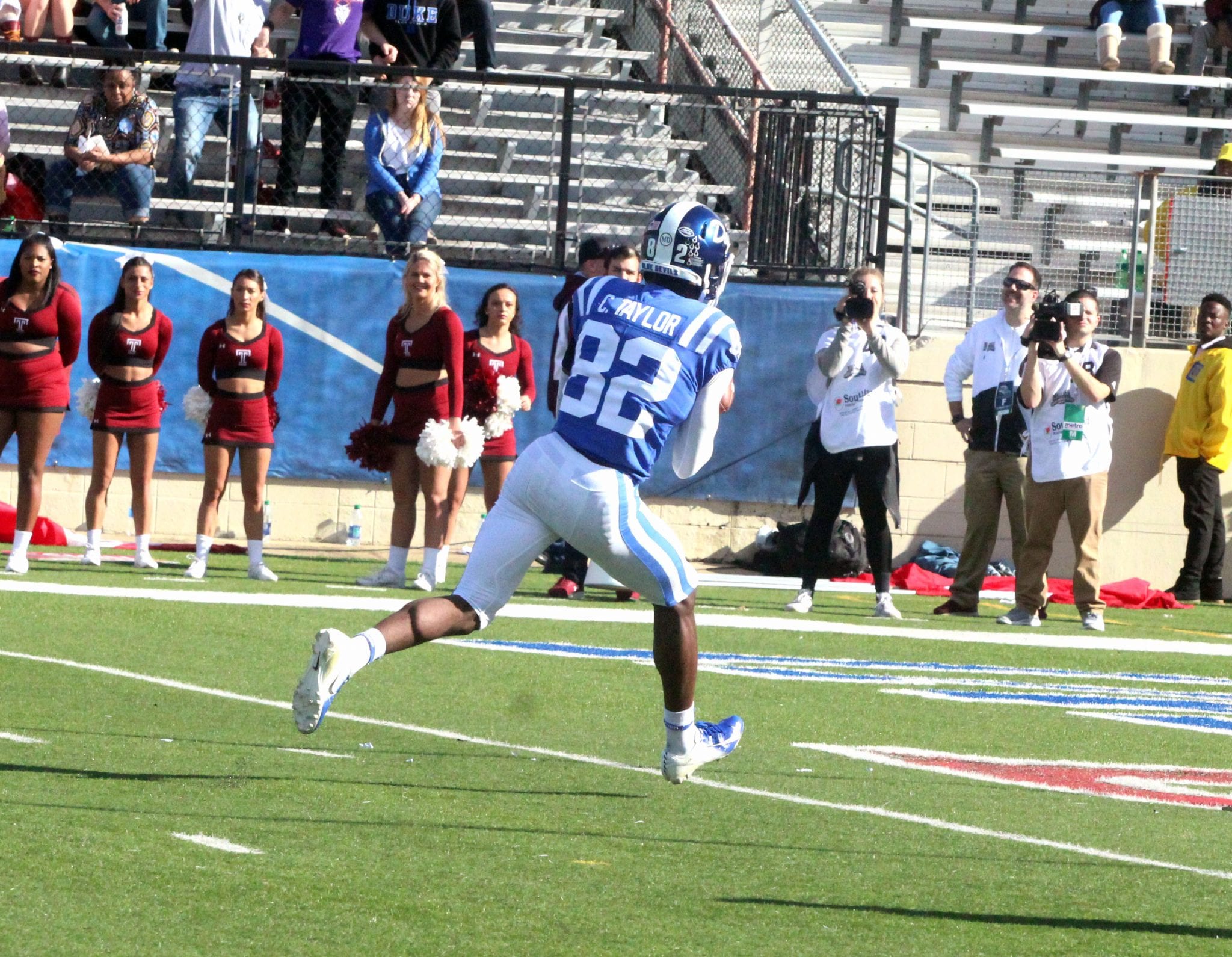 Riding the arm of quarterback Daniel Jones, the Duke Blue Devils rallied past the Temple Owls 56-27 in the 43rd Walk-On’s Independence Bowl on Thursday at Independence Stadium.

The Blue Devils scored three TDs in the third quarter.

“They got going with those scores quickly in the third quarter,” Temple interim head coach Ed Foley said. “They had those two quick scores. And then, we’ve been making plays on special teams all year, so I went to the well with the fake punt and we didn’t execute it and that just gave them another score so really that was the turnaround right there. “

Jones completed 30 of 41 passes for 423 yards and five touchdowns. He also scored one rushing touchdown.

“We had a lot of good stuff going into the game,” Jones said. “We were prepared. We hit on that first drive then we hit a lull.

“I don’t think we lost confidence. We knew we could catch a few breaks, catch some momentum and keep it rolling. What happened toward the end of the first half (scoring twice late) and in the second half was we caught our groove and had enough good stuff to keep it going. The big thing there was not losing our confidence.”

Said Duke coach David Cutcliffe: “I’m going to be honest, nothing Daniel Jones does every surprises me. When he has that much time to practice, great things can happen. You don’t ever count on 56 points.”

TJ Rahming was Jones’ favorite receiver, catching 12 passes for a bowl-record 240 yards and two touchdowns. The TDs covered 22 and 85 yards. He also had a 64-yarder that set up the game’s first TD.

Temple quarterback Anthony Russo completed 25 of 46 passes for 258 yards and one TD.

Jones briefly left the game in the first quarter with what looked like a foot injury.

While he was out, Temple’s Delvon Randall intercepted a pass from backup Quentin Harris and returned it 52 yards for a touchdown.