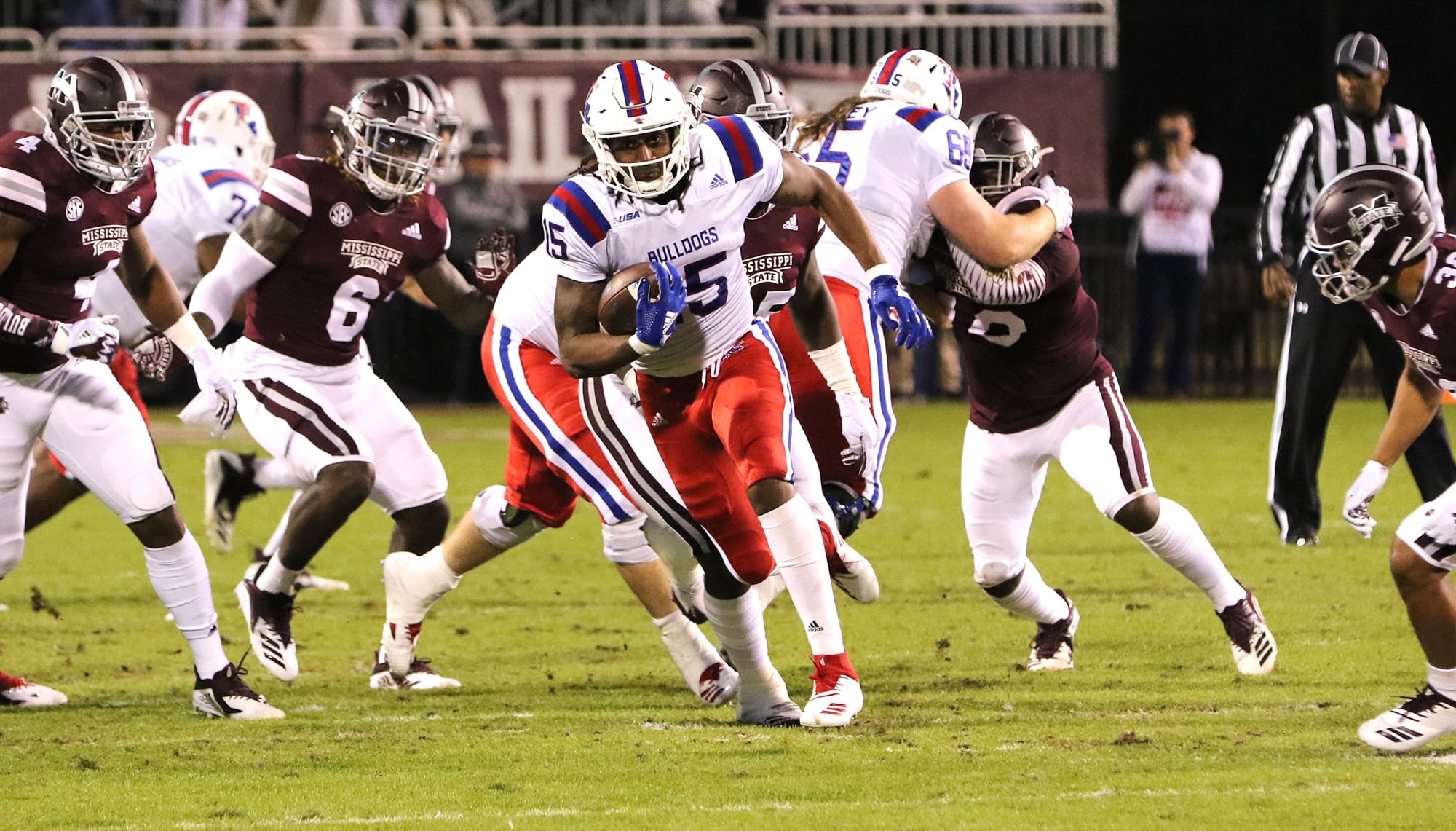 Fitzgerald threw for 243 yards and four touchdowns, three coming in a first quarter that saw Mississippi State race out to a 21-3 lead, and rushed for 107 yards in only three quarters as the SEC Bulldogs (6-3) handed the C-USA Bulldogs (6-3) a loss for the second straight year.

Tech senior defensive end Jaylon Ferguson recorded two more sacks in the game, giving him 40 for is career, only four shy of Terrell Suggs’ NCAA record of 44 set during his career at Arizona State. Ferguson now leads the nation with 12.5 sacks this season, and is chasing his own single season record of 14.5 set in 2016.

Mississippi State scored on first half drives covering 70, 59, 75 and 85 yards while amassing 327 yards of total offense in the opening two quarters of action. Fitzgerald connected on TD passes of 11, 36, 23 and 10 yards to four different receivers.

Offensively, Louisiana Tech was held in check all night long. J’Mar Smith completed 14-of-30 passes for 98 yards as the Bulldogs offense drove inside the Mississippi State 40 yard line only twice all night. Bailey Hale hit a 46-yard field goal with 3:15 to play in the first quarter, cutting the Miss State advantage to 14-3.

Tech managed to drive the ball inside the Mississippi State 10 yard line midway through the fourth quarter, but failed to capitalize, turning the ball over on downs.

Tech returns to action this Saturday when it hosts Rice at 6 p.m. at Joe Aillet Stadium.