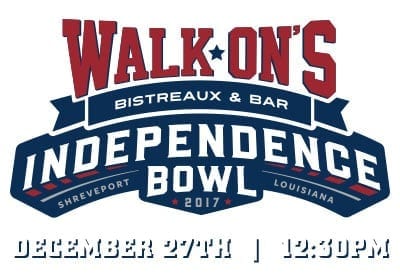 Both the Seminoles (6-6) of the ACC and Golden Eagles (8-4) of Conference-USA bring three-game winning streaks into the game.

Florida State is making its 36th straight bowl appearance. Southern Miss is in a bowl for the third straight season. The Golden Eagles are making their third Independence Bowl appearance with the last coming in 1988.

This is the first meeting between the teams since 1996.

Former Oregon coach Willie Taggert has been hired to replace Fisher, but Haggins will coach the team in the bowl.

Jay Hopson is in second season as head coach at Southern Miss after spending four years in the same position at Alcorn State.

FSU will be without three of its top defensive players. Defensive end Josh Sweat, defensive back Derwin James and linebacker Matthew Thomas have decided to enter the NFL Draft and not play in the bowl.

Smith, a senior first-team All-Conference USA selection, has rushed for 1,323 yards and 13 TDs.

FSU has another capable running back in Jacques Patrick (687 yards).

James Blackman, FSU’s true freshman quarterback, has completed 155 of 271 passes for 1,997 yards and 15 TDs with 11 interceptions.

Blackman became the starter after Deondre Francois was injured in the season opener against Alabama.
Nyqwan Murray is FSU’s leading receiver with 40 catches for 604 yards and four TDs.

Griggs missed three games with an injury to his left hand in the first half of the season. He returned as the starter against Rice in Week 10.

First-team All-C-USA selection Korey Robertson is the team’s top receiver. He has 72 catches for 1,070 yards and 11 touchdowns.