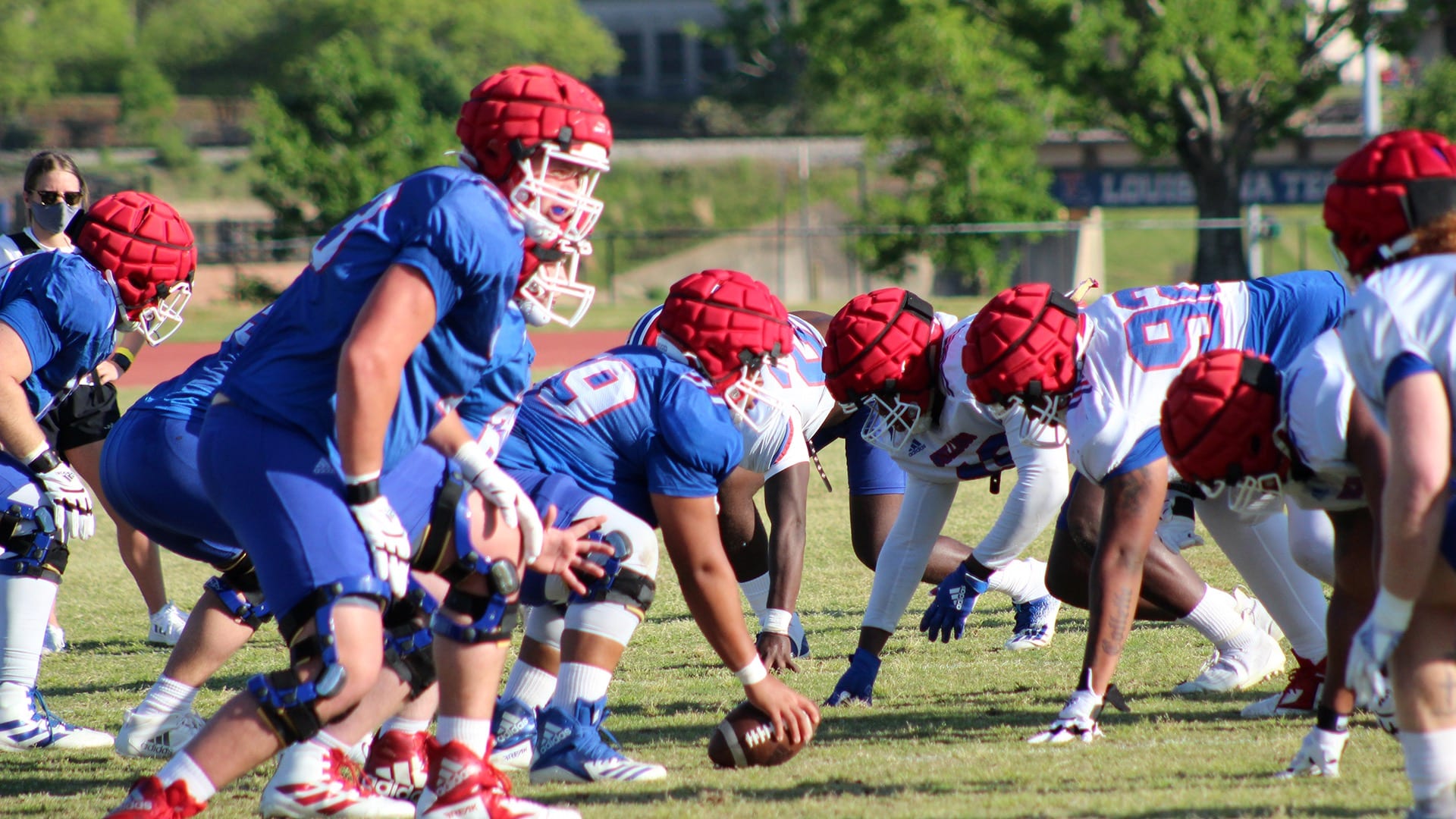 RUSTON — It was chilly afternoon when fans last gathered to watch the annual Louisiana Tech Spring Game in Joe Aillet Stadium on April 14, 2018.

The White Team defeated the Blue Team, 16-6, in the final of 15 spring practice sessions for the Bulldogs.

Nobody knew then that they had just witnessed the last Tech spring game in three years.

On April 11, 2019, two weeks before Ruston was hit by a devastating tornado, the game was canceled due to inclement weather.

A year after that, the entirety of the 2020 spring camp was canceled two days before it was to start due to the COVID-19 pandemic.

“I’ve been in coaching for a long time and I don’t know that I’ve ever gone without a spring game,” head coach Skip Holtz said. “Then, a couple of years ago, we weren’t able to have one and last year, with the pandemic in the country, nobody was allowed to go through spring.”

Senior linebacker Ezekiel Barnett, a former Benton standout who was entering his sophomore season during the 2018 spring game, said it has been great to be able to compete this spring camp.

“Last year, nobody in the country had a spring,” Barnett said. “Teams couldn’t really develop and get that chemistry because summer wasn’t what it normally is. It is nice to have a spring and get new defenses and new offenses. Iron sharpens iron and that’s what we’ve been doing this spring.”

Now, a little over three years after that chilly 2018 game, the Spring Game is returning to Joe Aillet Stadium once again.

Junior wide receiver Griffin Hebert, who was just coming off of his redshirt season when he caught two passes for a total of 14 yards in the 2018 game, said he is looking forward to competing this spring.

“I know we missed out on it last year,” Hebert said. “We just had to throw it all together in fall camp. I’m glad we get to develop a little bit over spring.”

Louisiana Tech fans will have the chance to preview the 2021 team during the Spring Game presented by Origin Bank on Saturday at Joe Aillet Stadium.

“Spring is a great opportunity for our players to get another scrimmage in,” Holtz said. “But, it’s also the first opportunity many of our fans have to take a look at some of these young and new players and what the 2021 football team is going to look like and get some excitement and enthusiasm with it.”

Barnett said he is excited to show fans how far the team has come and what Tech has been working on this spring.

“The spring game is a good opportunity to integrate with the community, fans and teammates,” Barnett said. “You get to see what a team is looking for in the season. I really enjoy the spring game. I can’t wait to come out here and give the community a show.”

Hebert said the team has come a long way from the 2020 season and the Bulldogs are excited to show fans the new Tech football team.

“I just miss it because we didn’t have spring last year,” Hebert said. “It will be good to get people out here and have some fans out here cheering us on again.”

The game is set to begin at noon with gates to the stadium scheduled to open at 11 a.m. Tech officials expect the game to last approximately 90 minutes.

Fans are encouraged to enter on the west side of Joe Aillet Stadium where concessions and bathrooms will be accessible. The 13 suite holders within the Chris Richardson Family Suite Level will have access to their individual suites during the game.

“I know the players get excited about a spring game,” Holtz said. “They love to have the opportunity to go live where they can come out here and play the game. It’s even better that we could put some people in the stands. I would encourage everybody to come out. It’s going to be a great weekend here on campus with the spring game, softball games and baseball games. There’s going to be all types of activities. Campus will be buzzing.”