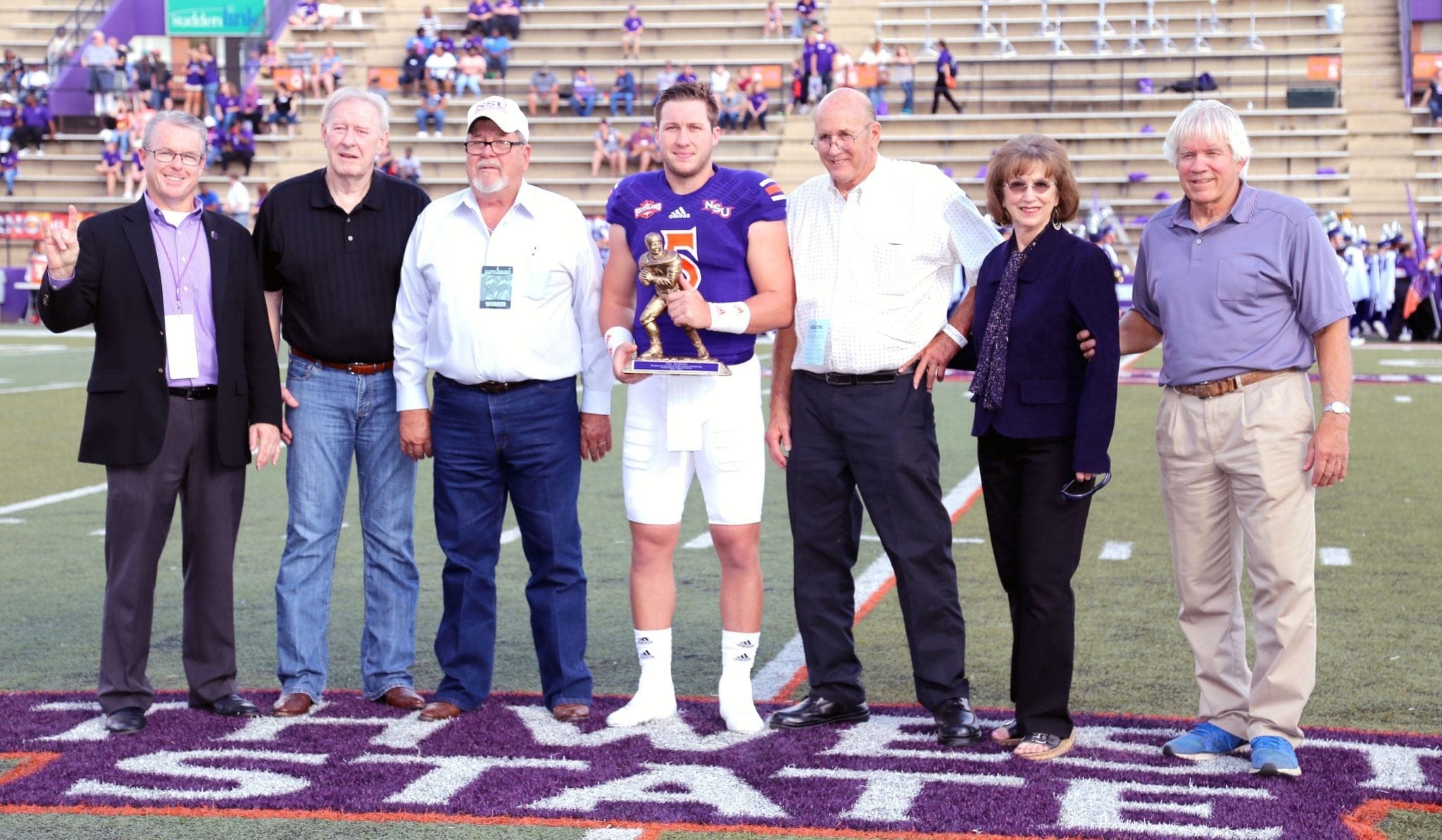 NATCHITOCHES — Senior quarterback J.D. Almond has been awarded Northwestern State’s prestigious Jack Clayton Scholarship in recognition of his academic and athletic achievements and leadership in the Demons’ football program.

Almond was spotlighted in a pregame presentation Saturday afternoon before NSU’s 26-23 victory in Turpin Stadium over Abilene Christian.

The Jack Clayton Scholarship, along with the Jack Clayton Plaza behind the south end zone of Turpin Stadium, was created in 1999 by former players who competed under Coach Clayton. His Demons won four Gulf States Conference championships from 1957-66, including his last team, which was undefeated and ranked No. 1 in the nation’s NAIA ranks at the end of the season.

The recipient of the Clayton Scholarship is dedicated to academics and must display Coach Clayton’s trademark characteristics of leadership, integrity and worth ethic.

A Haughton product, Almond has earned three letters while starting 11 games in the last three seasons. He has thrown for 1,906 yards and 10 touchdowns in his career, with a single-game best of 275 yards as a sophomore against Central Arkansas.

He has been a Demon Deacon, elected by teammates to represent his position on the squad’s leadership council that provides input to head coach Jay Thomas on team issues.

Almond, who plans to coach at the college level, is nearing graduation in psychology/addiction studies.