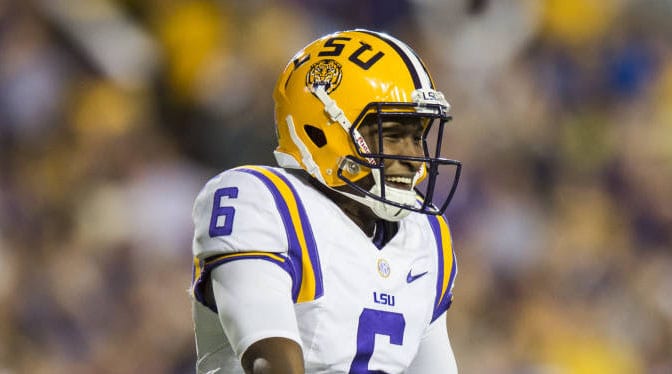 The sophomore Heisman hopeful, whose individual-award opportunities faded during a three-game Novemeber losing streak, set LSU’s bowl scoring record with 30 points while the Tigers total of 56 was its all-time high in the postseason.

Fournette was named the Most Valuable Player after gaining 256 all-purpose yards. His touchdown runs spanned 2, 43, 4 and 2 yards, while also earning his first career touchdown reception from 44 yards.

LSU (9-3), which never trailed, amassed 638 yards of total offense – a program bowl record and sixth-most in school history – including 384 rushing and 254 passing from quarterback Brandon Harris, a former Parkway star. The Tigers led 21-20 early in the third quarter but responded with three-straight touchdowns including a pair by Fournette and a 26-yard run by Harris to put the game out of reach before the fourth quarter.

Harris was 13-of-22 passing with the touchdown to Fournette and one interception. Malachi Dupre had a team-high 96 receiving yards on four catches, while John Diarse added four catches and 45 yards. Trey Quinn had a 46-yard reception that setup one of Fournette’s scores.

Mahomes led Texas Tech, completing 28-of-56 passes for 370 yards and four touchdowns with one interception at the LSU goal line. Wide receiver Jakeem Grant caught three of the touchdowns from 46, 3 and 4 yards. He had 10 catches for 125 yards.

Linebackers Deion Jones and Kendell Beckwith each had eight tackles for LSU, while combining for 3.5 sacks and six tackles for loss. Tackle Davon Godchaux added two sacks and a forced fumble, as LSU held the nation’s second-ranked passing offense 224 yards below its season average of 594.5 yards.