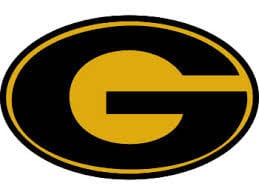 GRAMBLING — Malik Route scored on a career-long 79-yard punt return and De’Arius Christmas returned an interception 66 yards as the Grambling State Tigers cruised to their first shutout win since 2011 with a 34-0 win over Alabama State on Saturday night at Eddie G. Robinson Memorial Stadium.

The Tigers improved to 1-2 overall.

Grambling State extended the lead to 14-0 when Aldon Clark scored on an 11-yard run with 5:56 left and on the next Alabama State drive, Christmas returned a deflected Darryl Pearson pass for the score as the Tigers built a 21-0 advantage through one quarter.

Marc Orozco, who came into the game 44 points shy of becoming the all-time leader in points by a kicker, booted the first of two field goals, a 21-yarder, to extend the lead to 24-0 with 6:39 left in the first half. He connected on a 29-yard field goal with 1:24 remaining in the third quarter to push the margin to 27-0.

Midway through the final quarter, Geremy Hickbottom completed a pass to Kobe Ross and he was stripped of the football and Devohn Lindsey fell on it in the endzone to give the Tigers a 34-0 advantage.