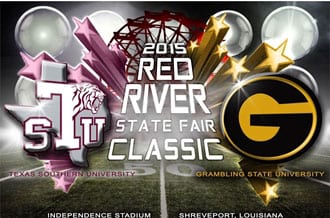 Among Johnathan Williams’ 197 passing yards were Hunter’s two touchdowns, an impressive 9-yard grab on which he was double covered and jumped over two TSU defenders. Later, in the second quarter, Williams rolled right, evaded two tackles and lobbed a 51-yard pass to Hunter, who jumped over a defender to snag the catch.

“It was a very exciting game,” Grambling State coach Broderick Fobbs said. “I’m really pleased with our team and our performance. Anytime you have an opportunity to score as many points as we scored it really just shut the door on them early. It really says a lot about our team, our program and our coaching staff.”

Carter, who leads the SWAC in scoring and is tied for first in scoring TDs, scored his ninth touchdown on a shifty nine-yard run and he scored his tenth TD on two-yard run.

The GSU defense flustered TSU in the first half, limiting Houston Tigers to three first downs. TSU stopped themselves with seven first half penalties for 82 yards. GSU swarmed TSU with two sacks and a forced fumble. In the second half, GSU kept the onslaught with two more sacks, an interception and limited TSU to 99 rushing yards.

Grambling State jumped out to a quick 24-0 led before TSU got a fresh set of downs, and GSU was never seriously threated at they extended the team winning streak to seven games, tying Fobbs’ career record of seven straight wins last season.

“I tell you, I thought we came out with a lot of energy,” Fobbs said. “The kids played extremely hard. We jumped on Texas Southern early that’s something we needed to do I’m glad we did it. Senior day was tough for me being with those guys for two years and I love them just like my own. It tough and we know kids have to graduate move on and start their lives that’s just part of it.”

Hunter finished with three catches for 79 yards and two TDs. Chad Williams had 69 yards on six catches and one touchdown. Johnathan Williams was 19 for 33 passing attempts, three touchdowns and one interception.

Brandon Byrdsong caught a 6-yard pass for GSU’s first third down conversion. Then, Johnathan Williams on a third down threw a perfect 29-yard TD pass to Chad Williams for GSU’s first score. Jordan Stegall recovered a TSU fumble putting GSU inside the TSU red zone. A series of holding penalties hurt GSU, forcing kicker Marc Orozco to drill a 32-yard field goal. Orozco went two for three, and his game long was a 39-yard field goal in the fourth quarter.