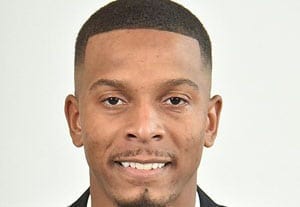 Johnson was named the SWAC Defensive Player of the Week after his performance against Mississippi Valley State on Saturday.

Johnson, who also earned the SWAC College Madness Defensive Player of the Week honor on Sunday, accounted for eight points in the 38-6 victory over the Delta Devils.

His 25-yard interception in the opening quarter began the scoring for the Tigers. That interception was just one of three on the night for the senior defensive back. He finished the night with four solo tackles, including one for a loss of yards and three interceptions. Also, Johnson was a STATS FCS National Defensive Player of the Week honorable mention selection.

The SWAC defensive award was the second consecutive for the Tigers as De’Arius Christmas picked up the honor after the win against Jackson State.

Former Airline star Ja’Terious Pouncy also had a good game. He had eight solo tackles and two assists from his defensive back positiion.

Grambling State (3-1 overall, 1-0 SWAC) steps out of conference play this week as the Tigers will participate in the Chicago Football Classic against Clark Atlanta. Kickoff from Soldier Field is set for 3:30 p.m.