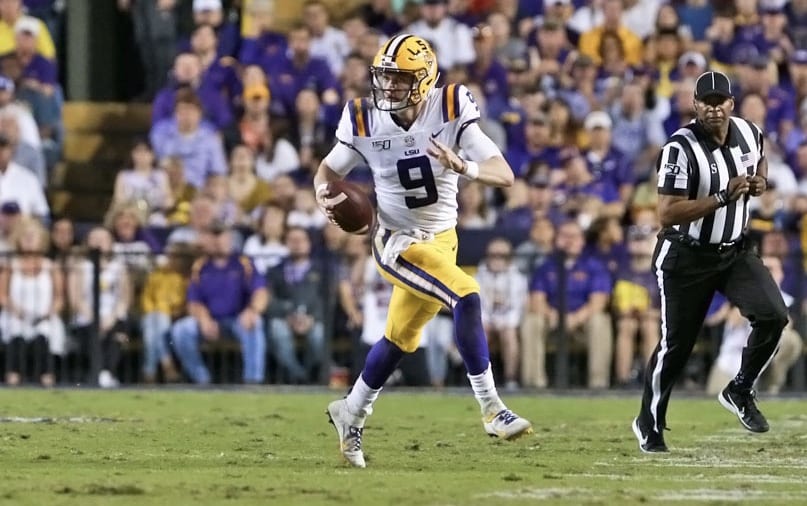 NEW YORK — For the first time in 60 years, an LSU player has staked his claim to the highest individual honor in collegiate sports, the Heisman Memorial Trophy.

Senior quarterback Joe Burrow was announced as the 2019 winner at a ceremony at New York’s PlayStation Theater on Saturday evening.

Burrow became the second player from LSU to win the award, joining late halfback Billy Cannon, who was announced as the winner on Dec. 1, 1959.

As a graduate transfer, Burrow signed to play his remaining two seasons of eligibility for LSU on the day Cannon passed away: May 20, 2018.

“I’d like to thank Louisiana, the entire state,” Burrow said after thanking his teammates, family and coaches. “Just a kid from Ohio coming down chasing a dream. And the entire state has just welcomed me and my family with open arms, and invited us in to be native Louisianians. I’ve learned to love crawfish and gumbo.

“Coach O,” Burrow continued, fighting back tears. “You have no idea what you mean to my family. I didn’t play for three years. You took a chance on me, not knowing if I could play or not. And I’m forever grateful for you. Can you imagine a guy like Coach O gives the keys to his football program? It just means so much to me and my family.”

The vote was a historic runaway.