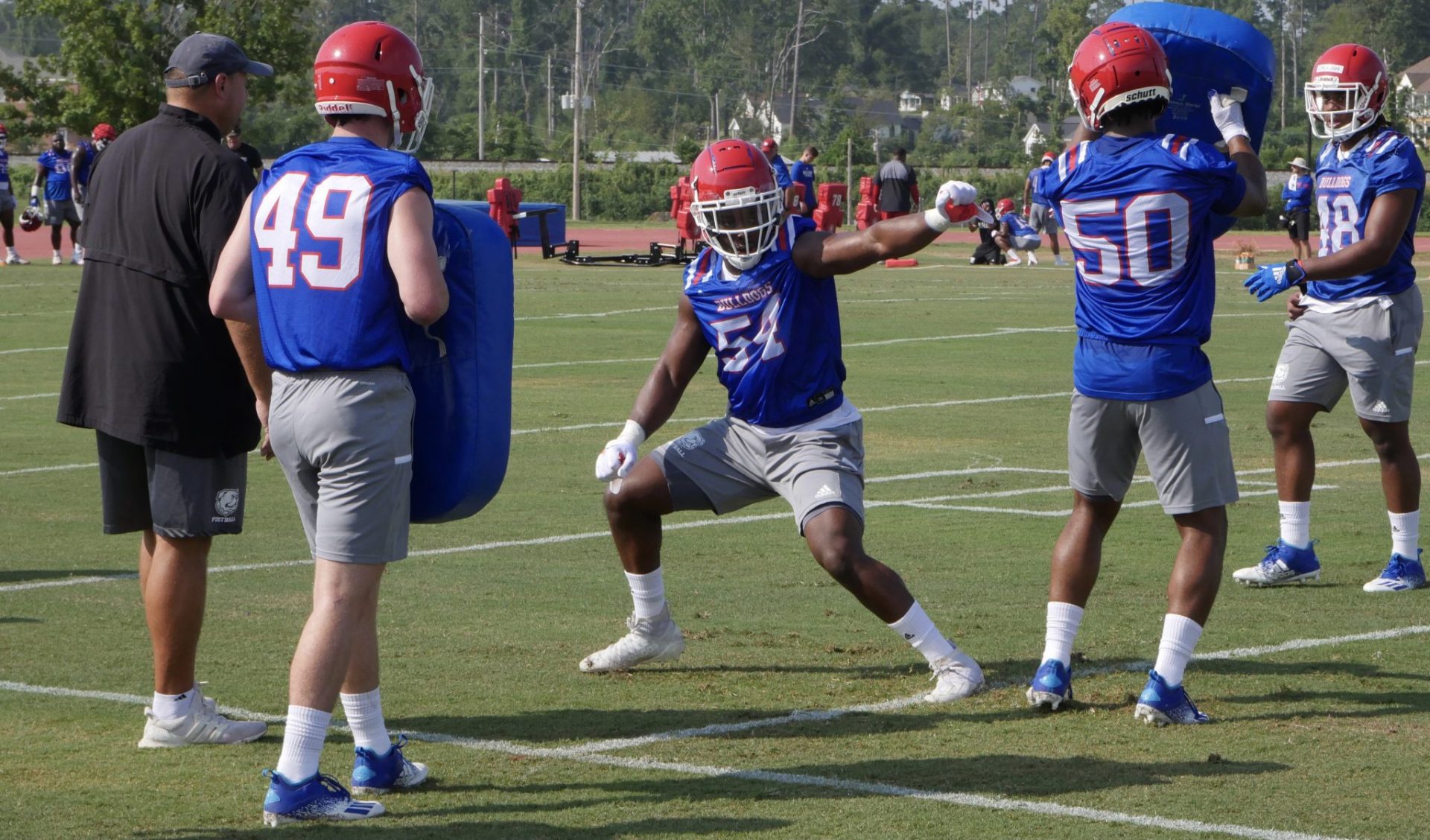 Well, maybe not quite. But it felt that way for the Louisiana Tech football team on Friday as the 2021 squad took the field for the first practice of fall camp.

“There was excitement, energy and enthusiasm with having the opportunity to be out on the grass,” head coach Skip Holtz said. “Even though it was just our first day getting acclimated where we’re in shorts today and tomorrow, it was really nice to get out on the grass. This team has had a really great summer when you look at what some of these guys have done physically to their bodies and the type of shape that they’ve come in, as well as the carry-over from spring ball. We just installed a little bit today. We’ll install in pieces. It will take us about five days to get everything in, but I’m really pleased with the retention, the attitude and the work ethic in what they were doing running around.”

One of those defensive returners is senior linebacker Ezekiel Barnett. Barnett, who started his LA Tech career as a walk on, played in 45 games as a Louisiana Tech Bulldog which is tied for the most Tech appearances by a player on the 2021 roster.

“It was nice to be with the guys for fall camp,” Barnett said. “It was nice having a sense of normalcy compared to last year. Obviously, we are still taking precautions, but it was nice to be out there and getting the feel of things. The team is working to achieve our ultimate goal.”

Two of the five returning offensive starters are on the offensive line in juniors Joshua Mote and Abraham Delfin. The duo started in all 10 games of the 2020 season at left guard and right guard, respectively.

It’s good to be out there with the whole team because during the summer we are all separated into different groups and you don’t see some of those guys,” Mote, a 2021 Conference USA Preseason Watch List honoree, said. “It’s just good to be all together. I’m excited about this year.”

Though there are a lot of familiar faces on the 2021 roster, there are also plenty of new Bulldogs that fans can look forward to cheering on this season. Since the 2020 season came to a close, Louisiana Tech has added 13 transfers with nine on the offensive side of the ball and four on the defensive.

“There’s an awful lot of talent and a great attitude right now and that’s all I can ask for,” Holtz said. “If we keep this up, this is one down and 24 to go. As I told them, this is not a sprint. It’s a three-week process that we have to get to build this football team and get ready for the first game. I really liked the attitude and the way they’re working. It was a very productive first day out on the field.”

Three-game mini plan tickets for the 2021 LA Tech football campaign are also on sale and available for purchase here.