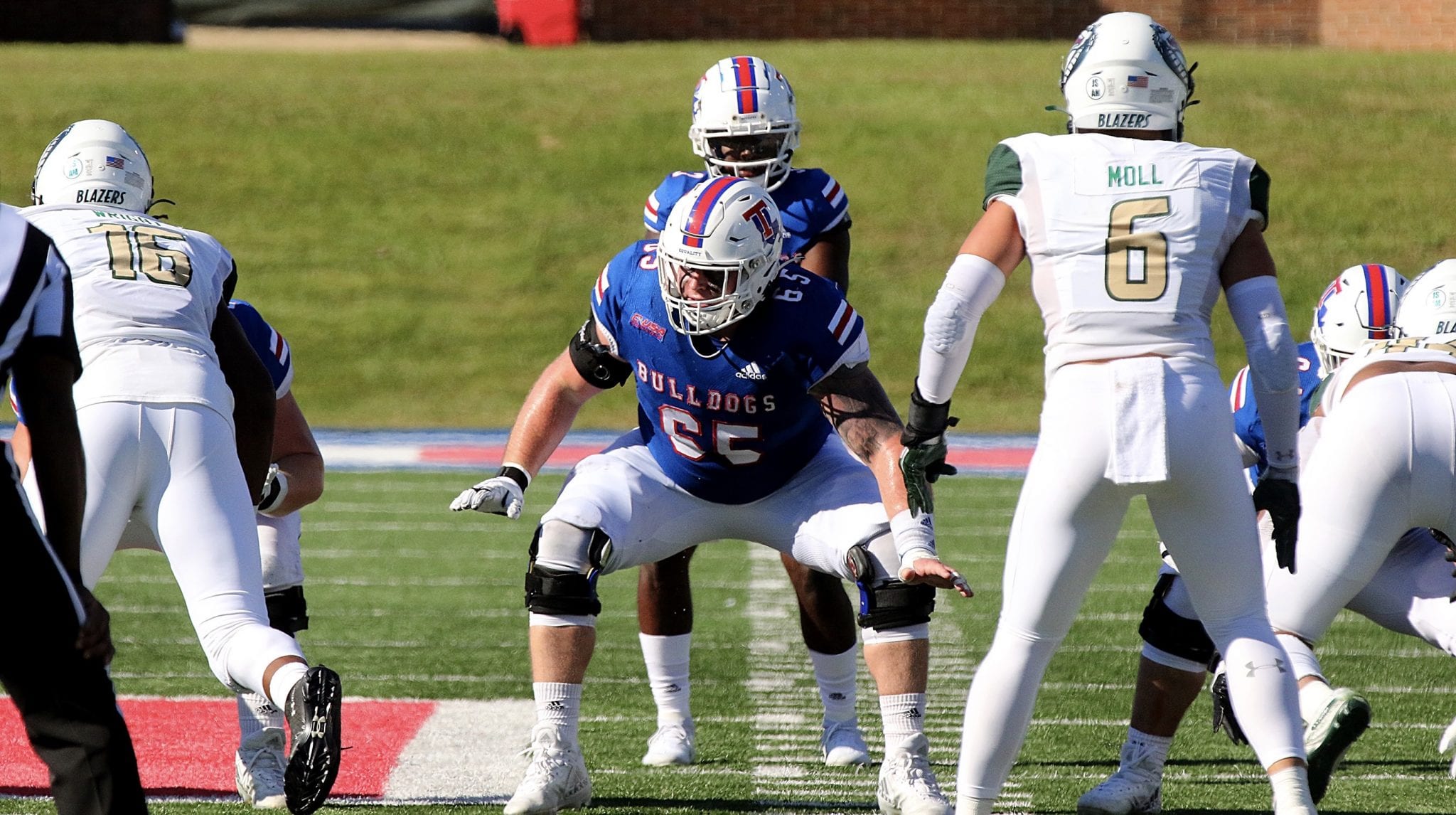 The Louisiana Tech Bulldogs will be looking for their seventh straight bowl victory Wednesday against the Georgia Southern Eagles in the R + L Carriers New Orleans Bowl at the Mercedes-Benz Superdome.

“We’re excited to go to New Orleans,” Louisiana Tech head coach Skip Holtz said in his weekly press conference. “I know for our players having the opportunity to play in the Dome is something few of them have had the opportunity to do being that the state championship games are played there which, for a lot of guys growing up in this state, that’s what it always meant. Going to the Dome meant you’re playing for the championship.

Tech, which defeated Miami 14-0 in last year’s Independence Bowl, is 5-4. Georgia Southern, a member of the Sun Belt Conference, is 7-5.

The Bulldogs are coming off a 52-10 road loss to TCU in the regular-season finale on Dec. 12. The Eagles lost to Appalachian State 34-26 at home on the same day.

The Eagles have lost three of their last four.

Four of Georgia Southern’s losses were by eight points or less. Their worse loss was to undefeated Coastal Carolina 28-14.

Tech had four games in a row canceled in November. The Bulldogs made up one of those, defeating North Texas 42-31 on Dec. 3 in Denton, Texas.

Tech will be without quarterback Luke Anthony, who suffered a compound fracture of his right tibia and fibula late in the TCU game. Anthony was named Conference USA’s Newcomer of the Year on Tuesday.

Aaron Allen, who has played in all nine games, is expected to start. He has completed 63 of 97 passes for 561 yards and four touchdowns with five interceptions.

Israel Tucker leads the Bulldogs on the ground with 525 yards on 129 carries. He has scored four touchdowns.

Linebacker Ezekiel Barnett, a former Benton standout, ranks fourth in tackles with 45 in eight games. He also has two interceptions.

“We’re excited about it and have great respect for Georgia Southern and the job coach (Chad) Lunsford’s done with that football team in the three years that he’s been there and the physical nature that they play with,” Holtz said. “They have an offense that is seventh in the country in rushing offense. They have about 12 tailbacks averaging about five yards a carry. Their quarterback is a really special player.

“Defensively, they base everything out of a three-down front, but they are a very aggressive, physical defensive football team. This is a physical team and it’s going to be a heck of a challenge. The game is going to go to the team that wants it the most, and there’s a lot of people maybe just going to say we want to go play in a bowl.

“But, playing a team like Georgia Southern, if you’re not all-in, you’re going to get beat up pretty good. We’ll learn a lot about our football team this week, but I’m certainly proud of what they’ve been able to accomplish in a crazy year with a lot of hard work and a lot of leadership it’s taken to keep everybody together at this point. I’m really proud of them and am really excited about it

A former Football Championship Subdivision power, Georgia Southern moved up to the Football Bowl Subdivision in 2014.