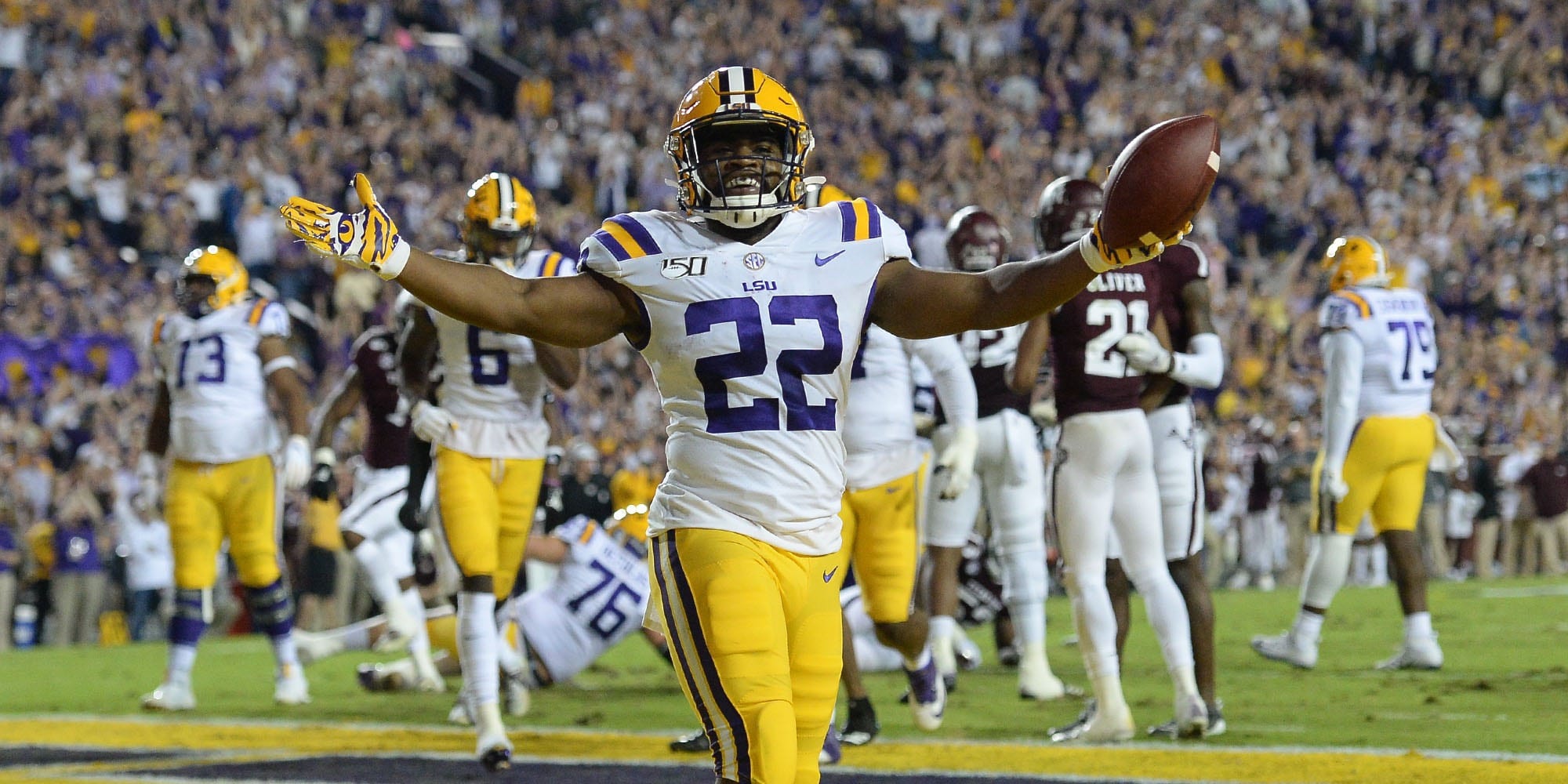 BATON ROUGE — On Senior Night, the most prolific quarterback in LSU history took his final bow on Saturday Night in Death Valley by setting a pair of SEC passing records.

LSU’s Joe Burrow threw for 352 yards and three touchdowns as top-ranked LSU posted its most lopsided victory in the 58-game series history with Texas A&M, 50-7, to finish the regular season 12-0.

Meanwhile, LSU’s defense put forth its most complete performance of the season while holding Texas A&M to seven points, 169 total yards, and 2-of-13 on third down while coming up with a safety and six sacks for the first time in three seasons.

The Tigers intercepted Kellen Mond three times, as the Aggies quarterback managed only 10-of-30 passing for 92 yards.

LSU (12-0, 8-0 SEC) will face Georgia on Saturday, Dec. 7, at 3 p.m. CT in the 2019 SEC Championship Game at Mercedes-Benz Stadium in Atlanta. LSU’s has sold out of its ticket allotment, thus fans are encouraged to use the official StubHub marketplace at LSUsports.net/marketplace.

Burrow, who has 4,366 passing yards this season, left to a standing ovation with 12 minutes remaining in the game. He also moved to second on LSU’s career passing yards list with 7,257 – trailing only four-year starter Tommy Hodson (9,115).

LSU wide receiver Ja’Marr Chase continued to be nearly impossible to defend, as the sophomore caught seven passes for 197 yards and two touchdowns. It was Chase’s eighth 100-yard game in 11 appearances this season, as he moved to second on LSU’s single-season receiving yards list behind SEC record holder Josh Reed with 1,457 yards.

Clyde Edwards-Heliare scored his 16th rushing touchdown of the season while running for 87 yards on 18 carries. He also caught four passes for 49 yards.’

Wide receiver Justin Jefferson also scored for LSU — a 12-yard catch in the 21-0 first quarter — and finished with six catches for 55 yards. Jefferson moved to second on LSU’s single-season receptions list with 81 in 2019, trailing only Josh Reed (94 in 2001).

Burrow’s backup, Myles Brennan, tossed his first touchdown of the 2019 season when he connected with tight end Racey McMath for a 58-yard catch-and-run in the fourth quarter.

— Featured photo by Tim Eddington, Special to The Press-Tribune