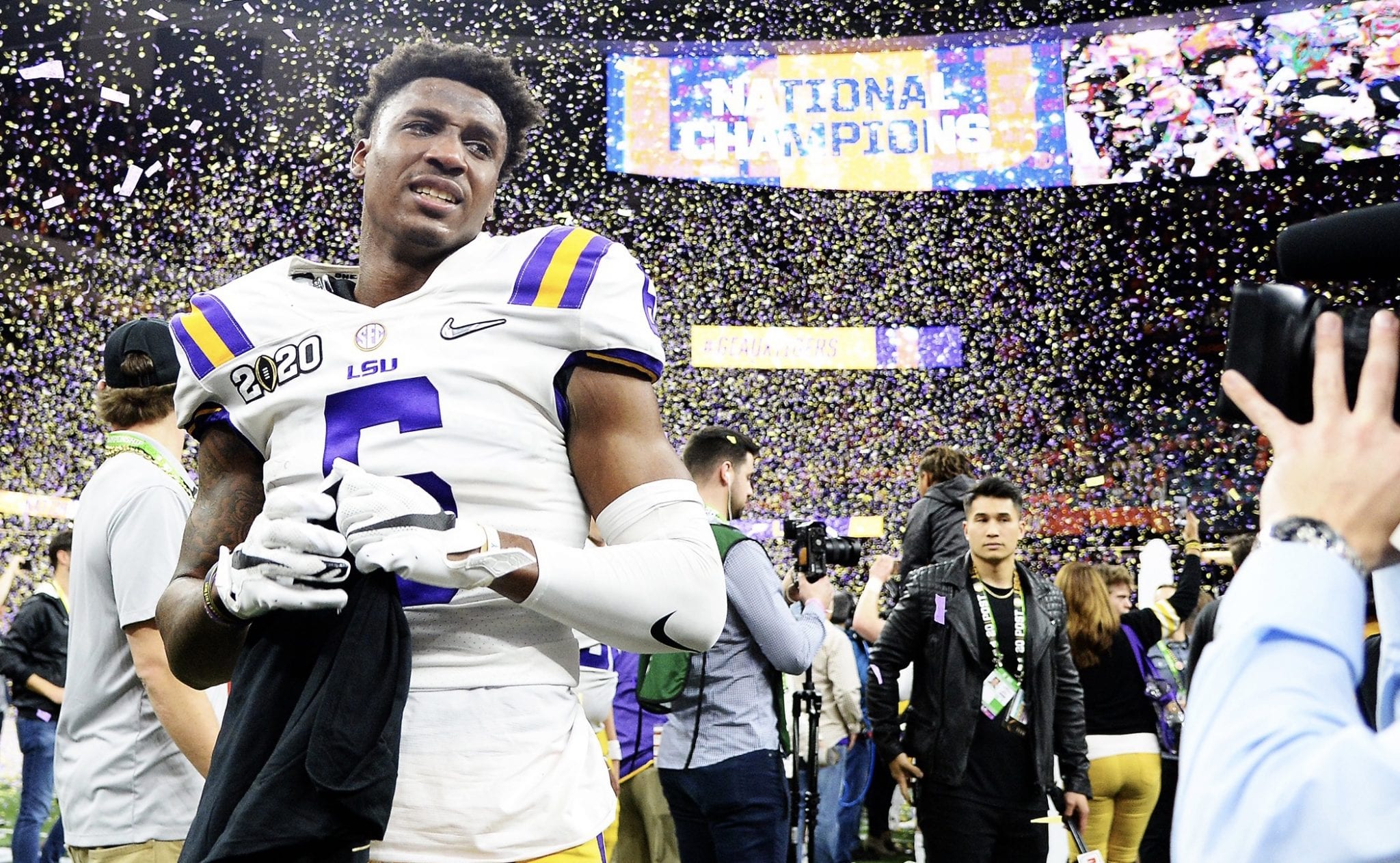 NEW ORLEANS — The LSU Tigers are the 2019 national champions.

Top-ranked LSU defeated No. 3 and defending champion Clemson 42-25 in the College Football Playoff National Championship Game on Monday night at the Mercedes-Benz Superdome.

“It means a lot to the state of Louisiana, everybody who bled the purple and gold. I think it is a tremendous night for everybody.”

Clemson, which had a 29-game winning streak snapped, finished 14-1.

Heisman Trophy-winning quarterback Joe Burrow, named the Offensive Player of the Game, completed 31 of 49 passes for 463 yards and five touchdowns.

His last TD pass went to former Parkway star Terrace Marshall Jr. with 12:08 left in the game. It covered 24 yards and gave LSU the 42-25 lead.

Burrow also rushed for 58 yards on 14 carries and scored a touchdown.

The latter came with 5:19 left in the second quarter and put the Tigers ahead to stay at 21-17.

Justin Jefferson had nine catches for 106 yards. Thaddeus Moss had TD catches of 6 and 4 yards. The former came with just 10 seconds left in the first half.

Clyde Edwards-Helaire rushed for 110 yards on 16 carries and caught five passes for 54 yards.

Marshall finished with three catches for 46 yards. He was also the intended receiver on a pass interference call on third-and-19 at the LSU 21. The penalty kept the Tigers’ fourth touchdown drive alive.

LSU trailed 17-7 early in the second quarter, its biggest deficit of the season. The Tigers answered with 21 straight points to lead 28-17 at halftime.

Though Clemson narrowed the margin to three on a 3-yard run by Travis Etienne with 10:49 left in the third, LSU scored the final 14 points of the contest.

LSU linebacker Patrick Queen was named Defensive Player of the Game after leading the Tigers with eight tackles including 2.5 behind the line of scrimmage.

Etienne rushed for 78 yards on 15 carries

— Featured photo by Tim Eddington, Special to The Press-Tribune