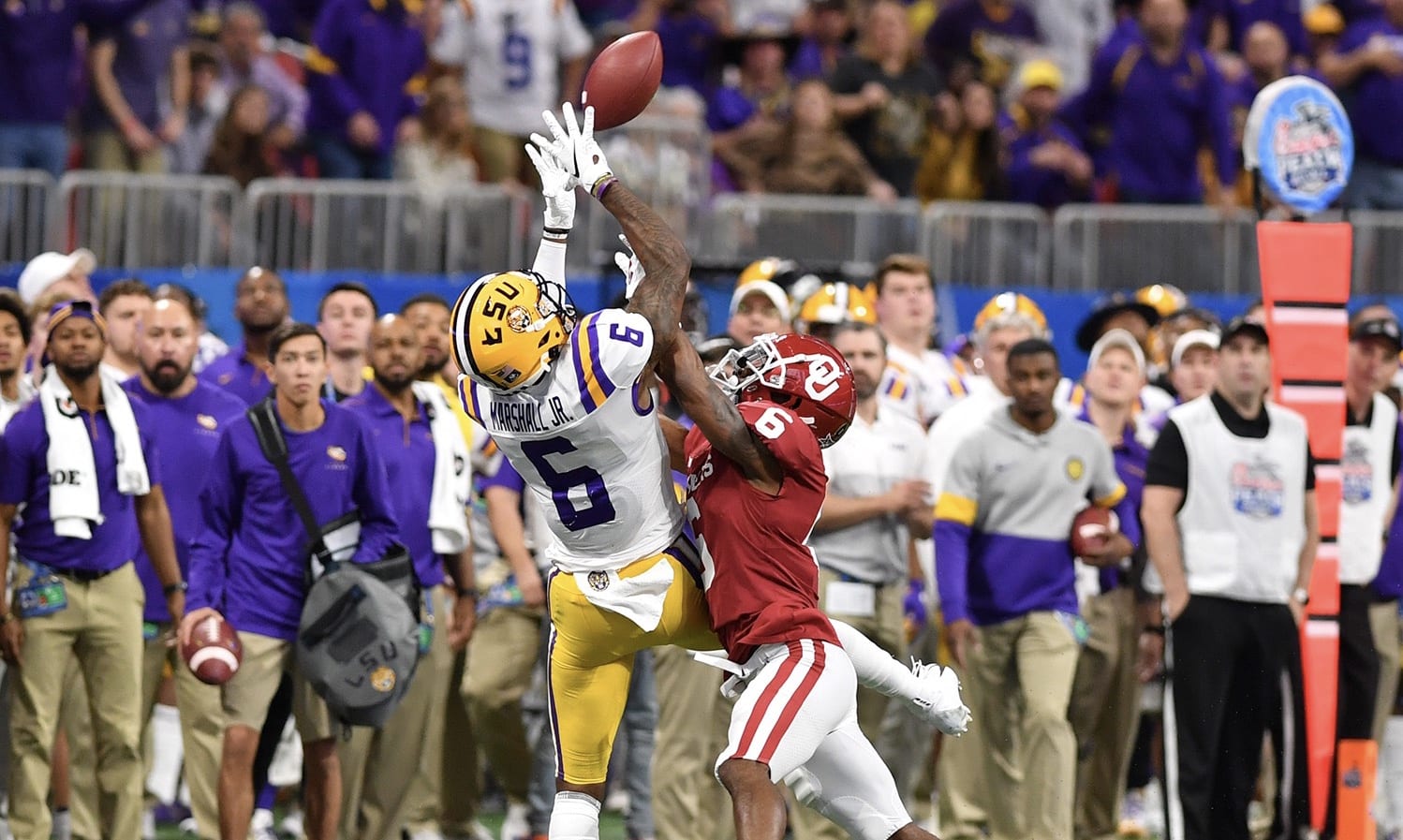 The LSU Tigers are headed to the College Football Playoff championship game.

The Tigers (14-0) will play third-ranked and defending champion Clemson (14-0), a 29-23 winner over No. 3 Ohio State, for the national championship Monday, Jan. 13, at the Mercedes-Benz Superdome.

“It feels great to be able to go back to your home state, your home crowd, and play for a title,” LSU receiver Terrace Marshall Jr. said. The former Parkway star caught two touchdown passes.

Burrow tied an NCAA record with seven touchdown passes in the first half as LSU rolled to a 49-14 lead. He scored on a 3-yard run on the opening drive of the second half and the Sooners (12-2) never got closer than the final margin.

He said the Tigers went into the game with their usual confidence.

“We go into every game thinking nobody can stop us,” he said. “That’s the way we think. We think we need to score every time we touch the ball. If we don’t, then we’re still kind of chasing that perfect game. It’s always something to get better at, and today was a lot of fun, but still room to improve.”

Justin Jefferson caught 14 passes for 227 yards. He had four TD receptions in the first half.

Marshall caught six passes for 80 yards and a pair of touchdowns. He left the game early in the third quarter after suffering what he described as a “stinger” after a 32-yard catch.

“Terrace, I think, is going to be sore a little bit — should be fine,” LSU head coach Ed Orgeron said.

Marshall’s TD catches covered 8 and 2 yards. The first gave LSU the lead for good after Oklahoma tied it at 7. The second came with 50 seconds left in the first half and gave the Tigers the 49-14 lead.

Marshall said he wasn’t surprised by LSU’s margin of victory.

“I knew my teammates would go out there and dominate them in the first half,” he said. “We would just do what we had to do.”

Marshall had a 24-yard catch on the third touchdown drive. On third-and-2, Burrow scrambled toward the sideline and lofted a pass downfield just before going out of bounds. Marshall went up and made the grab.

“I trust my guys,” Burrow said. “I trust them enough to throw 50/50 balls up to them and they’re going to be able to make a play for me. I’ve got great people around me, and that’s why we’ve been so successful. We have trust in each other.”

Tight end Thaddeus Moss had a 62-yard TD catch. He finished with 99 yards on four receptions.

LSU offensive coordinator Steve Ensminger coached despite a plane crash Saturday morning in Lafayette that killed his daughter-in-law Carley McCord, 30, a sports reporter based in New Orleans, and four other people. There was one survivor who was seriously injured.

The small plane had just taken off and was headed for Atlanta and the game.

LSU head coach Ed Orgeron said he was the one who told Ensminger about the tragedy.

“I told him what happened and here’s what he said: Coach, we’re going to get through this,” Orgeron said. “And obviously, he was distraught, but he called a great game today. So just goes to show you the integrity and the grit and character of the men on our football team.”

Orgeron said the players weren’t informed about the crash until after the game, although some likely found out before.