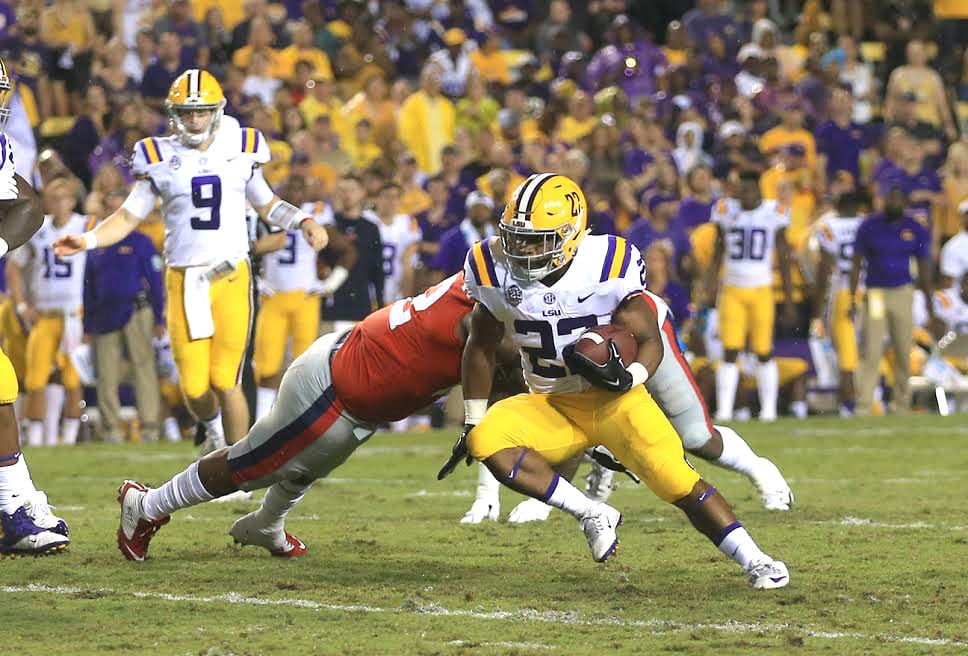 BATON ROUGE — Fifth-ranked LSU rolled up 573 yards of total offense – 292 through the air and 281 on the ground – in a 45-16 victory over Ole Miss on a rainy Saturday night in Tiger Stadium.

LSU (5-0, 2-0 SEC) was led by quarterback Joe Burrow, who was 18-of-25 passing with three touchdowns while running for a team-best 96 yards and a touchdown.

“I’m very pleased with the outcome of the game,” LSU head coach Ed Orgeron said. “5-0. Total team effort. Give Ole Miss credit. I thought (Ole Miss head) coach (Matthew) Luke did a good job with his team. They were never out of the game. They kept on fighting, kept on fighting. We couldn’t put them away. It was a tough game.”

Burrow connected with nine different receivers including wide receiver Justin Jefferson who had a team-high five catches for 99 yards with touchdowns of 65 and 5 yards. Stephen Sullivan added five catches for 50 yards while Racey McMath had his first two career catches for 42 yards.

Former Parkway star Terrace Marshall Jr., a freshman, caught a 52-yard pass in the second half to set up a touchdown.

Along with Burrow’s 96 net yards rushing, running back Nick Brossette had 72 net yards with a 4-yard touchdown run late in the first quarter that put the Tiger ahead, 14-3. Clyde Edwards-Helaire added 67 net yards on 11 carries with a 3-yard touchdown run midway through the second quarter.

The Tigers return to action on Saturday, Oct. 6, when traveling to Gainesville for face Florida. Kickoff is set for 2:30 p.m. CT on CBS, with pregame on the LSU Sports Radio Network beginning at 12:30 p.m.

Rebels quarterback Jordan Ta’amu was 19-of-38 passing for 178 yards. Ole Miss running back Scottie Phillips ran 16 times for 96 net yards with a 1-yard touchdown run late in the third quarter.