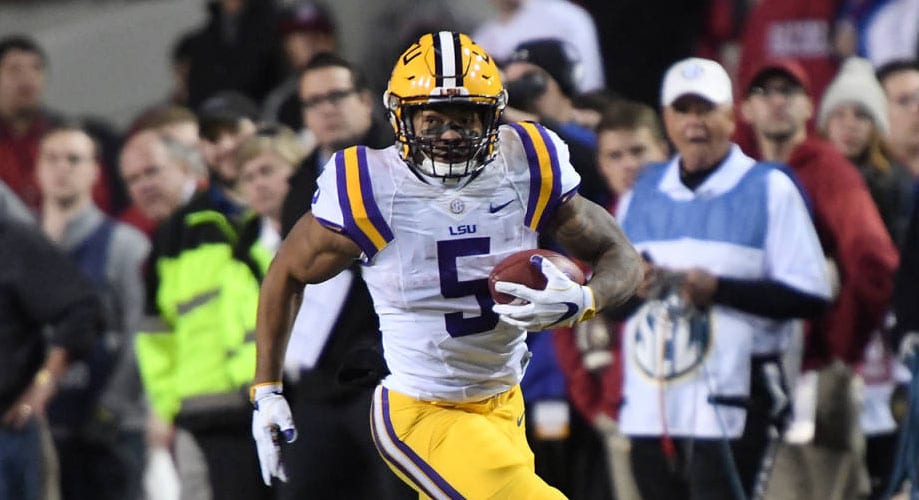 Fournette scored twice as the Tigers built a 21-0 lead in the first 20 minutes of play and never looked back. The junior ran 17 times for 98 yards with touchdown runs of 5, 7 and 3 yards.

Guice, a sophomore from Baton Rouge, ran for 219 of his 252 rushing yards in the second half. Highlighting the effort was the longest play from scrimmage in LSU history: a 96-yard touchdown run in the fourth quarter that put an exclaimation point on a 390-yard rushing tally.

The Tigers defense continued to shine, allowing only 81 rushing yards with three sacks in the first half. Linebacker Donnie Alexander’s interception setup an LSU touchdown and Dwayne Thomas’ pick off kept Arkansas out of the endzone. LSU’s Kendell Beckwith also recovered a fumble in the endzone.

LSU has allowed only 10 touchdowns in nine games this season.

Arkansas was led by quarterback Austin Allen, who was 15-of-31 passing for 210 yards with a 44-yard touchdown and two interceptions.