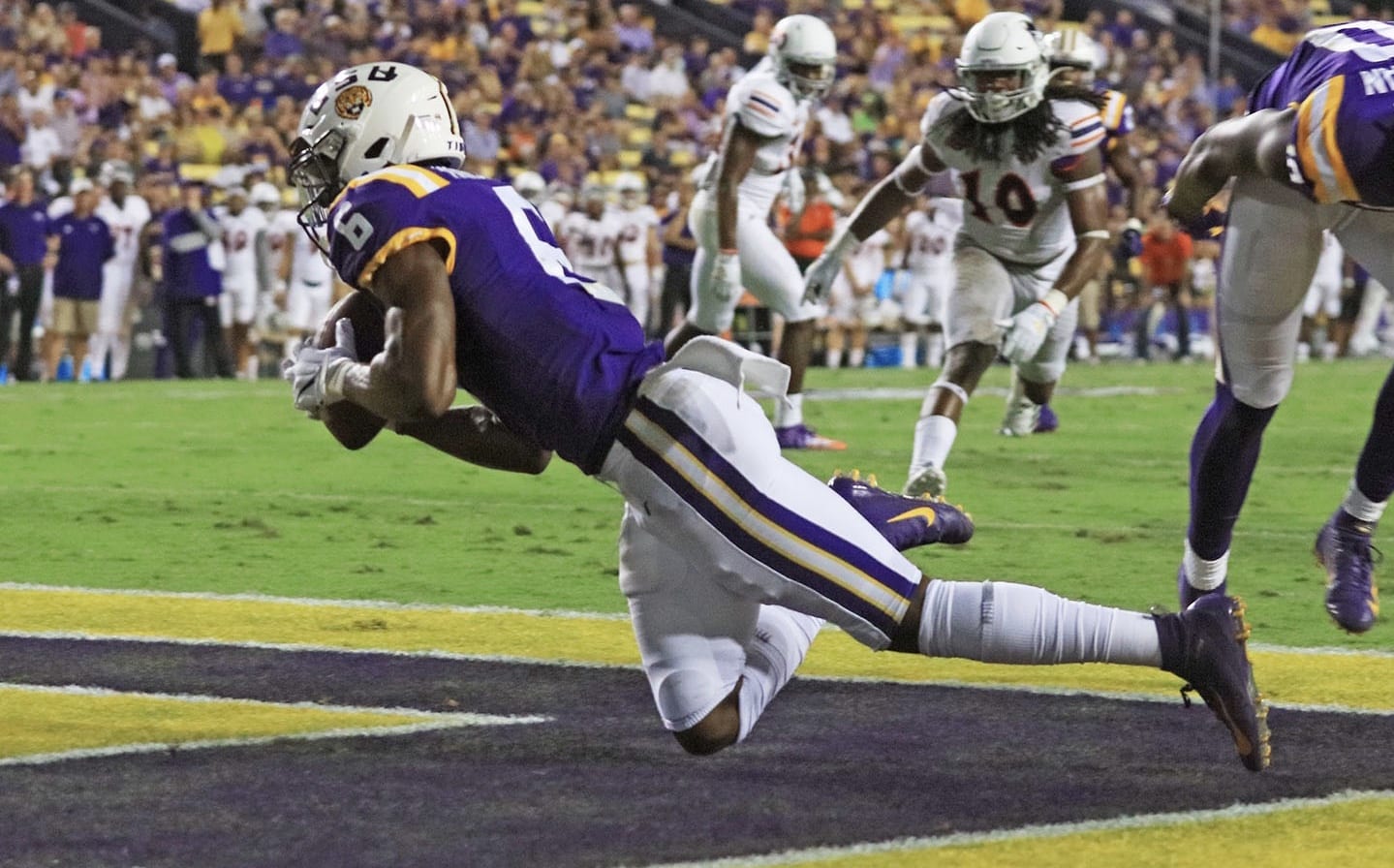 Editor’s note: A version of this story is on Page 5 of the Sept. 23 print edition. After deadline Monday, Mississippi State head coach Mike Leach announced that CJ Morgan will miss the game recovering from a knee injury. The story below reflects that.

That meant a matchup between former Parkway stars Marshall and Mississippi State safety CJ Morgan would be put on hold.

Now it won’t happen at all.

Morgan is a redshirt senior in his last year of eligibility. He has already earned a political science degree. This could also be Marshall’s final year if he decides to declare for the NFL Draft.

With Biletnikoff winner Ja’Marr Chase opting out of the season and Justin Jefferson now with the Minnesota Vikings, Marshall is the Tigers’ No. 1 receiver.

During a virtual media session earlier this month, Marshall said he feels no added pressure being the go-to receiver with Chase leaving to prepare for the 2021 NFL Draft.

“For me personally it wasn’t a mental shift,” he said. “I’ve always been locked in even before he left. That’s just the coaching around here. We’re always locked in and ready to go. I’m ready to take on whatever responsibility I’ve got to take on. I’m prepared.”

Despite missing three games last season after being hurt in Week 4 against Vanderbilt, Marshall caught 46 passes for 671 yards and 13 touchdowns, helping LSU go 15-0 and win the national championship.

He had one TD catch in the Tigers’ 46-41 road victory over Alabama and two in the 63-28 victory over Oklahoma in the semifinals of the College Football Playoff.

In the national championship game against Clemson, Marshall caught a touchdown pass to give LSU a 42-25 lead. That was the final score.

But Heisman Trophy-winning quarterback and No. 1 draft pick Joe Burrow is now playing for the Cincinnati Bengals.

Marshall, though, has a lot of confidence in Burrow’s replacement, Myles Brennan.

“Myles has been great,” he said.  “Our chemistry between me and him and the receivers, we’ve been clicking in practice. I’m really looking forward to see how well  we’re going to click in the game.”

Despite the loss of so much talent, Marshall also believes the offense can be just as productive as last season’s record-setting group.

“This year’s offense is just as fun as last year’s offense,” Marshall said. “Scott Linehan, he’s a very experienced guy. He’s been getting us right. I’m looking forward to showing the world what else we can do.

“With this offense, you know what we’re going to do but at the end of the day are you going to stop it? We may have some tweaks and things. But we’re just going keep being LSU, keep doing what we do. Nobody is going to be able to stop us.”

Morgan, of course, was hoping he’d get a chance to try. His 2019 season was cut short when he suffered a season-ending injury against Alabama in Week 10. The LSU game will be the fourth straight he’s missed.

Marshall and Morgan were teammates at Parkway in 2015 when Morgan was a senior and Marshall a sophomore. Morgan was a standout on offense and defense throughout his high school career.

The Panthers went 9-1 in the regular season and reached the Class 5A semifinals before falling to eventual champion Zachary 41-27.

He and Marshall were both selected to Parkway’s All-Decade team.

Morgan started nine games last season for a Bulldogs squad that finished 6-7. He tied for the team lead in pass breakups with eight and was fifth in tackles with 59.

Against LSU, a 37-7 loss, he had four breakups and five tackles.

SBNation listed Morgan as one of five defensive backs in the SEC expected to have a big impact this season.

The website describes him as “a hard-hitting safety that plays like a linebacker, Morgan is a physical freak with speed in the open field.”

It also says he is “able to read the quarterback’s eyes” and “match up with any wideout.”

We won’t know if he would’ve been able to matchup with Marshall, though.

Marshall is just ready to get the season started.