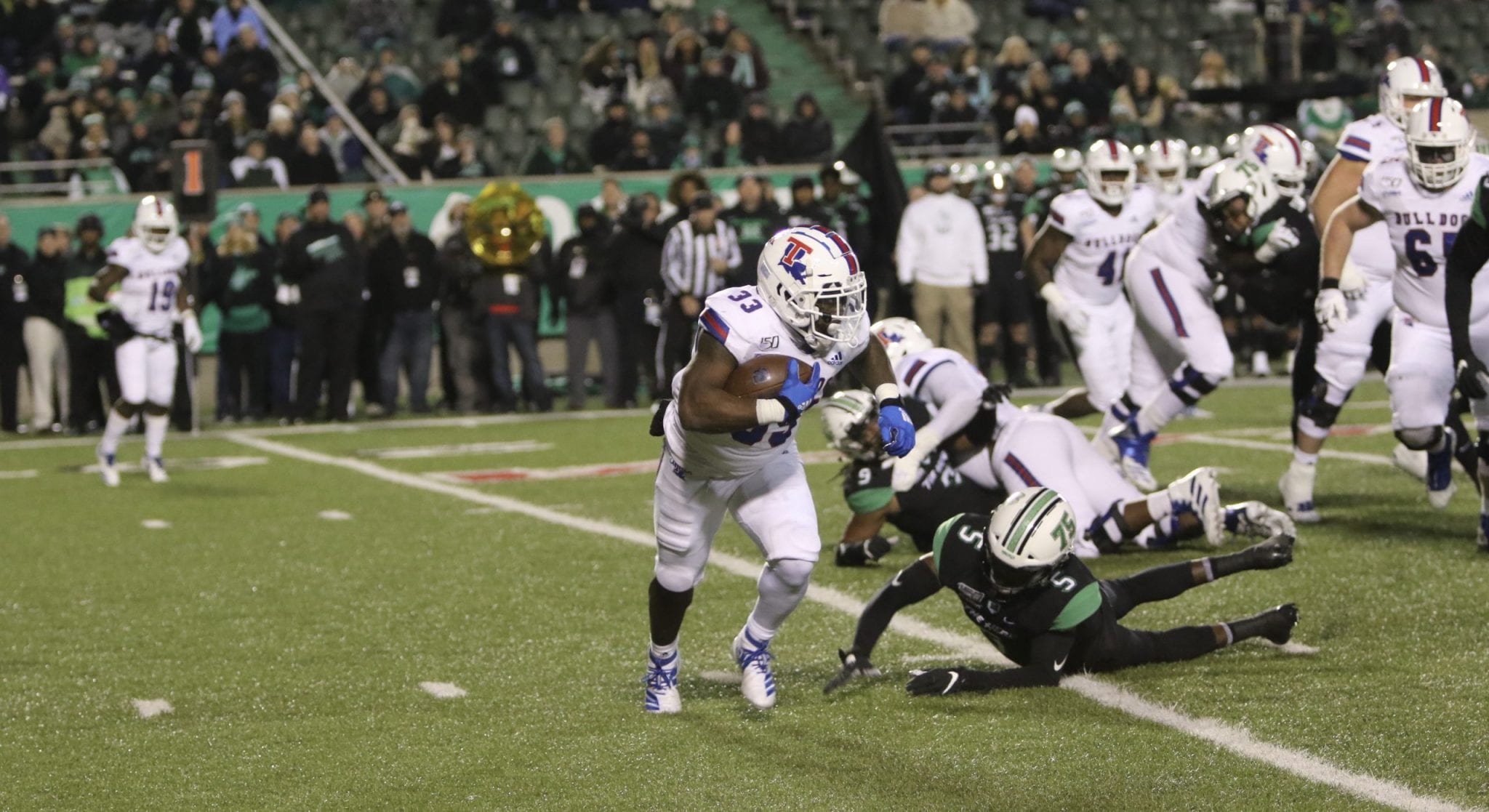 HUNTINGTON, W. Va. — The Louisiana Tech Bulldogs couldn’t overcome a series of miscues, losing 31-10 on the road to the Marshall Thundering Herd.

Tech played without quarterback J’Mar Chase, receiver Adrian Hardy and linebacker James Jackson, who were suspended due to an athletic department policy violation.

Marshall’s Isaiah Green passed for 213 yards with two total touchdowns — one passing and one rushing. Brenden Knox totaled 113 yards and two touchdowns on the ground.

Justin Henderson rushed for 87 yards and a touchdown, his 15th of the season. Aaron Allen completed 19-of-32 passes for 159 yards in his first career start. L’Jarius Sneed led the defense with 13 tackles and a pass break-up.

The Bulldogs struck first on their second drive, capitalizing on a short field. Allen completed a pair of chunk passes (19 yards to Malik Stanley and 16 yards to Smoke Harris) for his first two completions, and Henderson finished the drive with a 5-yard touchdown run. The C-USA rushing touchdown leader bounced outside before finding pay dirt.

Marshall took its first lead of the contest with 4:25 left in the second quarter. The hosts started the drive at their own 48 after a 28-yard punt return. Then, the Thundering Herd needed just two plays (a 34-yard flea flicker and and 18-yard fade to the corner of the end zone) to strike.

Late in the second quarter, Marshall capitalized on a special-teams blunder, after Tech punter Brady Farlow mishandled the snap, giving the Herd the ball at the one-yard line with just over a minute remaining in the half. Two plays later, Marshall running back,

On the opening drive of the second half, the Bulldog defense extended its consecutive-games takeaways streak to 14 straight games after senior defensive back Michael Sam won a jump ball, picking off Marshall quarterback Isaiah Green.

Tech capitalized on the turnover, marching down the field and adding three on a 38-yard Bailey Hale field goal, cutting the Marshall lead down to a score at 17-10.

The Herd responded with an 8-play, 75-yard drive that culminated in a 17-yard touchdown run from Green. Marshall tacked on another seven points after a snap sailed over Allen’s head and the Herd recovered it at the Tech 40-yard line. Knox gave the home team a 31-10 advantage with a 4-yard run.

Conner Taylor and Milton Williams each finished with ten tackles for the Bulldogs. Amik Robertson broke up two more passes, bringing his career total to 48, which ranks among the best in the country.

Tech returns to action next week when they take on UAB in Birmingham, Ala. Kickoff is scheduled for 2:30 p.m. and the game will be streamed on ESPN+.