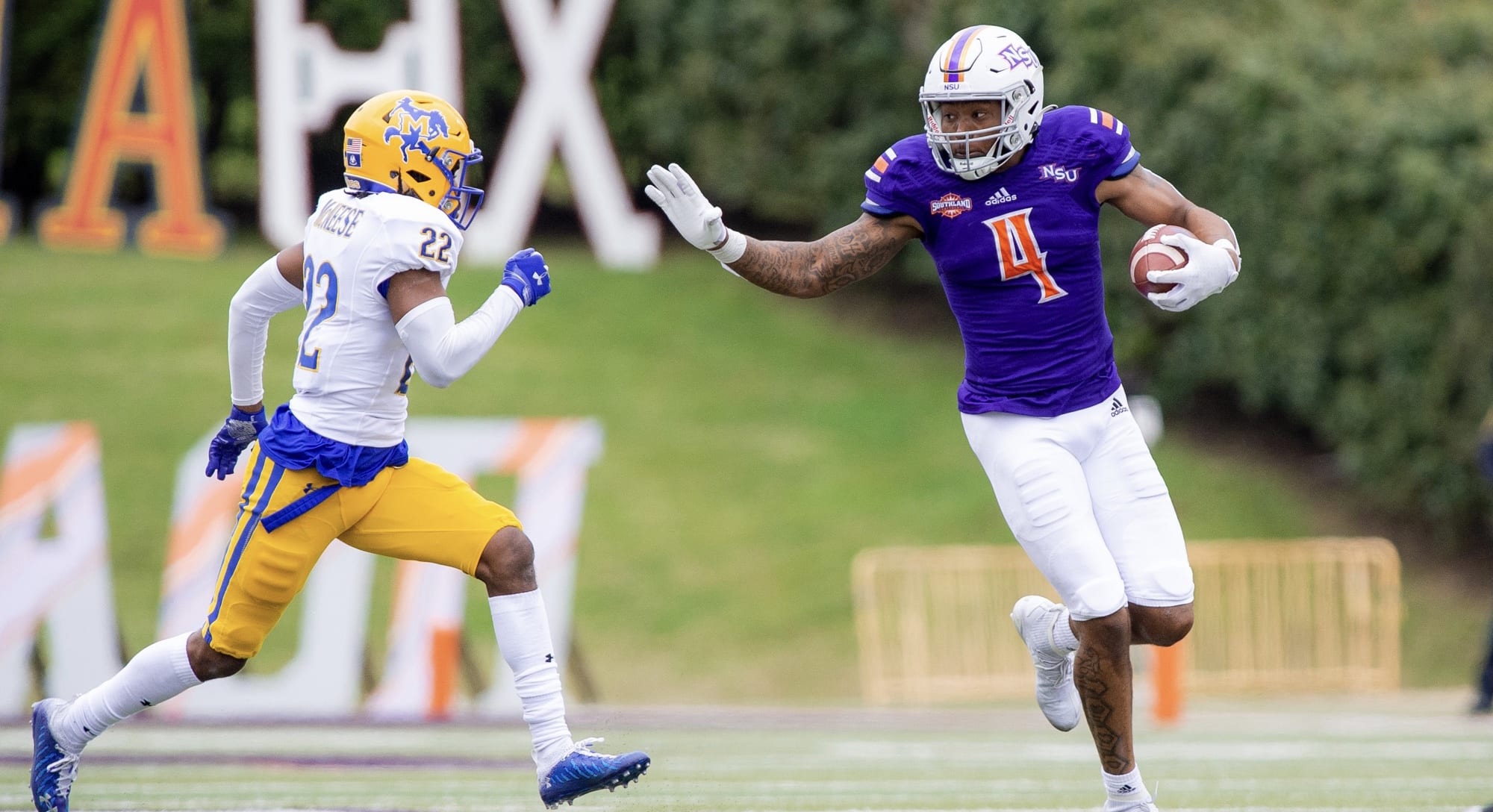 NATCHITOCHES — Northwestern State flashed its aerial attack as the Demons offense moved up and down the field in the first half, but missed scoring opportunities and a strong McNeese second half factored into a 21-7 loss Saturday.

After being a predominantly running team the first two games, NSU (0-3, 0-3 Southland Conference) took to the air in the first half with a season-high 237 passing yards.

Quarterback Kaleb Fletcher completed his first 11 passes, two short of an NSU record to start a game, and finished with 171 yards on 13-of-18 passing against McNeese (2-3, 1-3 SLC).

His one touchdown, a 13-yarder to Kendrick Price, capped a 91-yard drive as NSU got on the scoreboard first with 4:42 left in the first quarter.

“I think early on, it’s what happened,” said NSU coach Brad Laird. “But we had missed opportunities, starting with the first drive with the missed field goal.

“When you continue to get those opportunities, you have to take advantage of them. I thought what we did early especially with the quarterbacks and receivers to get going, it showed their improvement from the first two games.

“You saw Kaleb and the receivers with confidence, and we’ve seen flashes of that, but we saw it back to back to back in the first half.”

Fletcher connected on five passes of double-digit yards on that drive, including a 26-yard strike to Levar Gumms and a 20-yard completion to Javon Antonio.

“The passing game opened up because of the success we’ve had running the ball,” Antonio said. “The coaches said the passing game would open up, and it did.

“We’ll look at the film and see what we need to execute. We’ll keep fighting as a team, and we’ll get the (W).”

The early touchdown were the only points NSU mustered.

The Demons crossed inside the McNeese 40-yard line on nine different drives, yielding the one touchdown.

Kicker Eddie Godina missed a 26-yard field goal on the opening drive before McNeese blocked another attempt in the second quarter.

The Cowboys answered NSU’s first-quarter touchdown with a Cody Orgeron 2-yard touchdown pass to Jamal Pettigrew to tie the game at 7.

Orgeron, son of former NSU great Ed Orgeron, who was honored as the Exchange Bank Demon Great of the Game, threw for 306 yards on 17-of-22 aim and two touchdowns.

NSU outgained McNeese 257-160 on offense in the first half, but the Cowboys commanded the second half, including scoring touchdowns on its first two possessions.

After the NSU special teams backed McNeese up inside the 5-yard line to start the third quarter, Orgeron connected with Trevor Begue on a 75-yard touchdown to grab a seven-point advantage.

NSU steered into McNeese territory on the following drive, but a failed fourth-down set up a 66-yard McNeese scoring drive.

A 33-yard Josh Matthews reception keyed a 1-yard Walker Wood touchdown run as the Cowboys opened up a 21-7 lead midway through the third quarter.

The NSU defense improved on its third-down performance, holding the Cowboys to 4-of-12, which helped keep McNeese at 21 points. The 21 points is the fewest allowed since Lamar scored 13 in late 2019.

“We did emphasize getting a stop on third down, and that was a focus for us,” said Longino, who had one of four sacks. “We still missed a few opportunities to get off the field and had a couple of turnovers called back.

“Those could have changed the game. We did put pressure on the quarterback, and we wanted to make him go where he didn’t want to.”

He led three of the nine drives into McNeese territory, finishing with a career-high 122 passing yards on 8-of-14 passing and one interception.

Bryce Rivers played for parts of the fourth quarter, throwing for 68 yards on 6-of-12 passing and one interception.

McNeese keyed on NSU’s running game, holding a Demons attack that had topped 200 yards in each of the first two games to 33 yards.

NSU returns to action at Lamar on Saturday at 3 p.m.