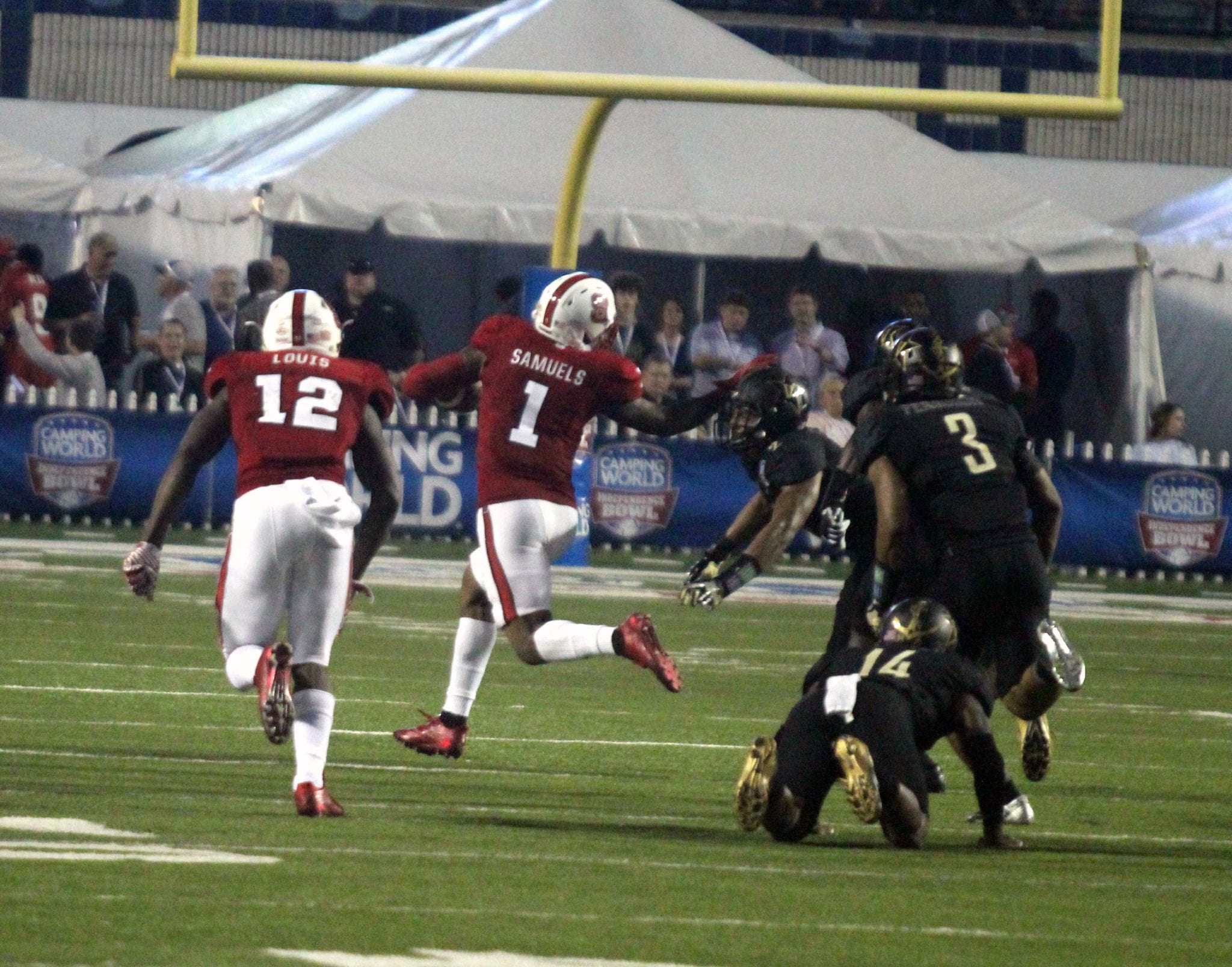 Ryan Finley connected with Jaylen Samuels for three touchdowns as the North Carolina State Wolfpack routed the Vanderbilt Commodores 41-17 in the 2016 Camping World Independence Bowl on Monday at Independence Stadium.

The 41st version of the local bowl was played before 28,995 on a warm, breezy afternoon. North Carolina State closed the season 7-6. Vanderbilt finished 6-7.

Finley’s TD passes to Samuels covered nine, 55 and 17 yards. Two of those came in the second quarter as the Wolfpack rallied from a 3-0 deficit to take a 14-3 halftime lead.

Vanderbilt then mounted a brief rally. A 30-yard touchdown run by Ralph Webb followed by a 1-yard TD plunge by Khari Blasingame cut the Wolfpack’s lead to 28-17 with 10:27 left in the game.

But Nyheim Hines ended the Commodores’ hopes with a 100-yard kickoff return for a touchdown. Niles Clark returned an interception 32 yards for the game’s final touchdown.

Samuels, who caught six passes for 104 yards, was named the game’s Offensive MVP.

Finley completed 19 of 30 passes for 235 yards. In addition to his kickoff return, Hines had six catches for 69 yards.

Wolfpack linebacker Airius Moore was named the Defensive MVP. He led the team with eight solo tackles and one assist, including two sacks. He also had two pass breakups.

Josh Jones and Trae Meadows had N.C. State’s other interceptions.

Webb provided most of the Commordore’s offensive highlights, rushing for 111 yards on 21 carries.

Vanderbilt’s Tommy Openshaw kicked a bowl record 52-yard field goal in the first quarter. But he missed a 27-yarder wide left in the second quarter with N.C. State leading 7-3. Trent Sherfield’s 45-yard run — his only carry of the game — put the Commodores in scoring position.