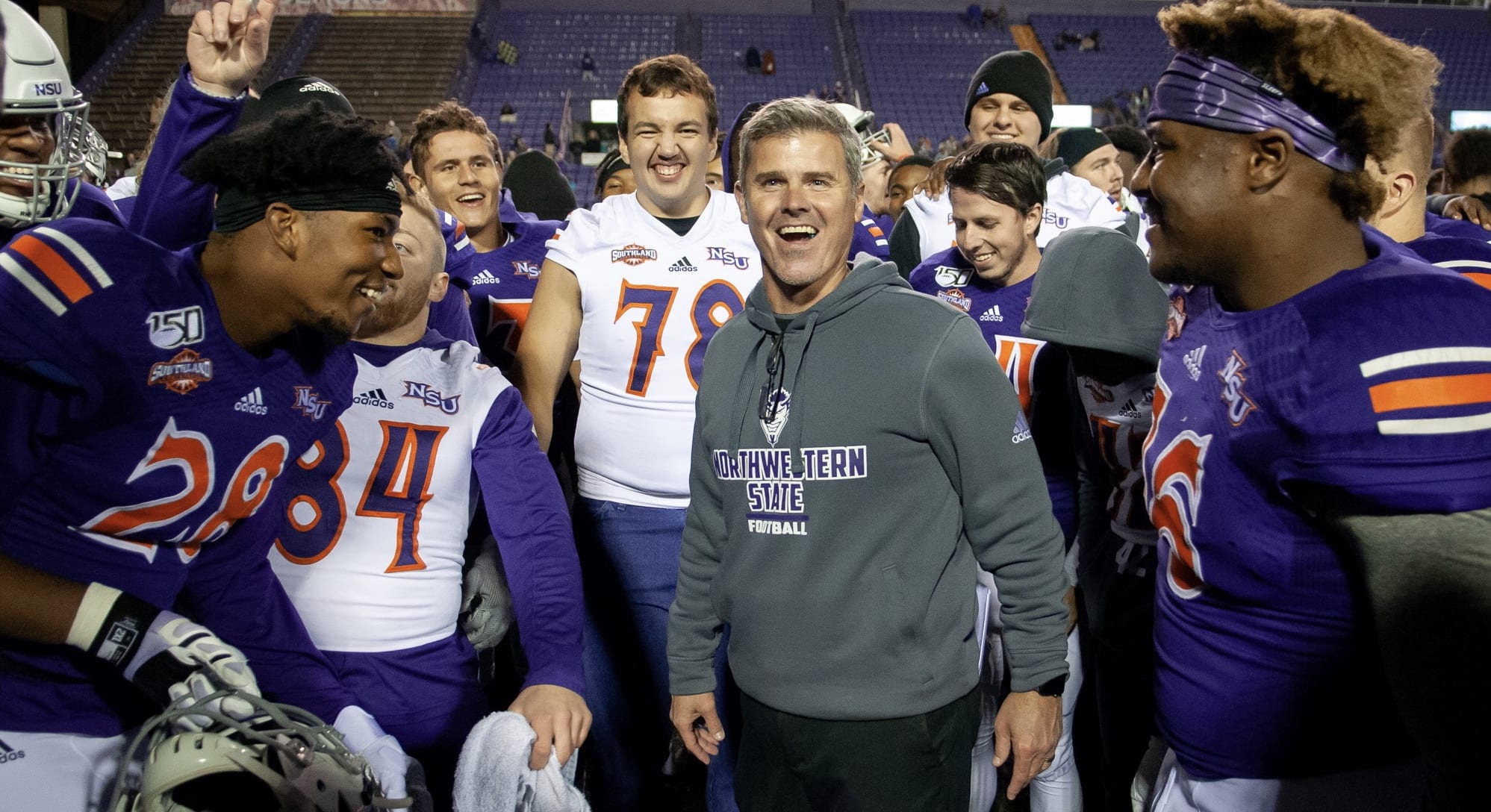 NATCHITOCHES – After months of uncertainty, the Northwestern State football team found some clarity in the form of a unique schedule.

The Demons will play six games against Southland Conference foes in the spring of 2021 as announced by the league Tuesday. Northwestern State will play three games at home and three on the road in the first spring schedule in program history.

“It’s different, as we all know, to be talking about our schedule at this time of the year,” said head coach Brad Laird, whose third season at the helm of his alma mater will kick off in February. “(Southland Conference) Commissioner Tom Burnett and our Athletic Director Greg Burke did a great job putting together a schedule. You have seven teams who are eager to compete for the Southland Conference championship.”

NSU’s one-of-a-kind schedule kicks off Feb. 20 at Lamar and runs through an April 10 matchup at Incarnate Word. In between, the Demons play three of four games at home, beginning with a March 6 matchup against Nicholls.

“Right off the bat, we have an away game at Lamar against a team with a new head football coach,” Laird said. “Then you end it with another away game, at Incarnate Word, which was a playoff team a couple of years ago. Sandwiched in the middle are three home games at Turpin Stadium, and we talk about how there’s nothing like Turpin Stadium on a Saturday night.”

In addition to the unconventional timing of the season, the six-game Southland slate will be played in a nine-week window.

Two of the Demons’ three open weeks come ahead of home games and the third is set for the week before the NCAA FCS playoffs begin.

“One open date comes before Nicholls, one comes before Sam Houston and the other comes before the start of the playoffs,” Laird said. “They fall at pretty good times. It’s a crapshoot once you put the schedule compared to the fall, but there are opportunities during those open weeks to get refreshed and get guys back healthy because we play some great football teams coming off those open weeks.”

The uniqueness of playing in the spring does not stop there as the Southland’s football calendar has been inverted.

NSU will have 15 fall practices, spread out across a 34-day period, similar to what it has in a typical spring workout period.

“As we look at those six games, our goal is to be 1-0 every week,” Laird said. “This fall, as legislation has passed that will allow us to have 15 fall-ball practices, gives us a chance to be able to go out and put the pads on and continue to get better.”

For NSU fans who purchased season tickets for the 2020 season, those tickets remain valid. Those season-ticket holders also will be rewarded with VIP parking for the three spring home games.

New ticket packages for the three-game spring season are on sale now, and it is expected that COVID-19 guidelines with regards to seating capacity and social distancing will still be in place in the spring.