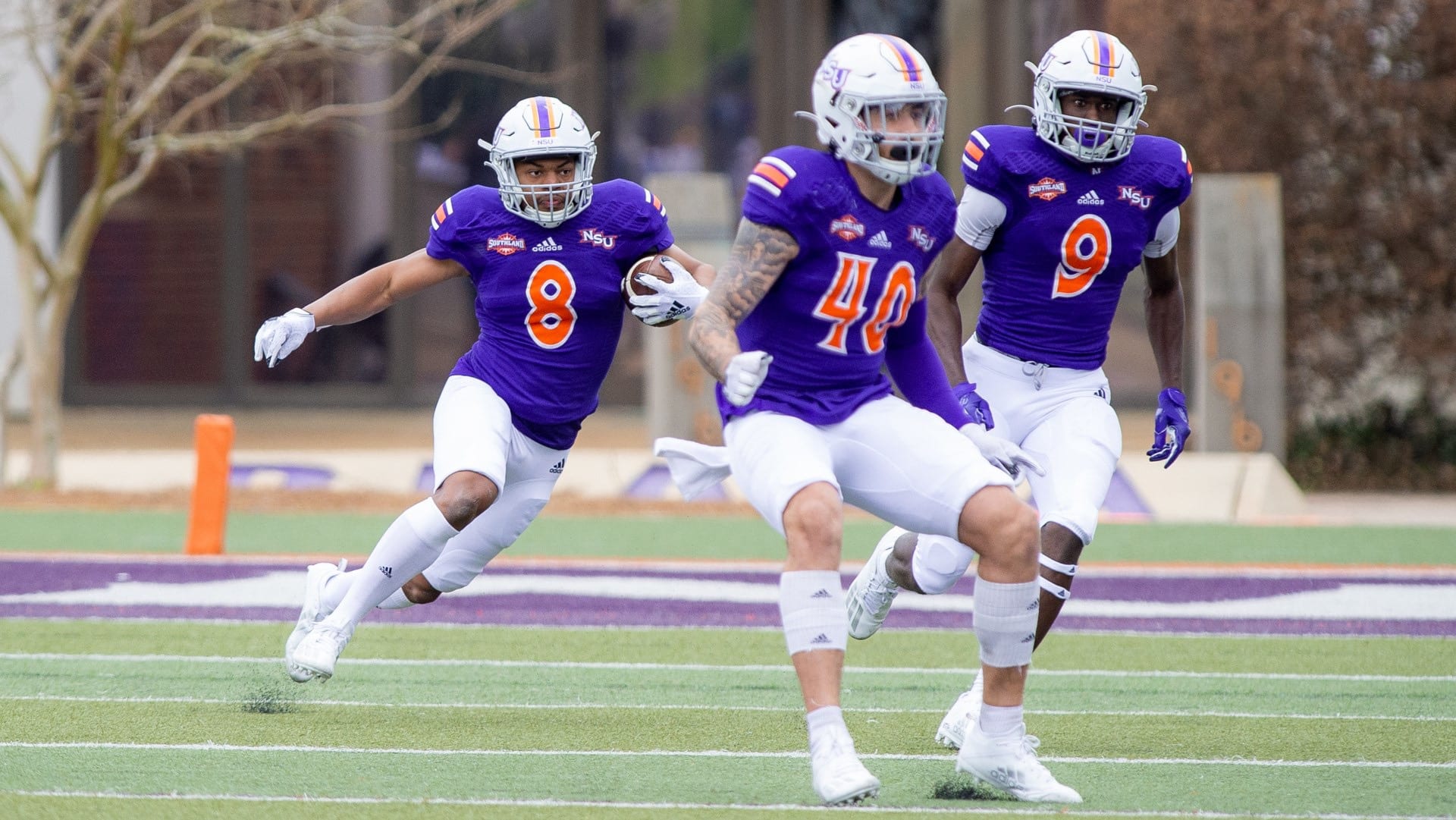 BEAUMONT, Texas — The Northwestern State football staff scoured film of San Diego State, Coastal Carolina and Air Force among others as the Demons prepared for what was supposed to be their season opener at Lamar on Feb. 20.

The Demons (0-3, 0-3 Southland Conference) were making educated guesses about how they thought first-year coach Blane Morgan would mold his new Lamar team, but an ice storm froze those plans the week of that opener, postponing the game to this Saturday.

Now Laird and Co. have a more concrete picture of what the Cardinals (1-3, 1-3 SLC) will look like when the teams kick off at 3 p.m., but Lamar has also had four games to iron out early-season issues.

The game will be broadcast on ESPN+, heard on the radio at 94.9 FM The River or can be audio streamed at nsudemons.com.

“It’s interesting when you look at notes from the preseason because we looked at a lot of different things prior to that game and did research on where those coaches came from and what their philosophies were,” Laird said. “As far as preparation, scheme and personnel going into this week, we have that part of it now where we were sort of guessing in Week 1.”

Lamar might still be playing a guessing game when preparing for NSU’s offense.

The Demons pounded the ground game in the first two weeks to the tune of more than 200 rushing yards in each game.

NSU went to the air against McNeese as the Demons passed for 361 yards, which is more than the first two games combined (240 yards).

While the Demons flashed all three quarterbacks against McNeese, junior Kaleb Fletcher stole the early show by completing his first 11 passes, two short of an NSU record to start the game.

“We were on point early, and we believed in the game plan,” Fletcher said. “I was locked in at the beginning and everybody else was, too.

“We had a groove going. We’ve come a long way with our new receivers learning the offense, but we still have strides to make. The receivers have come in with a working man’s mentality, and we’re putting in extra work on the field and in the film room.”

What the Demons will need to improve upon is finishing drives.

NSU drove inside the McNeese 40-yard line nine times in the 21-7 loss with just one touchdown to show for it.

Laird said the re-emergence of the running game will be key in turning more of those opportunities into points. Lamar is allowing 294 rushing yards per game.

“Our quarterbacks are continuing to gain confidence, and our receivers like Javon Antonio (103 receiving yards vs. McNeese) are continuing to get more comfortable with each other, especially after a great week of practice heading into that McNeese game,” Laird said. “We’ve got to run the football better, and the offensive line and the running backs deserve a lot of credit for what they did in the first two weeks, but we weren’t able to do it (vs. McNeese).

“The running and passing games have to complement each other, and that will lead to finishing more drives.”

Kick returner Donovan Duvernay has jumpstarted lots of Demon drives this season as arguably the most electric kick returner in the nation.

Duvernay is averaging 32.7 yards on 11 attempts, which ranks second in the nation. The leading returner in average has just three kick returns.

“We’ve got a great scheme from (special teams coach Jake Olsen), the kick return team does a great job blocking, and I just ride the wave to find the open seam and take it as far as I can,” said Duvernay, a Texas transfer whose brother Devin Duvernay is an accomplished returner with the Baltimore Ravens. “I didn’t get a great opportunity at Texas, but I’m glad to be back doing it and showing people what I’m capable of.

“I talk to Devin a lot, but we were both kick returners in high school and are familiar with that. Punt returns are new for me, and I’ve asked him a lot of questions and gotten tips on that, like when to call for a fair catch.”

Laird lauded Duvernay’s punt return ability from the standpoint of catching punts and not letting yardage roll away by not fielding the ball.

“Duvernay has a knack for being a returner,” Laird said. “He’s saved us multiple first downs by catching punts, and he’s also shown a knack for hitting the seam on a kickoff return.

“Most big returns, you have to make a guy miss it, and he’s done that.”

NSU’s defense is coming off its best game as the 21 points allowed is the second-fewest in the Laird era, dating back to a 34-7 win against Grambling in the second of game of 2018.

The Demons slowed a potent McNeese rushing attack to 110 yards, but quarterback Cody Orgeron topped the 300-yard passing mark 17-of-22.

NSU did improve defensively on third down, holding the Cowboys to 4-of-12, which halted many McNeese drives.

“The defense played well, especially if you take away four to five big plays McNeese made,” said Laird, one being a 75-yard touchdown pass. “When you look at the entire 60 minutes, we got off the field on third down and held them to 2.7 yards per rush.”

The Demons return home on a short week to host Sam Houston State on Thursday at 6 p.m.