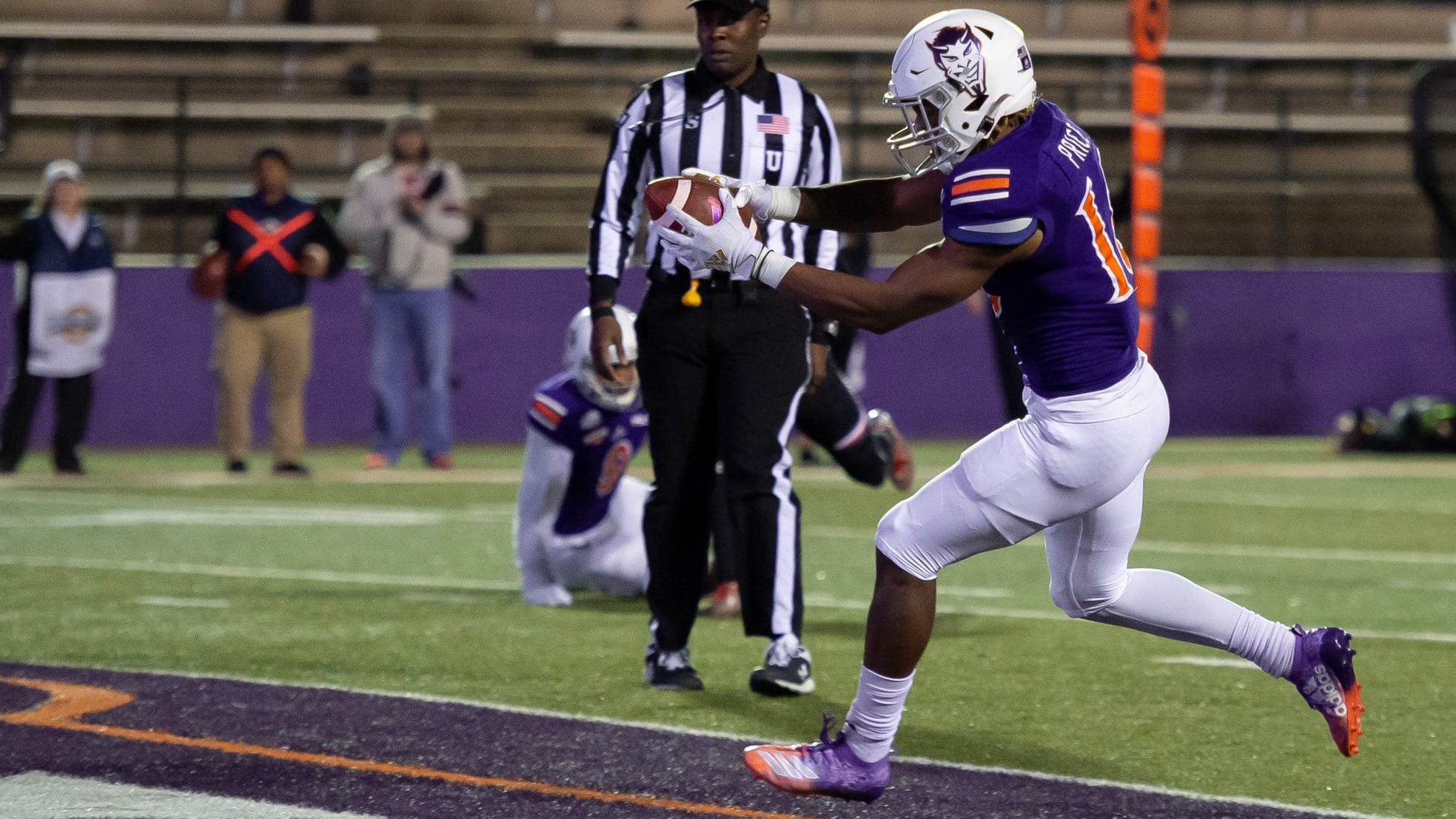 HUNTSVILLE, Texas – Northwestern State has rallied numerous times this season, and the Demons did it again Saturday.

NSU erased an early 14-point Sam Houston State lead and wrestled away another Bearkat lead in the third quarter as the Demons held on for a 31-28 win.

“Then (Shemar Bartholomew) gets the interception return for the touchdown. The way responded all day, including our one score in the second half – nothing fazes this team. Couldn’t be more proud of a group of men than I am of these guys.”

Bartholomew’s interception of SHSU quarterback Ty Brock with 19 seconds remaining in the first half capped a 17-point run that handed the Demons (3-8, 3-5 Southland Conference) a 24-21 halftime lead.

NSU picked off SHSU quarterbacks four times (William Hooper, JaBralen Yarber, Kyle Moore had the others) as the Demons continue to force turnovers.

SHSU (6-5, 5-3 SLC) entered the contest in a four-way tie for the league lead – NSU’s second win against a conference leader (UIW).

“My defensive line pressured the quarterback, and he threw a bad ball,” Bartholomew said. “I took it all the way home for my boys – I saw a lot of green when I caught it.

“We made corrections and adjustments from early in the game, and we went out there and played for each other.”

Senior quarterback Shelton Eppler threw for 306 yards on 26-of-42 passing with two passing touchdowns and one rushing touchdown. Eppler becomes the first NSU quarterback to throw for 3,000 yards in a season, having 3,254 before NSU finishes its season at home against Stephen F. Austin on Thursday.

NSU’s first-half comeback started with a 1-yard Quan Shorts touchdown catch, his 10th of the season, which moves him into a three-way tie for second place in Demon history. The drive went 14 plays for 78 yards that helped stem the tide from a quick SHSU start.

Bartholomew’s interception return for a touchdown, NSU’s first defensive touchdown of the season, put NSU up for the first time Saturday.

The Bearkats’ running back Donovan Williams found the end zone for the third time of the game early in the third quarter, but the Demons responded on the next possession to take the lead for good.

Eppler capped a 75-yard drive with his feet, rushing for his first touchdown of the season on a five-yard scamper.

The Demons defense took over from there, forcing four punts and an interception to end the game.

Defensive tackle JaBralen Yarber intercepted a batted ball, and the Demons grinded out the final minutes.

Junior receiver Kendrick Price had his first 100-yard receiving game with four catches for 114 yards and a touchdown.

He broke away from the Bearkat defense for a 67-yard catch on NSU’s opening drive, the longest offensive play of the season.

“It was a great game, and the energy of the team was great,” Price said. “We had our mind set on getting out here and getting a win, and we came out and executed.

“We always come to work, and we always have a game plan. It paid off today.”

The Demons hadn’t won in Huntsville since 2005, and they snapped a four-game Bearkats winning streak in the series by topping SHSU for just the second time since 2011.