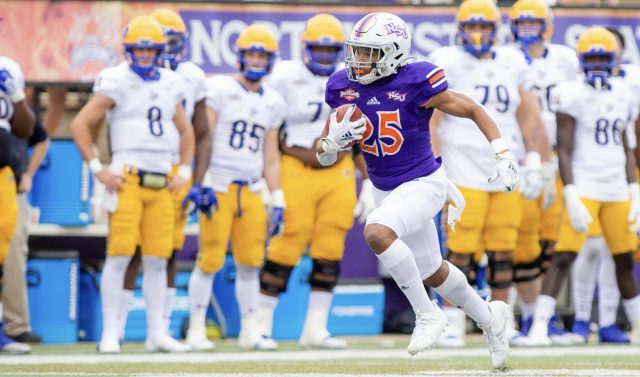 NATCHITOCHES – In six games, Scooter Adams made enough of an impression to earn national preseason honors.

Adams, a junior running back from Hallettsville, Texas, was named Monday to the College Football Performance Awards FCS National Performer of the Year Trophy Watch List.

Adams is one of 44 players who earned preseason acclaim and one of five Southland Conference honorees. Adams is joined on the list by a pair of UIW players (quarterback Cameron Ward and running back Kevin Brown) as well as reigning Walter Payton Award winner Cole Kelley of Southeastern and wide receiver Dai’Jean Dixon of Nicholls.

Adams is the first Demon to be named to the preseason watch list since quarterback Shelton Eppler in 2019.

The CPFA FCS National Performer of the Year Trophy will be presented Jan. 12, 2022. Adams and the Demons kick off their 2021 season Sept. 4 at North Texas.