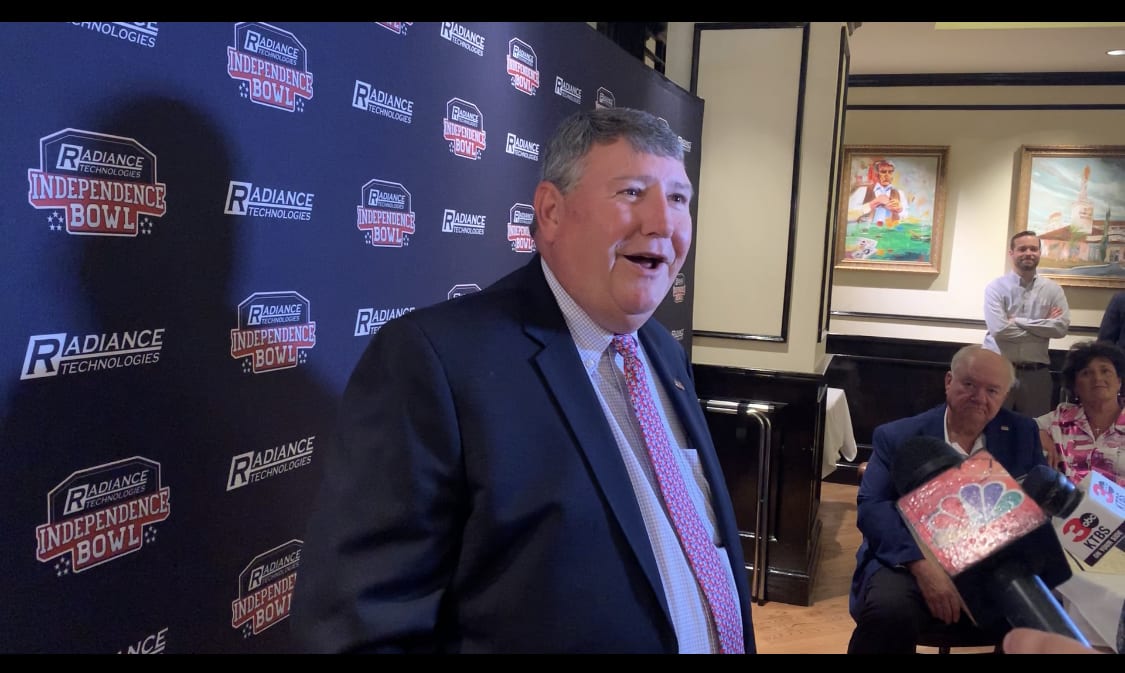 Since his company was named the title sponsor of the Radiance Technologies Independence Bowl over two months ago, there is one question CEO Bill Bailey has been asked more than any.

“I get asked a lot do you have buyer’s remorse with the sponsoring of the Independence Bowl and the answer is absolutely not,” Bailey said at a press conference Tuesday at Superior’s Steakhouse.

Radiance Technologies was announced as the bowl’s title sponsor on April 21 during a Zoom meeting because of the COVID-19 pandemic. According to a press release at that time, the company was established in 1999 and is a 100-percent employee-owned small business prime contractor.

“Radiance has over 900 employee-owners across the United States serving the Department of Defense, national intelligence community, and other government agencies,” the press release stated. “From concepts to capabilities, Radiance leads the way in developing customer-focused solutions in the areas of cyber security, systems engineering, prototyping and integration, as well as operational and strategic intelligence including scientific and technical intelligence.”

While the company, based in Huntsville, Ala., has seen growth over the years, the Independence Bowl title sponsorship is raising its profile even more.

“If you take the two years prior to our announcement of our sponsorship for this and you take the daily average (of hits on the Internet) for today, or yesterday, we were three-and-a-half times of the hits on our website than we were the whole year before that. So from a branding perspective it’s paying off.”

One thing that has surprised Bailey since the announcement is the support he’s received from local and state officials for making a five-year commitment to the bowl.

“Everybody’s really like thank you for your five-year commitment,” he said. “I was kind of shocked by that. But apparently that’s more important than I thought it was.

“I’m glad we did it it, quite honestly, because we want to lay down the market. We’re here for the long haul. We plan on staying and we’re willing to make an investment in those things.”

Bailey said while getting things off the ground during a pandemic has been unusual, he has enjoyed working with bowl officials, including Executive Director Missy Setters.

“I love working with Missy and the Independence Bowl people,” he said. “They’re just phenomenal people and very supportive of what we’re trying to accomplish and do. And quite honestly this is their game. It’s new to us and they’re coaching us through this. The partnership has just been amazing so that’s kind of nice.”

The Radiance Technologies Independence Bowl is entering a new era for this year’s game.

From 2020-25, it will feature a rotation of teams from the Pac-12 Conference, American Athletic Conference and Conference USA along with independent programs Army and Brigham Young.

Army, if it is bowl-eligible, will face off against a Pac-12 opponent in this year’s game.