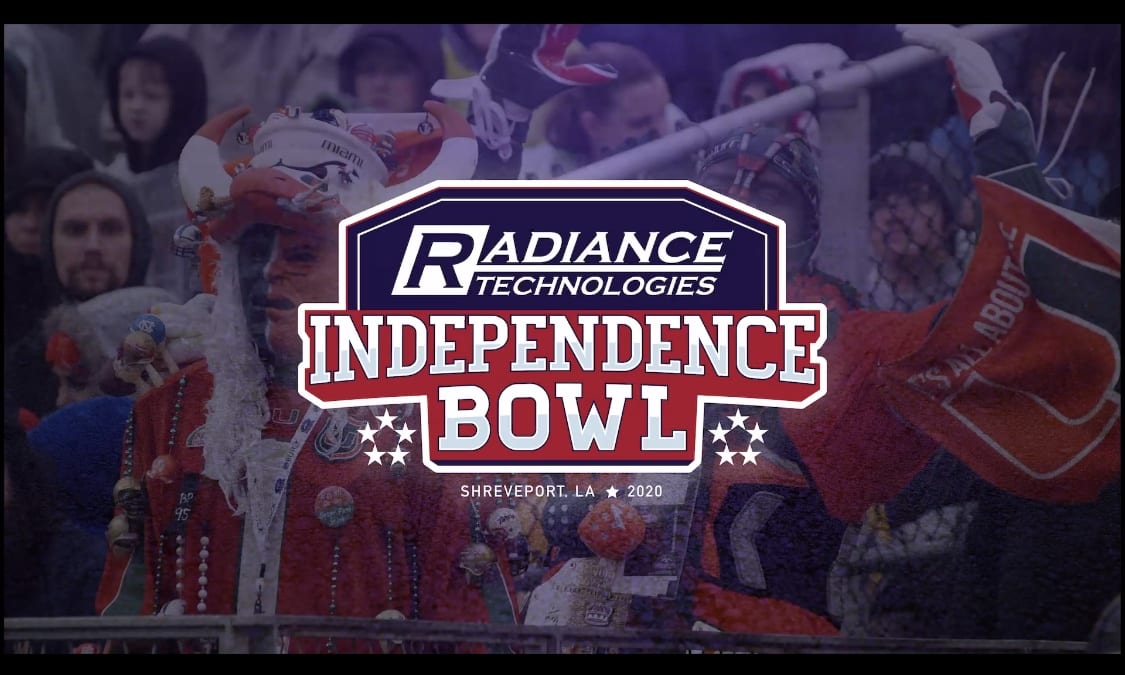 The 45th edition of the Radiance Technologies Independence Bowl is slated for Saturday, Dec. 18, at 2:30 p.m. at Independence Stadium.

The game will be televised nationally on ABC for the first time since 2014.

Ticket buyers eligible for renewals from the 2019 Independence Bowl and customers who rolled over their tickets from 2020 will receive their original seating assignments from 2019. Ticket prices for the 2021 game are the same as in past years, as the three main tiers are:

Endzone Bench and Sideline Bench seats are available at RadianceTechnologiesIndependenceBowl.com/tickets/, while Sideline Chairback seats are available to bowl sponsors and qualifying Independence Bowl Foundation Members. For more information on how to become a Foundation member and qualify to purchase Sideline Chairback seats, visit RadianceTechnologiesIndependenceBowl.com/membership/.

Group tickets are another ticket option available, and groups who purchase 20-or-more Endzone Bench seats will once again receive half-price tickets at the special rate of $15 apiece. The last day to purchase group tickets online will be Friday, December 17. All group ticket packages must be purchased prior to game day.

Another high-end hospitality experience is the North and South Endzone Tent packages. The packages include:

Space is limited for both the North and South Endzone Tent section, and tents can be booked by contacting Radiance Technologies Independence Bowl Director of Marketing and Memberships Logan Lewis at logan@independencebowl.org.

The Family Four-Pack is available online through Wednesday, December 8 or in-person at the Radiance Technologies Independence Bowl office through Friday, December 17. The package includes four tickets at either the sideline bench or endzone level, four shuttle passes, two Johnny’s Pizza House personal pizzas at the game, and a $10 gift card and your choice of a free shake or free appetizer from Twisted Root Burger Co. in Shreveport. The prices for the Family Four-Pack are:

For more information on the 2021 Radiance Technologies Independence Bowl, visit RadianceTechnologiesIndependenceBowl.com or follow the bowl on social media @IndyBowl.