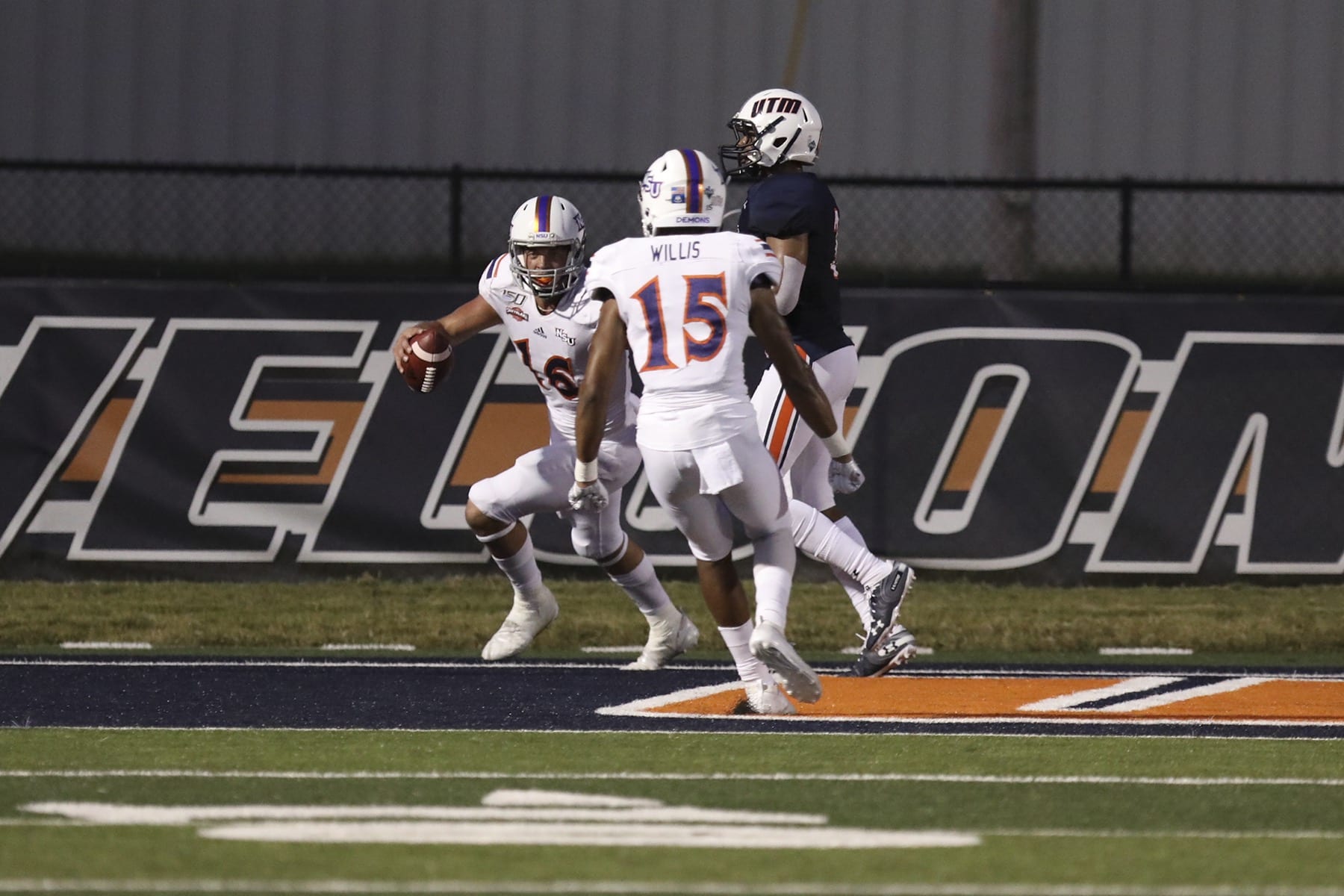 NATCHITOCHES – Week 1 of the 2019 season for the Northwestern State football team brought at least one question that even head coach Brad Laird was not sure he could answer.

It centered on the new-look Demons receiving corps, which had to replace three of its top four receivers in terms of catches, led by record-setting All-American Jazz Ferguson, the 2018 Southland Conference Offensive Player of the Year.

Led by their one returning senior Quan Shorts, the Demons receivers answered affirmatively their ability to continue to produce at a high level despite the roster turnover. Shorts grabbed a career-high 12 passes, the second-highest single-game total in school history, pacing a unit that helped quarterback Shelton Eppler set the school single-game record with 43 completions.

Although Shorts was the Demons’ leading receiver at UT Martin on Thursday, he was unsurprised to see the overall production from a unit that saw 10 players catch a pass, including six who made the first catches of their NSU careers.

“This spring and into fall camp, I’ve seen those guys make plays time after time,” said Shorts, who posted his first career 100-yard receiving game, tallying 111 yards against the Skyhawks. “(Wide receivers) coach (Alvin) Slaughter always says, ‘The standard is the standard.’ That means we are receivers. We catch the ball. We make plays. That’s what we do. That’s our job. When I saw it in live action, I was happy for them, but I wasn’t surprised.”

A graduate transfer from BYU, Davis’ six catches surpassed his career total while with the Cougars by one, and his 63 receiving yards were seven more than his career numbers.

“When I come off the field after a game, I always watch to see who the opposing team’s players seek out,” offensive coordinator Brad Smiley said. “A lot of UT Martin’s guys were looking for Akile. That’s a sign of respect for what he was able to do.”

Smallwood and Fitzwater’s five combined catches from the tight end position were nearly half of that position’s production in 2018 when Kalen Meggs and Christian Bailiff combined for 12 receptions.

“We’d seen them make plays in practice, but seeing it during a game with our offense was great to see” Shorts said. “Last year, we maybe had two or three plays where we used the tight end. Seeing Corey run down the field and catching passes was great to see.”

In some ways, the depth of pass catchers did not surprise Laird.

“Going in, I couldn’t pinpoint who it was going to be,” the Demons’ second-year head coach said. “We knew what Quan could do. He had (56) catches last year, but Akile being new and some young guys having to step up, you didn’t know who it was going to be. As we went through fall camp, some were injured, so we weren’t very consistent there. Those guys worked extremely hard.”

Laird praised Shorts’ leadership for helping shepherd the new-look group along throughout camp and into the opener.

“His leadership from last year to this year has been unbelievable,” Laird said. “That has fed to the rest of that group. He’s taken ownership of that group. We still have to improve, but I like the first step they took Thursday.”

Growing into the leader of the wide receiver group was something portended by Shorts’ production as a junior and in his change in jersey number.

After wearing No. 6 as a junior, Shorts reverted to No. 1 for his senior season, a number he had worn throughout his career but one that was occupied by Ferguson.

“I wore No. 1 all my life, and when I got here, I didn’t know Jazz had it,” Shorts aid. “You saw what Jazz did in that number, the greatness he did. I wanted to follow that. Being the same position, wearing the number, it gives me an opportunity to do it.”