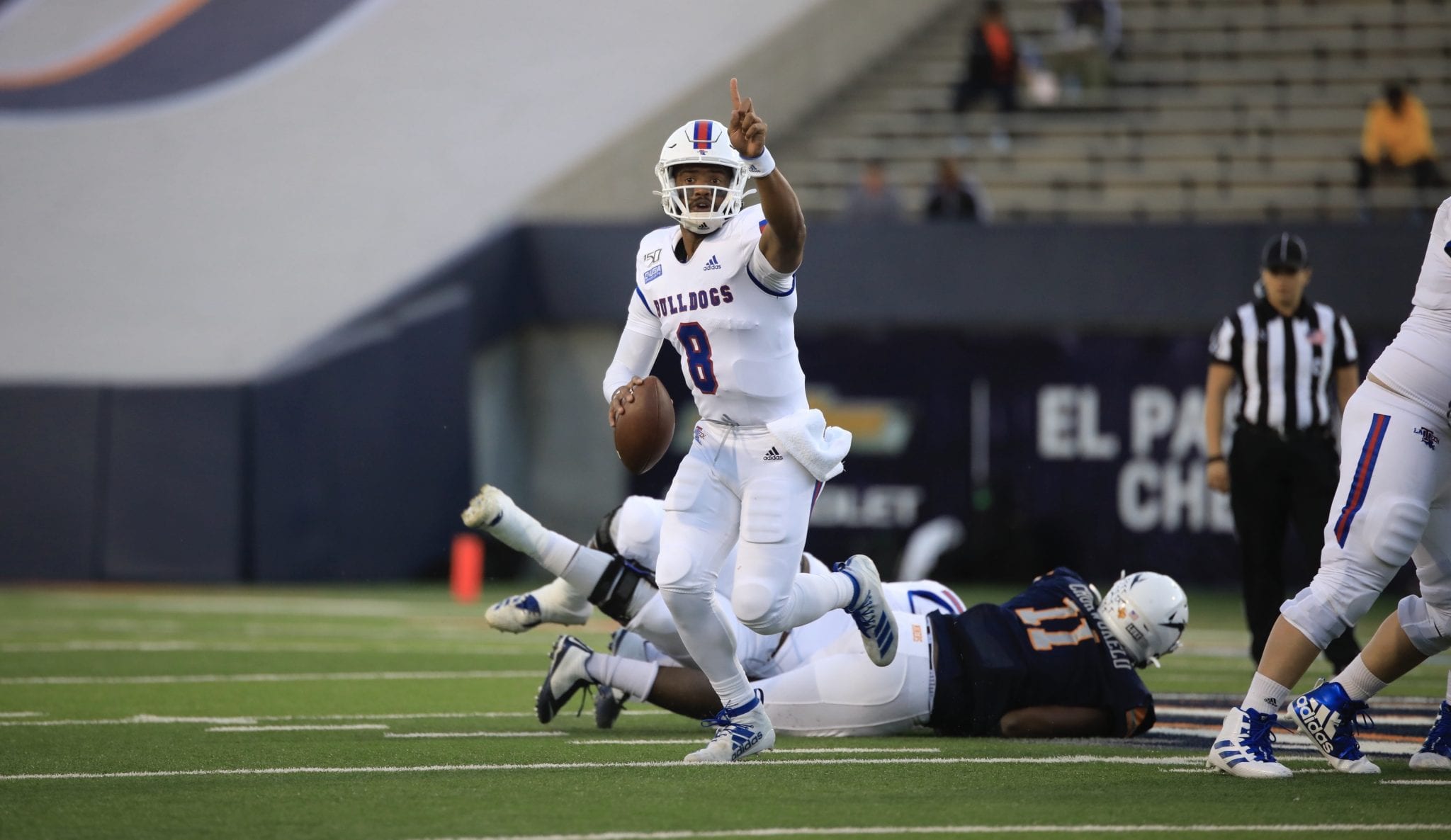 EL PASO, Texas – The Louisiana Tech Bulldogs reeled off 35 unanswered points in the second and third quarters to win their seventh straight game, a 42-21 victory over UTEP on Saturday night in the Sun Bowl.

One week after earning Bronko Nagurski National Defensive Player of the Week honors, Amik Robertson was at it again on that of the ball. The junior forced a fumble on a strip-sack, recovered another loose ball, and finished with four tackles.

“I was really impressed with the way this team was dialed in today. Coming off a really emotional win last week, it would have been really easy to come in and lose our focus and not play with a lot of energy,” said Tech head coach Skip Holtz.

The Bulldogs blew the game open in the second quarter. With the score tied 7-7, Smith led Tech on a 14-play 81-yard drive that culminated with a picture-perfect toss to Malik Stanley in the back corner of the end zone. Stanley high-pointed the ball to put the ‘Dogs up 14-7.

“J’Mar was pretty special tonight. He was relaxed, he was poised, and he took what the defense gave him. He’s having fun out on the field,” said Holtz. “I thought he did an excellent job and the receivers made some plays for him as well.

Tech’s second pair of touchdowns came courtesy of two fumble recoveries. Milton Williams picked up the first off an errant snap, and Robertson grabbed the second after Ezekiel Barnett punched the ball away from Kai Locksley in the red zone. The Bulldogs made UTEP pay with a 23-yard touchdown pass to Griffin Hebert and 3-yard rushing TD from Justin Henderson.

“Coach Diaco and our defensive staff have done a really great job of keeping the ball in front of us and limiting big plays. At the end of the day, the most important defensive stat is points given up and we’ve been really good in the red zone while also getting key turnovers,” Holtz said.

Bobby Holly continued the offensive onslaught after halftime. The redshirt-senior scored on a checkdown pass to put the ‘Dogs up 35-7 with 5:48 left in the third quarter. Henderson added his 12th rushing touchdown of the season – five more than anyone else in Conference-USA – three minutes later.

Tech’s 35 run of unanswered points came after battling to a 7-7 draw in the first quarter. Israel Tucker did the damage for the Bulldogs, following 32 yards of screen passes to Powell with a leap over the goal line for his first touchdown of the season. UTEP responded with an 84-yard drive to even the game before Tech put it away.

UTEP put together its second scoring drive of the game in the fourth quarter. The Miners went 81 yards in 15 plays, culminating with a 1-yard quarterback sneak from Locksley. The senior struck again with a 54-yard touchdown pass to Jacob Cowing that cut Tech’s lead to the final 42-21 margin.

Tech will return to action Nov. 9 when it hosts North Texas after a week off. The Bulldogs and Mean Green square off at 3 p.m. in front of a homecoming crowd at Joe Aillet Stadium.