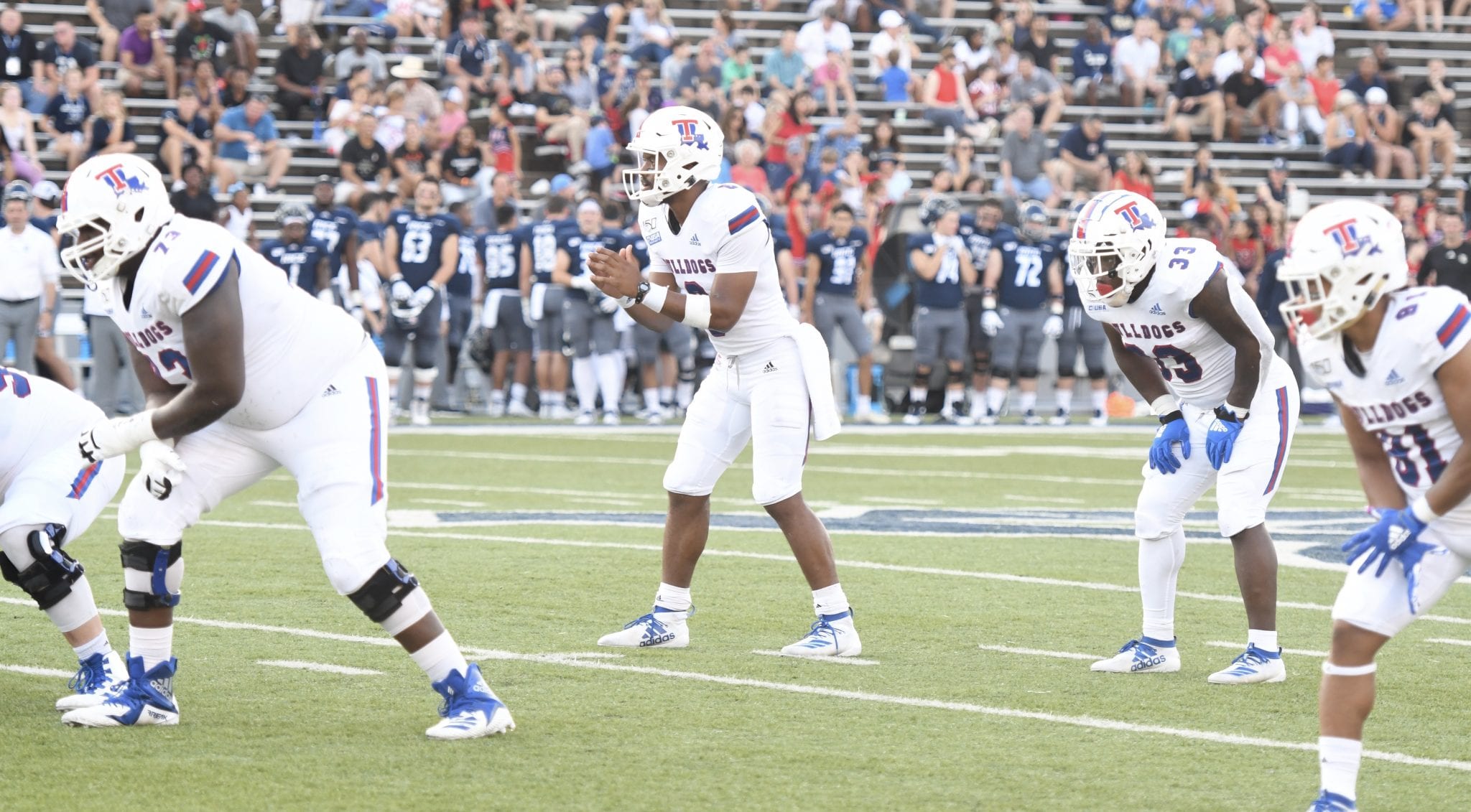 RUSTON — Looking for their fifth straight victory, the Louisiana Tech Bulldogs return from their bye week Saturday night, taking on the UMass Minutemen at 6 at Joe Aillet Stadium.

The Bulldogs (4-1) sit on top of Conference USA’s West Division with a 2-0 mark. Tech most recently pulled out a 23-20 overtime road victory over the Rice Owls on Sept. 28.

UMass (1-5) enters the game on the heels of a 44-0 defeat to C-USA foe FIU. This will be UMass’ third game against a C-USA team this season as the Minutemen were defeated by Charlotte 52-17 in Week 3.

This is only the second meeting between Tech and UMass. The Bulldogs won the first and only other matchup in 2016, 56-28 in Foxboro, Mass.

In Tech’s win over Rice, head coach Skip Holtz improved to 50-34 at the helm of the Bulldogs. He is just the third coach in program history to reach the 50-win milestone and tied Joe Aillet for second quickest to 50 wins (both did it in 84 games).

Tech senior quarterback J’Mar Smith rushed for the game-winning touchdown against Rice while also throwing for one touchdown in the victory.

Smith is now tied with Terry Bradshaw and Gene Johnson for 39 career touchdown passes. One more will move him into a tie for sixth place with Matt Dunigan (40).

Meanwhile, the Bulldog defense has been relentless when opponents get into the red zone this season.

Under first-year defensive coordinator Bob Diaco, Tech has allowed 14 opponent scores in the red zone on 24 attempts. That clip of 58.3 % is good for fifth-best in the nation. Tech is the only G5 team in the top five in the category so far this season.

Junior cornerback Amik Robertson has the seventh-most passes defended among FBS active career leaders with 37. UMass senior CB Isaiah Rodgers is sixth on the list with 38 for his career.

Tech has five different receivers averaging at least 31 yards per game, but not one over 60 yards per contest.

Since missing his first two field goal attempts of the season at No. 10 Texas, Tech placekicker Bailey Hale has been nearly automatic, connecting on eight consecutive attempts.

Hale has not missed an extra point this season (15-for-15). Against FIU, he tied his own program record, going 5-for-5 on FG attempts en route to being named the C-USA Special Teams Player of the Week.