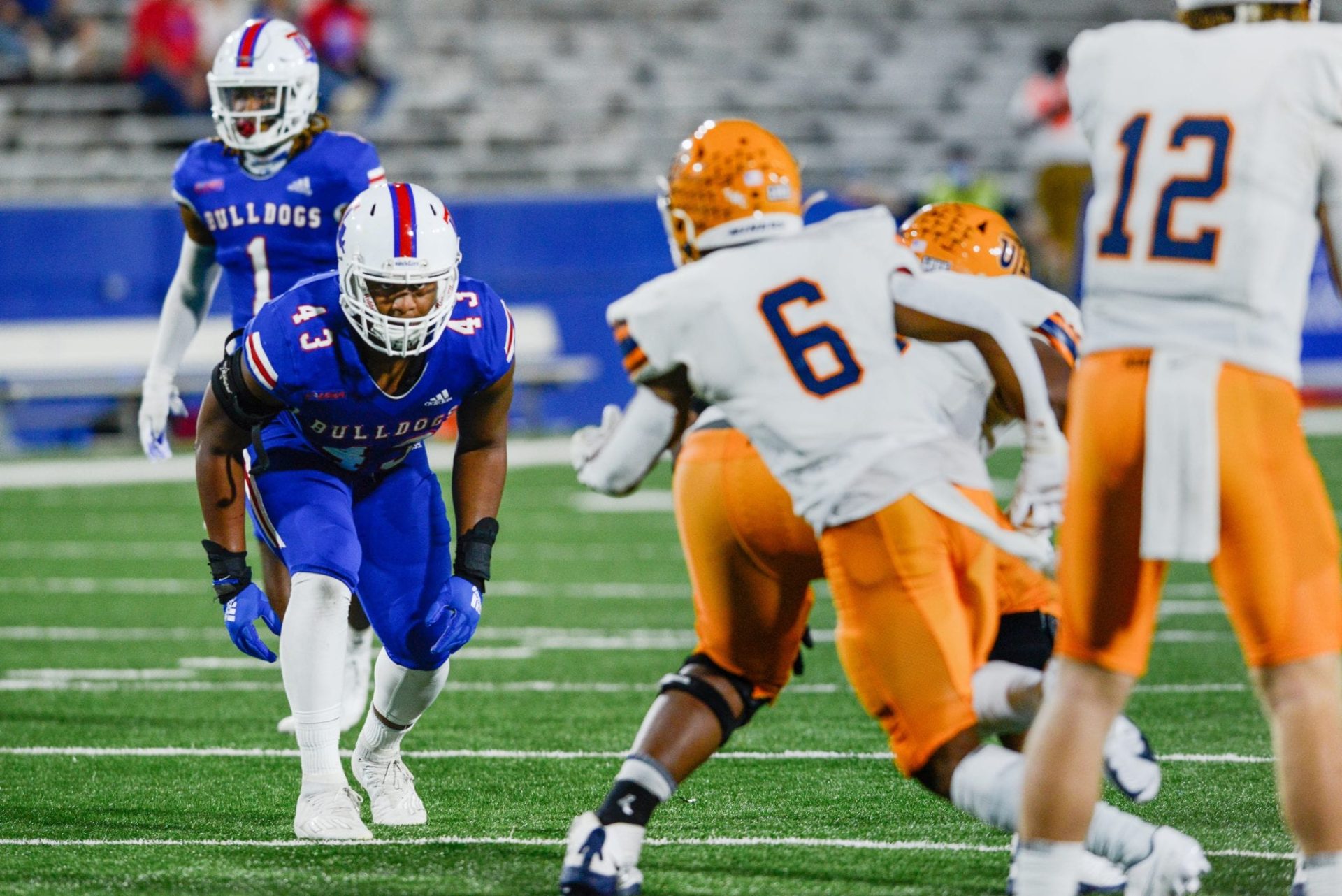 RUSTON — The Louisiana Tech Bulldogs face a big challenge when they take on undefeated Conference USA for Marshall on Saturday at Joe Aillet Stadium.

Kickoff is 5 p.m. on the CBS Sports Network.

The Bulldogs will look to extend an eight-game home winning streak.

Holtz said the UTEP game was “great to win” but there is still room for improvement.

“It wasn’t all positives,” he said. “There’s some things we need to grow on from it. It’s a great learning experience for our team. Hopefully they’ll understand that as we go through this season, we are going be a work in progress as we go through all 11 games. We’ve got to keep getting better.”

Holtz will especially be looking for improvement on offense.

“Offensively, it was the worst performance that I can remember being a part of here at Louisiana Tech,” he said during his weekly press conference.

The Bulldogs were without two starting tackles.

“I don’t think we played the way that we’d like to have played,” Holtz said. “We had way too many loss yardage plays. We struggled protecting our quarterback in the passing game. We have a young quarterback, inexperienced quarterbacks back there that we had to make some adjustments to what they were doing against us. I don’t think we handled those very well.”

Marshall opened the season with a 59-0 win over Eastern Kentucky. The Thundering Herd then defeated Appalachian State 17-7 and WKU.

Brendon Knox leads the Herd in rushing at 110 yards per game. He has scored five touchdowns.

Grant Wells has completed 43 of 70 passes for 632 yards and four touchdowns with one interception.