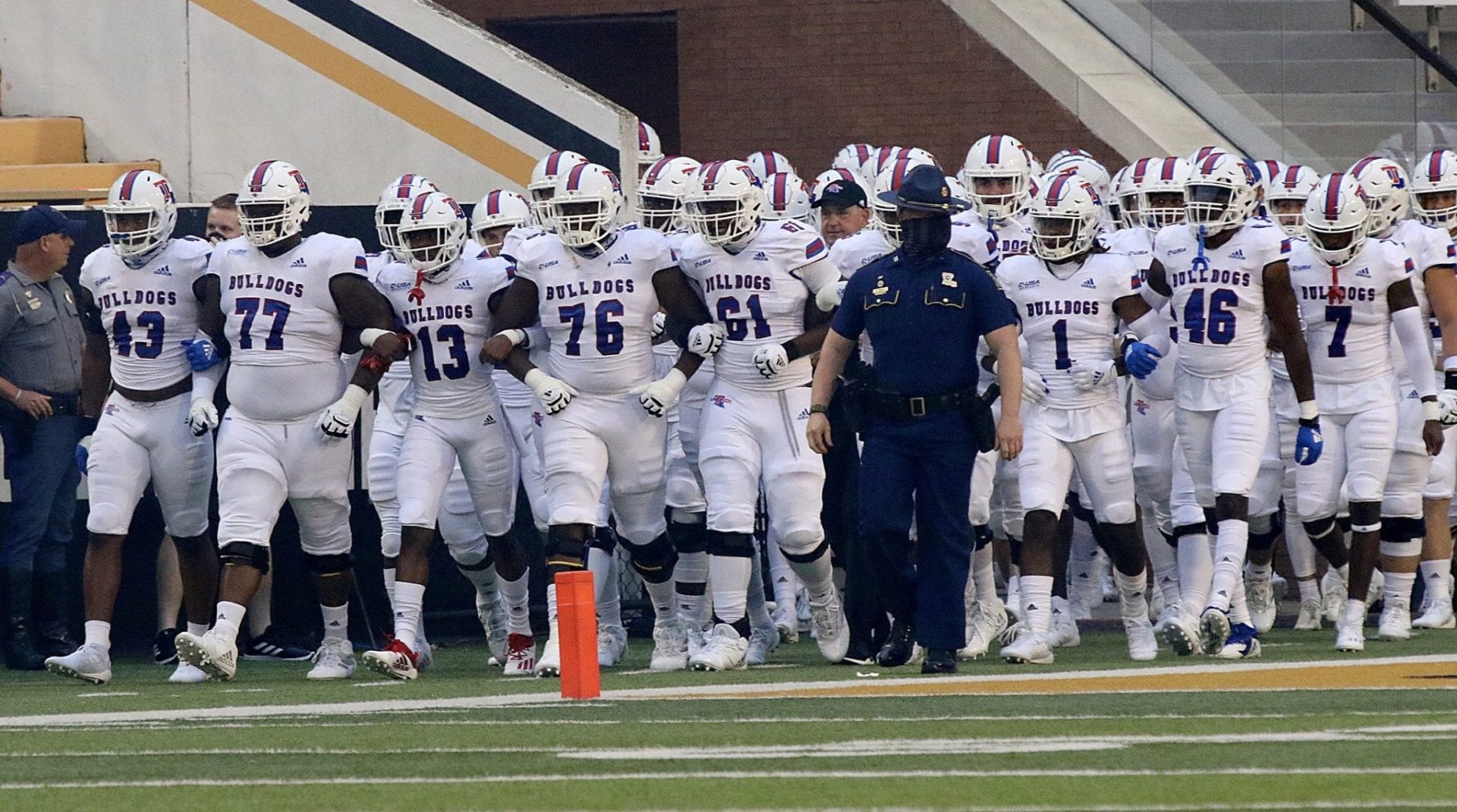 It’s the first meeting between the Bulldogs (1-0) and Huskies (0-2) in program history. Houston Baptist is a member of the Southland Conference.

Tech is coming off a 31-30 come-from-behind last-second victory over Southern Mississippi in its season opener.

“As proud as I was of the first game’s success, this team and what they did, I watched film and you cringe at where we are fundamentally and execution-wise and all the things that we can do so much better to be able to go out and execute on the field,” he said.

“That’s where our real emphasis has to be as when we walk out on the practice field Tuesday, Wednesday, Thursday and Friday. We have to get better as a football team if we want to achieve any of the goals that we have on our board right now.

Since joining the ranks of Division I-A/FBS in 1988, Tech has posted a 102-41 record at home, a winning percentage of 71.3 percent. Tech has dominated when playing on its home turf since making the transition to Division I with a record of 28-4 in home openers.

Tech overcame a 17-point deficit in the second half against Southern Miss.

With the Bulldogs down 30-24 with 21 seconds left in the game, graduate student quarterback Luke Anthony took the snap at the USM 4-yard line and found junior wide receiver Griffin Hebert in the back of the end zone.

The call on the field was incomplete, but upon review, Hebert had a foot inbounds for the reception to tie the game. Redshirt freshman kicker Jacob Barnes converted on the extra point.

Former Benton star Ezekiel Barnett, a linebacker, had four solo tackles and was in on six more. Two of the tackles were for losses. Former Benton standout Doyle Adams Jr., a receiver, also saw action.

Holtz is in his eighth season at the helm. He has collected a 57-36 overall record and led the Bulldogs to six straight bowl victories, including a 14-0 win over Miami (Fla.) in the Walk On’s Independence Bowl last season.

The win was the first shutout in Independence Bowl history and the only shutout of the 2019 bowl season. Just 10 out of 130 FBS teams have won six or more consecutive bowl games, and LA Tech has the only active streak..

Houston Baptist lost its first two games of the 2020 season. The Huskies fell 57-31 at North Texas followed that with a 35-33 loss at Texas Tech. HBU head coach Vic Shealy is in his seventh year and has accumulated a 15-54 record.