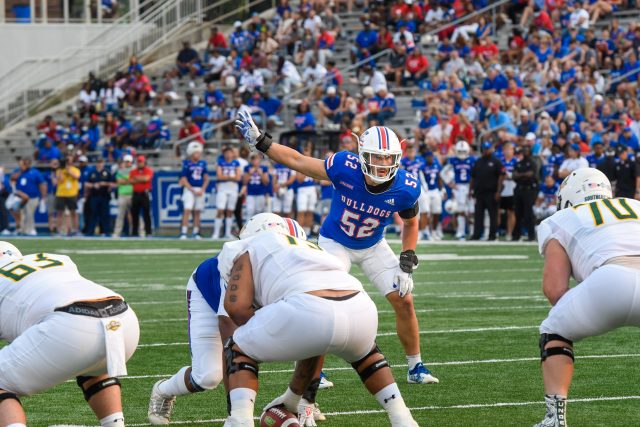 RUSTON. – Louisiana Tech football (2-7, 1-4 C-USA) returns to Joe Aillet Stadium this week as the Bulldogs host Charlotte (5-4, 3-2 C-USA) on Saturday at 2:30 p.m. CT. It will mark the first meeting between the Bulldogs and 49ers in program history.

ABOUT LA TECH (2-7, 1-4 C-USA)
Louisiana Tech will open a two-game homestand this week as the Bulldogs look to get back into the win column after five straight losses. Six of Tech’s nine games in 2021 have gone down to the wire as each of those contests were decided by a single possession. The Bulldogs have registered two wins in 2021 with a 45-42 victory over Southeastern and a 24-17 conference-opening win against North Texas.

Head coach Will Healy is in his third year at the helm of the Charlotte program where he has accumulated a 14-14 overall record.